yeah in the same breath he was informing me, against my own firsthand experience, that it’s a racist monoculture that doesn’t admit any outside influences (i.e. his fantasy).

a south-east asian monoculture covered in churches, 7/11s and fried chicken shops. truly a hermit kingdom that has preserved its identity for thousands of years.

I'm cracking up just thinking about it. Remember that one time they had a border skirmish with Laos? Makes you wonder what good all the WW2 books are if they don't have geography.

Didn't he double-down and say it was "close enough?"

dilbs pls. pls. stop. pls. i like how that random site you found omitted the public place part, kinda an important detail innit.

breach of the peace is cited a lot in private dwellings … in scotland.

it's almost like different jurisdictions have different laws scotland has that funky "not proven" verdict along with not guilty lmao.

dilbert, if police get called to your property because you’re brandishing a knife, and it’s escalated enough that the cops come … that’s not breach of the peace. that’s an offence against the person. a serious one. aggravated assault, at the minimum. a fear of harm involving a weapon. if not attempted GBH, if they wanted to ‘press charges’. breach of the peace with a knife oh my fucking god. shut up you absolute moron.

Its whatever the police want it to be, whatever they think they can charge you with, and often breach of the peace - which can be in a private dwelling - is the first holding charge and until they can get everyone to sober up and figure out what is going on.

also the idea i should still have a police record for being arrested for having a totally legal substance … how would that ever be fair or proportionate? if the cops arrested you carrying unmarked pain pills, and they turned out to be legal, do you think it would be fair and prudent to keep that on your record for the rest of your adult life?

e.g. as a private tutor, you have to submit an enhanced CRB, which will literally printout every single thing the police database - not the public record - has on you, including times arrested and kept in jail, for instance.

You're incoherent and contradicting yourself, get a grip.

So how did your arrest for class a drug possession not get flagged in your Korea visa application?
Most strange no?
Русский военный корабль, иди на хуй!

it was not a drug at the time dilderp come on man. the trolling scstick is getting sad

Its northern south-east asia you mongs

Oh have you invented a new region?
What's it like living in south south east asia?

So how did your arrest for class a drug possession not get flagged in your Korea visa application?
Most strange no?

because i was arrested on SUSPICION of class A drugs. not 'for class A drug possession'. they can't possibly know or confirm what a person has when they find an anonymous white powder on a home call until its tested with reagents or at a lab. you absolute mong. it's not like sniffer dogs are trained in advance to recognise novel research chemicals, or that they'd been surveilling my phone for weeks and rumbled my underground cocaine dealing empire, equipped with a warrant and knowing exactly what they're looking for. they found an unidentified white powder in my room. how can you nick someone for 'class A' when you don't know what the fuck it is? why not nick them for 'class B', considering how much info they have? 'class C'? throw a dart at a board? christ dilbert. the key word, and all they needed to enable them to take me into custody, was SUSPICION of.

you can't hold someone in a jail cell for days or weeks whilst a lab returns its standard battery of tests or chromatography results or whatever. drug possession is a criminal offence but the UK legal system has rules about keeping people custody in jail for the vast majority of offences without there being any charges. derp. they had to bail me the next morning even with a drugs charge pending. as i said: i wasn't taken in under the terror act, they couldn't detain me indefinitely.

the substance they seized from my place was as legal as sugar and salt. ergo: no possession charges for anything. i got a results and confirmation letter about 3 weeks later, when i was back at home, informing me that the drugs charge had accordingly been dropped, and that was the end of my entire legal travail. no lasting records or consequences. fin. definitely nothing about knives or assaulted girlfriends.

nothing ever was mentioned about 'breach of the peace'. i've never mentioned the phrase or the offence once in all my acres of text on the incident. that's because it's total nonsense. something you seized upon all of 3 days ago.

why would it be right to keep a police record, to show up on visa applications and career background checks for the rest of one's life, when that person wasn't actually in possession of anything illegal?

you are literally fucking hopeless man. do not change your day-job. the Bar Association is not waiting for your esteemed presence.

You're incoherent and contradicting yourself, get a grip.

i'm not working with children in a school, hence i didn't have to submit an enhanced CRB. but, with regards the usual CRB, any cautions or fines or charges absolutely would show up. IF i was waving around a knife and 'threatening my girlfriend', that would be on my record. you don't skip out of jail the next morning to return back to your same residential property that you share with the 'victim', if you've been nicked for brandishing a lethal weapon. for fuck's sake use your head!

nothing showed about my 'arrest' for drugs because i was in possession of a totally legal substance. as is entirely proper. in what possible justifiable public interest is it to know what i got up to with perfectly legal substances? use. your. head.

Its northern south-east asia you mongs

they don't even have remotely the same cultural identity or history.

and their ethnicities are quite markedly different.

a bit of a faux pas for our resident race scientist to confuse east asians with south-east asians.

the equivalent of confusing blonde danes and norwegians with greeks and macedonians.

the equivalent of confusing blonde danes and norwegians with greeks and macedonians.

the crazy thing is that australia is pretty plugged into the orbit of south-east asia’s regional politics and relations. they deal with their northerly neighbours a lot. as when, for instance, they’re dumping their refugees in horrific jungle detention centres ran by tinpot regimes.

indonesia is pretty far away from korea.

the crazy thing is that australia is pretty plugged into the orbit of south-east asia’s regional politics and relations. they deal with their northerly neighbours a lot. as when, for instance, they’re dumping their refugees in horrific jungle detention centres ran by tinpot regimes.

indonesia is pretty far away from korea.

dilb does live in south australia so give him a break

more no go areas in the north. why are whites like this?

I admit Tim Allen had fallen off my radar entirely. I don't remember the last time I afforded any of his stuff much thought. That said, he makes a good punching bag: 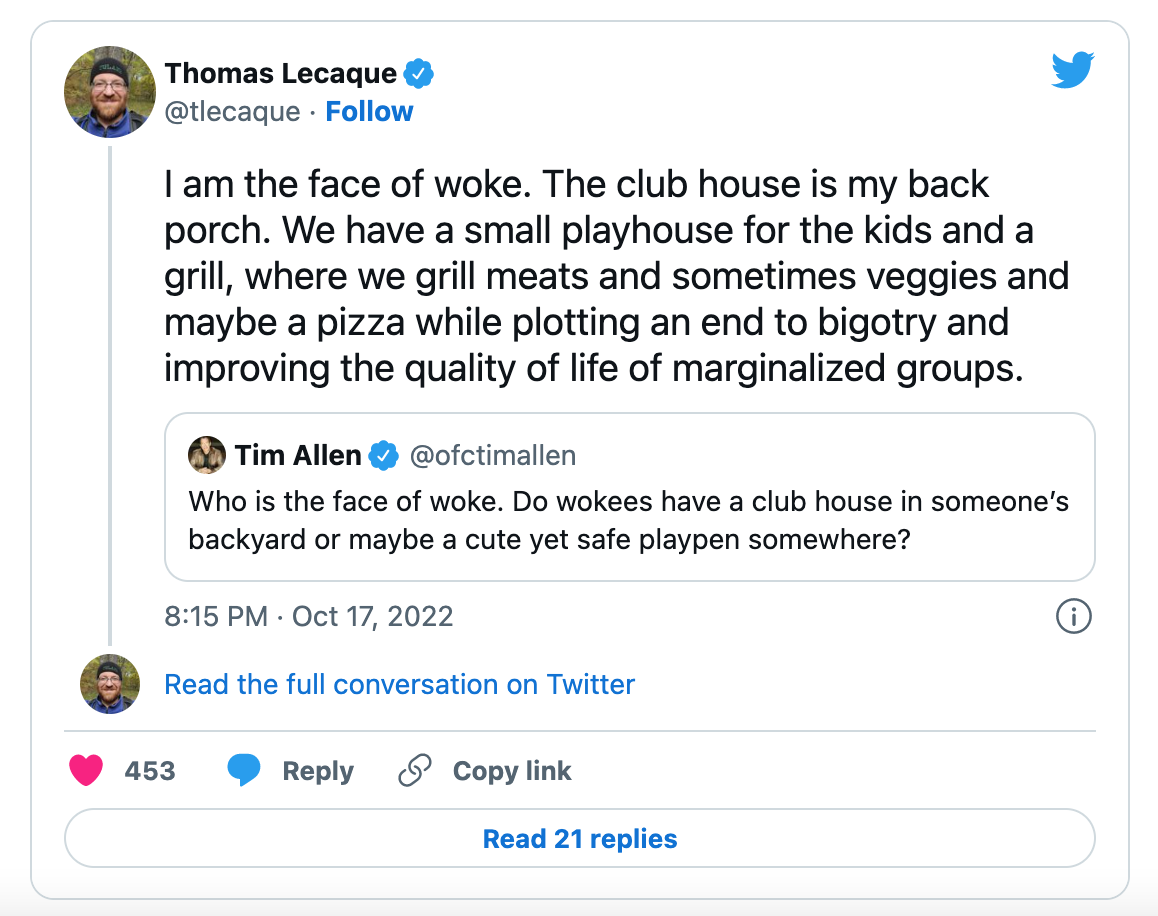 Tim Allen Becomes Butt Of The Joke After His Whine About 'Woke'
https://www.huffpost.com/entry/tim-alle … 268c4cfc1c

I wonder how he feels about that new Buzz Lightyear movie.

I wasn't aware, or forgot, that he didn't even star in that. Very funny that the man who for so long played toys and Santa Claus is making fun of empathy and "other childish things." Boo.

I joined the NAACP today. You can never call me racist against black people again. I have a literal race card to wave away all of those old and also fake post of mine.


I was seated next to the vice president of the NAACP at a political event tonight. I already knew the person and was part of the some other initiatives but was not close. We talked and they invited me to join and come to their events. The NAACP has been active in promoting new minorities into leadership positions up and down the region since the demographics are changing. They straight asked me if I wanted to eventually move into admin and I said yes. They said I should come to more meetings and they will introduce me to other people.

macbeth you are not black

she was a true pioneer

A black lady at the mall told me to go fuck myself. I was sitting on a bench and had a bag. She came over and put her bag on the bench. I moved my stuff to the other side because I thought she was going to sit. She was just tying her shoe. She said

"You really moved your bag? Fuck you."

"I tried to explain I thought she was going to sit but she wouldn't hear. She probably thought I was racist even though I am literally a member of the NAACP. I am here to help. 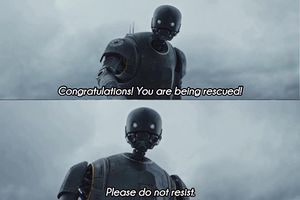 I don't really fault her initial irritation thinking you were afraid she was going to steal your stuff. Too proud/embarrassed to admit she thought in error though.

A famous rapper got smoked outside a Dallas bowling alley at the age of 28. I have students now staring at their phone not doing work with this guy's greatest hits (hood shit) playing on TikTok.

Very frustrating situation from top to bottom. I resent the rapper for promoting hood shit and then dying like a gutter creature. Just another statistic. I really resent these young black and brown men who don't want to do any school work and then act like I am doofus for trying to help them. This happens often.

I wish I could sit some of these men down and give them a talk about the challenges they are going to have in the future and how there are people out there desperate to see them fail. I also expect it to go from one ear to out out the other though. And I would get canceled for trying to have that talk too.

pretty standard 'cycle of violence'/'cycle of abuse' stuff, isn't it?

i don't know much about houston, tx or the rap culture in the south, but it seems strange to me that chart-topping, multimillionaires are attending and getting into fights over dice games. dying over small change is tragic, no two ways about it.

you're right, they are going to face challenges in the future: they'll probably have to work twice as hard to overcome the accidents of their birth and the systems they've been raised in, in order to achieve an average, middle-class level of stability and prosperity. family and support networks aren't there in place to pick them up as easily when they fall down. but it's also just a sad truth that some of the only routes to privilege and success for the young black men you teach are in industries that doesn't equip them for shit: professional athletes, rappers, etc. all of these young men have notorious track records for mis-spending their fortunes or generally not managing adult life very well.