Asian-Americans are buying guns to protect themselves amid a spike in anti-Asian hate crimes fueled by the coronavirus pandemic, firearms merchants say.

“There are more Asians being introduced to firearms,” said Jimmy Gong, the owner of Jimmy’s Sport Shop in Mineola, New York. “Before, there was never gun culture in the Asian community. But after the pandemic and all the hate crime going on, there are more Asians buying guns to defend themselves.”

Gong said that his gun sales have doubled during the pandemic, and about half of his business comes from Asian-Americans, who also buy lots of pepper spray.

Other gun stores around the country are seeing more Asian-American buyers. Danielle Jaymes, general manager of Poway Weapons & Gear in Poway, California, said there’s been a 20% increase in Asian-American first-time customers to her store over the last year, compared to the year before. She said they’re buying guns for self-protection. 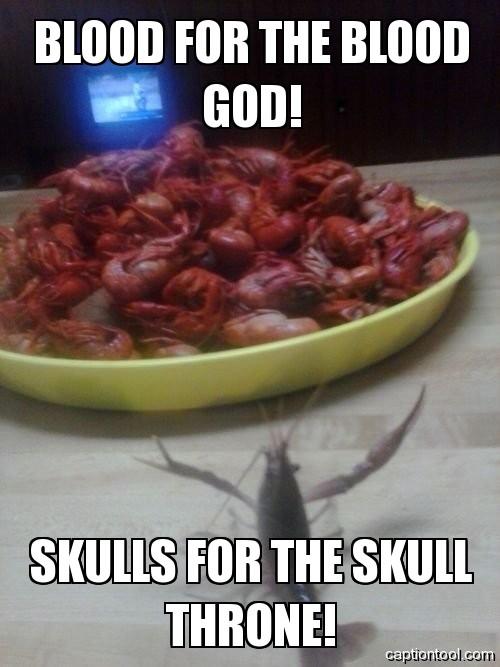 I am surprised indentured servitude hasn't come back as something libertarians think will be good for the country.

I never understand why a certain subset pushes the more guns = more safe shtick. That line was trotted out after a similar article in response to a recent surge of carjackings in Chicago. More people being armed is only a deterrent if people aren't using them. I don't want to witness the aftermath of regular shootings regardless of whether or not it's stopped or cut short by a bystander.

It's shallow reasoning. A gun in the hands of a "good guy" does have the potential to abort a "bad guy's" shooting spree (ignoring the damage the "bad guy" could have done before that point). One problem lies in detecting "bad guys" before you allow weapons to be sold to them. Another is that the "good guys" may not react correctly (if at all) and shoot someone mistakenly in the panic. Or tweet a rampaging mob telling them where Democrat colleagues are hiding.

Barring some detracting factors, it probably makes sense to carry as an opportunity for self defense on an individual level. But it really is an unsightly patch over a problem that needs to be solved on a legislative level.

Addressing it on a legislative level is fraught with roadblocks.

A carry gun is moderately useful for protecting yourself, no more, no-one is really going to go full die-hard and take out a dozen terrorists.

But then if everyone has a carry gun then drunk-shootings, lost/on-sold guns reaching criminals etc are going to be commonplace so the net effect is probably negative.
Русский военный корабль, иди на хуй!

no no, remember, an armed society is a polite society. Because in a cretin's mind, the only way to be polite is to stare down the barrel of a gun. And every armed person is a green beret in waiting, ready to go John Wick on a mass shooter.

I find it interesting when people talk about calculated risks, and the idea of "id rather have it and not need it than need it and not have it". From a strictly numbers perspective, people who profess this way of thinking would probably be better served wearing a helmet when they go outside than not, since they are more likely to fall and crack their head open than come across a situation where potentially deadly force needs to be used.

I find it pretty baffling considering the mountain of articles that has been written about the worldwide trend in the relationship between conflict, excessive civilian casualties, violent crime and small arms proliferation that some cavemen in the US are still convinced that a society armed to the teeth would be somehow safer. It's time people recognise the second amendment was written almost 250 years ago and it shows.

Like all politics in America in comes down to homosexuality. Many men see gun ownership as making them tough and manly and only gay men don't like guns. Same thing with owning trucks, not wearing pajamas, not putting milk in your coffee, drinking whisky, and more. 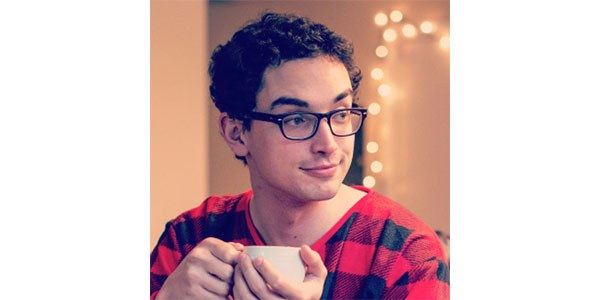 It's kind of amazing how you're able to demonstrate toxic masculinity while also criticizing it completely non-ironically.

The first court appearance for the man charged with killing eight people in a series of shootings at massage parlors in the southeastern U.S. state of Georgia reportedly been cancelled.

Robert Aaron Long, 21, was expected to be arraigned Thursday afternoon in Cherokee County, but a county court official told The Washington Post Thursday morning that Long’s appearance had been cancelled.

Reuters also reported Thursday that Long’s court appearance had been scratched but did not explain why.

According to the Post, the county court official could not explain why Long’s court appearance was cancelled, saying only that evidence in the case has been “sealed up” and that “all I can say is that it has been cancelled today.”

Also, I'm still interested to hear why it can't be both sexually and racially motivated. Everyone's so cautious to avoid jumping to conclusions on the racial aspect, but it seems like the real burden would be in proving that it's not. Are misogyny and racism mutually exclusive or something?

On another note, why does a police captain need to be hawking low-key racist t-shirts. Real great guy to put behind a microphone in defense of a murderer. Bad day indeed.

In Facebook posts last March and April, Baker encouraged followers to buy an anti-Asian T-shirt that said the coronavirus was an “imported virus from Chy-na,” repeating similar language then-U.S. President Donald Trump began to use shortly after the global outbreak began.

“Place your order while they last,” Baker said in one of the Facebook posts that he has not commented on.

no no, remember, an armed society is a polite society. Because in a cretin's mind, the only way to be polite is to stare down the barrel of a gun. And every armed person is a green beret in waiting, ready to go John Wick on a mass shooter.

I find it interesting when people talk about calculated risks, and the idea of "id rather have it and not need it than need it and not have it". From a strictly numbers perspective, people who profess this way of thinking would probably be better served wearing a helmet when they go outside than not, since they are more likely to fall and crack their head open than come across a situation where potentially deadly force needs to be used.

It is funny that people carry guns 'just in case' but don't wear body armour to go to the bank or buy groceries.

If I lived in America I would have a handgun though.
Русский военный корабль, иди на хуй!

Hmm, I wonder if this is inspired by the news
"Chinese grandma beats the shit out of a white guy with a plank after he punched her #stopasianhate"
https://www.reddit.com/r/PublicFreakout … white_guy/

that's such a shitty part of SF. I've stayed in the civic center area and its infested with drug addicts. I particularly remember walking out of my hotel to get breakfast and in about 100 feet seeing-

a guy lighting heroin in a spoon
a guy nodding off with a needle in his arm
city workers pressure washing the sidewalks, which resulted in a number of needles getting washed into the gutter

Doesn't surprise me that someone got punched there. What surprises me is the lack of bums in the video.

It's kind of amazing how you're able to demonstrate toxic masculinity while also criticizing it completely non-ironically.

I don't understand what you mean. I am a LGBT ally now. I plan to coach America's first LGBT team so I can wear a tracksuit to work 5 days a week.

10 people dead at a supermarket in Colorado. In retrospect the week long focus on Spa Man might have not been a good idea.

At least some of my Republican friends scoff at claims that these shootings never happened. If only they'd stop voting for Republicans, though.

The best Washington Republicans could do to field a man against D incumbent Inslee was yank a rebellious cop from the east side of the state, dust him off, and place him behind a microphone.

REPUBLIC, Ferry County — On the dusty, unpaved road leading to Loren Culp’s house, a no trespassing sign calls out a warning to “all public officials or agents thereof.”

Quoting the U.S. Constitution, the sign declares any officer or person who attempts to enter the property without a warrant “will be treated as any other intruder would” when attempting to “extort, injure, oppress, threaten, harass, intimidate …”

In case that isn’t clear enough, visitors may consider the message in the road’s name, which Culp picked himself: Goa Way.

The prickly pun fits with the platform of the small-town police chief running as the Republican challenger to Democratic Gov. Jay Inslee. A proud conservative who rose to prominence for refusing to enforce a voter-passed gun-control initiative, Culp says government should be small and mostly butt out of people’s lives.

That means few or no restrictions on firearms — Culp doesn’t support a ban on bump stock devices, which allow rifles to fire like machine guns. He’d end mandatory mask orders and shutdowns of businesses meant to slow the spread of COVID-19.

“I am not anti-government. I am anti big government. They need to stay in their lane and mind their business,” Culp said.

Some of the "Left-centrists" I know also just voted for him just because they're "tired of Inslee." They didn't even bother reading about this guy. Uninformed voting sucks.

The shooter has been identified as 'Ahmad Al Aliwi Alissa'. So it looks like the Muslims win (lose?) the "Muslim or Incel" game today. Maybe in 7 days we can get a tie breaker for this March Madness.

Could he be both a Muslim and an Incel?

Indeed he can be. We had two incel attacks this week.

The guy used his stimulus check to buy an AR-15. Why would Joe Biden allow this to happen?

isn’t the shooter one of those white kids who adopt islam, rather than an ‘ethnic’ muslim that most conservatives like to be xenophobic about?

an incel with an adopted arabic name and an AR-15. this just sounds like someone adopting a pick-n-mix approach to internet-fuelled radicalisation.

nevermind i actually bothered to check some english media about it. me wrong.

He is an Arab who immigrated from Syria almost 20 years ago. From the mugshot you probably wouldn't know he was even an Arab unless he tried to behead you. 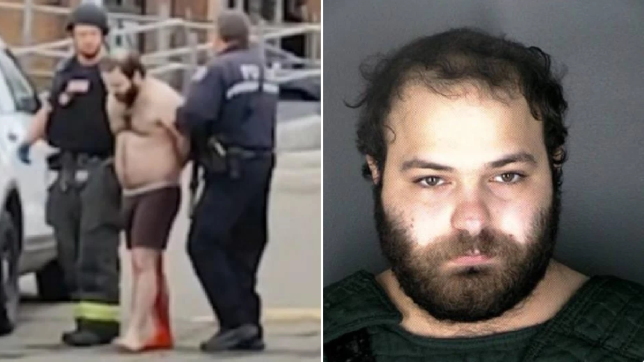 Benjamin Netanyahu warned us about this.

yeah i only saw his mugshot once in passing. i haven’t been reading the daily western news churn whilst here. it’s kind of nice not to think about it. i can probably skip america rehashing the AR-15 debate for the 13,764th time.

just remember: this one can’t be mentally ill and he definitely didn’t just have ‘a really bad day’. he is evil incarnate and an existential threat to your way of life!