Imagine what its like when half the employees are deranged, chinese or both and the quality manager gave up ten years ago to focus on getting himself a law degree.

Worst of the worst - Filenames with 30+ characters, many of them non-alphanumeric, in folders with names 30+ characters long all named inconsistently and redundantly and with helpful garbage thrown in "Not this folder the other one" "Bob only to use this folder" etc.
Putting the date, version, author, title, subject matter in the filename and altering the order from file to file making ordering and sorting impossible.

Then ported to a linux server, copied onto a portable hard drive, moved to a windows server, then copied and renamed - breaking all the internal hyperlinks which were stupid anyway - by a deranged Vietnamese woman who hates life itself.

At least its not my problem.
#FreeBritney

Got a call on Friday to offer me a start in August for the dream job. I applied in 2019 and have been waiting to be placed in the academy. About time.

Personally if I was overseeing UI rearrangements, it would just be provided as a template to switch to and not changed by default. Annoys me when my phone changes layouts in updates too, or gets impatient and self-updates regardless of whether or not it's connected to wi-fi. Like, stop.

Solidworks did a major update a while back which completely changed the colour palette. It was actually an improvement but took a lot of adapting to as it just takes the brain time to absorb the change, and there was uproar as it was unexpected and unannounced.
Eventually they patched it so you had the option of choosing the old or new.

Now the old style looks like shit but its a case study in not making a major change and annoying the user base.
At least it wasn't ProE which seemed designed to give users strokes.

It took awhile to get used to Adobe software going gray (went from Photoshop 7 to CS6). At around that time, I think 3dsmax also switched looks. Not too much felt functionally different, but it was a shot to the equilibrium like cold water on your eardrums.

My position is more internally complicated. There are sometimes computer-illiterate, or job-illiterate clients, but they aren't a huge factor in frustration. We can always drop a client who becomes dishonest or problematic to work with. But within the company there isn't a terrible amount of discipline going on. I could probably count on one hand the number of people who have been fired since the aughts, and most of those probably got second chances afterwards.

(necro edit: i'm actually for second chances even if it does cause problems from time to time)

Got a call on Friday to offer me a start in August for the dream job. I applied in 2019 and have been waiting to be placed in the academy. About time. 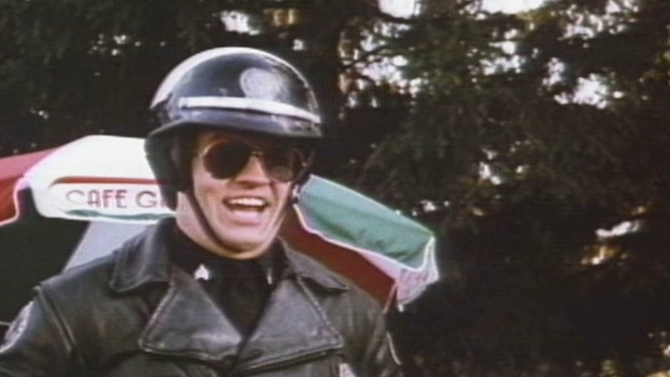 So whats the job

Is that a police officer? Maybe he wants to be a parking officer? What am i looking at

So whats the job

Congrats. It is always nice to see someone reach their dreams.

Apparently there's an organizational announcement and I'm about the only one in the office not invited. Hope they just forgot me lol

Apparently there's an organizational announcement and I'm about the only one in the office not invited. Hope they just forgot me lol

I walked past a room at the end of the day where a bunch of people in my department were hanging out and sharing food. I don't know what was going on in there but I wasn't invited.

i missed my own goodbye announcement last week, in the wider company meeting. because of the time difference i was already out getting drinks. forgot about the meeting. woops. my managing editor was bigging me up to a conference call full of people and i wasn't even in on the call.

Always pays to scroll up for your freshly deleted posts so I can see which of my replies left hanging in the breeze I have to prune.

Gotta start quoting him when you reply

Always pays to scroll up for your freshly deleted posts so I can see which of my replies left hanging in the breeze I have to prune.