Thanks for reminding me I need a new backpack rain cover, I left mine in Italy.

i recommend A.P.C. when it breaks, you can spend a week of your time arranging for it to be fixed. that way, you become more sentimentally attached to your garment!

Upgraded from cable broadband to the NBN.

Speeds are 1/4 of what they were before.

Thats socialism for you.

sounds like you made a consumer choice as a rational agent in an open market.

it's definitely the right-wing.

Was your broadband anti-semitic?

sounds like you made a consumer choice as a rational agent in an open market.

it's definitely the right-wing.

Sounds like the govt didn't give us a choice.

Will probably a case study in why govt shouldn't meddle in free enterprise.
https://en.wikipedia.org/wiki/National_ … nd_Network

I can see the point though, many areas had no internet at all.
Now most areas have more expensive and poorer quality internet than they had before.

The govt should have funded a backbone and connection guarantee and left it at that.

The next disaster is the submarine project, this is more serious.
https://en.wikipedia.org/wiki/Attack-class_submarine

wasn't it australia who ended up going into a defense contract with france for nuclear submarines, and now have utterly useless nuclear submarine tech that they're heavily indebted to france for? arranged on some labyrinthine contract where all the training and replacements have to be done through about 3 world governments/militaries? was that australia or am i thinking of somewhere else?

I wouldn't even qualify NBN as a first world problem. It was supposedly to drag Australia kicking and screaming into more of a world standard internet, but made connections even worse for a lot of people.

I remember reading an article saying that public transfer to it was supposed to be complete by like 2022 and the other networks were going to be fully shut down. Forced migration. If true, that doesn't really sound like a matter of choice to me.

Problems not too dissimilar in the US in areas where there is no competition for broadband. Don't enjoy intermittent disconnections, unreasonable "traffic," phone call buck passing, constant double-billing and being shut down in the middle of what you were doing because of it? Well, tough! Not as if you can jump providers.

I don't see how giving companies like Comcast free rein over everything would pressure them into improving, though.

wasn't it australia who ended up going into a defense contract with france for nuclear submarines, and now have utterly useless nuclear submarine tech that they're heavily indebted to france for? arranged on some labyrinthine contract where all the training and replacements have to be done through about 3 world governments/militaries? was that australia or am i thinking of somewhere else?

Must be somewhere else.

Australia is buying a French nuclear submarine design, converting it to diesel-electric (because nuclear is bad), building one or two in France then the rest in Australia.
The weapons control system will be provided by America, but America will not provide any information to France as they have a history of giving/leaking it to anyone and everyone.
Weapons will be torpedos and conventional missiles (again, nuclear is bad)
The contract with France is woolly, the cost open-ended and there's no written requirement on how much of the work will be done by Australian.

Meanwhile China is busy mapping the seabed around Australia, and used the opportunity of the MH370 crash to sail right up to the Perth submarine base and observe it for months.

So yeah, Australia will be facing nuclear-armed China with conventional 1970s technology at a cost of $200bn, most of which will be going to the French.
#FreeBritney

lol glad i had the vague idea in my head somewhere. that does indeed seem like a clusterfuck of almighty proportions. surely a defense minister/prime minister is going to have to answer to that budget.

Its been through about four different PMs and defence ministers so good luck.

Half the problem is Labor sat on it until it was all too late.
#FreeBritney

Someone nearly backed up over the Chicago plant manager with a forklift so now everyone has to wear high vis. They picked yellow instead of orange.

Yellow looks better anyway. Orange makes you look like a track worker.
"Ah, you miserable creatures! You who think that you are so great! You who judge humanity to be so small! You who wish to reform everything! Why don't you reform yourselves? That task would be sufficient enough."
-Frederick Bastiat

Fair enough. Now I have 3 high vis t-shirts and 2 hoodies. So bright.

Someone nearly backed up over the Chicago plant manager with a forklift so now everyone has to wear high vis. They picked yellow instead of orange.

Its amazing how many people can only plan ahead with the benefit of hindsight.
#FreeBritney

There's a hallway where PITs share the pathway with pedestrians and have for years. Some idiot in the safety department decided it's a risk and now they striped off the middle as a one-wide PIT lane and pedestrians have to use the sides so you're immediately in danger when a door opens. I voiced my consternation about how it wasn't ever a problem and got met with the "isn't it better to be proactive?" Meanwhile they're eyeing a parking lot speed limit of 10 mph and saying you can't cut through rows to get more directly to the door.

So I take 300mg Wellbutrin a night. That's the highest recommend dose. The LD50 is 600mg. Since I am an irresponsible person I often forget to fill up my weekly pill case with my medicine. 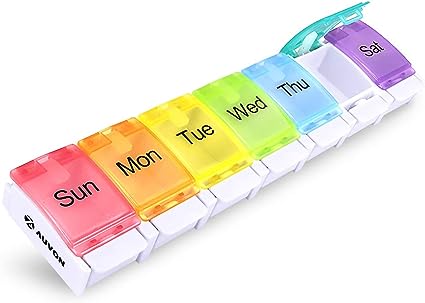 So I have had a few instances of "did i take medicine of not". One time I was so sure I did I called the poison control center to see what to do.

So this Italian American man picks up the phone and I explain to him what happened and I explain the medicines I took and I swear it was like listening to a guy try to figure out how the new cash register works at a pizza parlor. I guess he was typing things into the computer and seeing what it said before giving up and putting me on hold for a little while.

He then came back and repeated the same line like he wrote it down "you may want to visit a hospital". No urgency. He didn't even sound sure himself. So I thanked him for his time and went to bed. Either I wake up in the morning or have a seizure in bed and die. But I survived.

So if you ever hear about me passing away from a drug overdose, it wasn't intentional. I am just too lazy to spend 5 minutes a week filling a pill case.

My FWP? I don't have a wife to manage my medicine for me.

Taking 600mg would increase your risk of seizure significantly, so don't do it.
You probably wouldn't die, just end up disabled.

dilbert citing LD50s as proof of a drug's safety. i thought you didn't like those when it came to LSD, psilocybin, etc.

Taking 600mg would increase your risk of seizure significantly, so don't do it.
You probably wouldn't die, just end up disabled.

Thank you for looking into.

dilbert citing LD50s as proof of a drug's safety.

Except I didn't
#FreeBritney

Chicago and Illinois are limiting public gatherings so a show I was gonna go to is either postponed/cancelled.