Got back from the Isles vs. Bruins rookie game a little while ago. Great game, Isles won 7-2 (not that big of a deal for a rookie game) Heard Tavares is about to sign a long term deal too so tonight has been

I can not fucking wait to see Ryan Strome play in the NHL. He is going to produce more than the octomom.

I loved how it was GA for the game tonight as well. Got sick seats!

I wonder if the NHL sends girls (guys?) to each Pens game to jack Crosby off between periods?  There's probably a long waiting list of volunteers.

Someone should make a new shop of that waah-waah crib pic with Sid innit and put Christina Ronaldo with him. I'll pay karma for a good shop.

My housemates bought an air hockey table and they haven't started fighting yet.

What are they doing wrong?
My state was founded by Batman. Your opinion is invalid.

My housemates bought an air hockey table and they haven't started fighting yet.

What are they doing wrong?

They should have a tournament with a booze prize. That should bring some fists in the air.

If this Jagr-Giroux combo continues into the regular season, Philly may just win the cup. Who would've thought that a team that totally dismantled the way the roster looked would actually come out looking possibly better?

I'm sorry, but that is one the most lethal lineups in the league, especially if Schenn plays even close to how he did in the CHL. Kid is going to be a perennial 70+ point player if not more, no doubt in my mind. Can we go back to the Campbell/Wales conferences please

And he cleared. He can toil with Wade Redden in Connecticut.

I could take Wade for a try out over hia. Could stir some shit up and be loved by the fans. Avery tho can go play at the south pole. Before escaping, that wuss was over here for a handful of games if that during the lock out season. Guess his ego got a dent since he wasn't crowned king (queen) immediately Madden was for 3 games before he ran home crying because it was dark in november before the snow came... Atleast Madden tried to apologize for his escape later on, but he still is considered the worst "NHL-help" over here.

Wade Redden was a major cokehead and one of the most overrated players in the league year after year. Avery was actually somewhat talented at one point but let his emotions and attitude overcome his abilities. That's why I love Ovechkin so much. He's a loudmouth, sure...but he doesn't let it take over his abilities and considering he's one of (if not the best now that Crosby's injured) the best player on the planet, he backs it up.

Capuano just announced Montoya is starting over Nabokov and DiPietro... holy shit this organization is finally doing the right things

Hockey's back (for me) tonight!

Petrell making his NHL debut in Oilers tonight. Man, I wish I could see the game live on TV

4 points in the first period

Great start to the season so far. Phil Kessel has 12 points in 5 games. That's Crosby like. Or should I say... Tavares like.

It really sucks that the Predators have such a strict budget that they can't add any true forwards that aren't borderline 3rd line players. Their defense and goaltending is outstanding, but their leading scorer is David Legwand. Big problem.

Your boy Henrik stood on his head the other night against the rioters, Funky. Vezina worthy performance. Too bad the Rangers defense is about as thick as water. 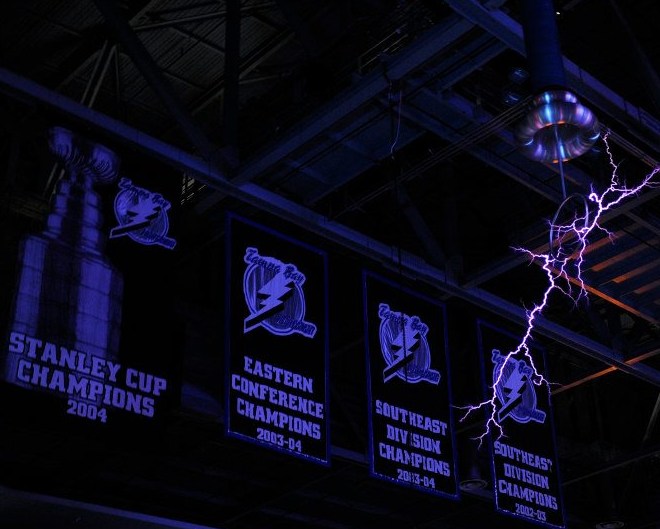 For some reason I see this going hysterically wrong at some point..lol
Xbone Stormsurgezz

For some reason I see this going hysterically wrong at some point..lol

For some reason I see this going hysterically wrong at some point..lol

If they keep it on during the game I would not be watching much hockey at all.

Oh, and the Toronto Maple Leafs suck- I admit it.
The shape of an eye in front of the ocean, digging for stones and throwing them against its window pane. Take it down dreamer, take it down deep. - Other Families

Jagr Bombs! 2 goals and 1 assist against the Maple Leafs. 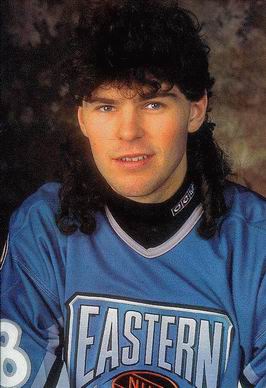 Columbus and the Islanders need to sort their shit out.
What is your Spaghetti Policy Here?

What A Long Strange Trip It's Been

Columbus and the Islanders need to sort their shit out.

Columbus made some moves that appeared decent in the offseason, and I'm surprised they've tanked so far.  The Central is a pretty competitive division, but still...

Once the Blues start firing on all cylinders they're going to be a force.  No Tavares/Stamkos type players, but a LOT of guys that could be in the 40-70 point range at season's end.  Hiring Ken Hitchcock (aka "Kendo Lardassian") was the most exciting move the organization has made in a while...the guy can coach (especially compared to our last two "coaches"...), even if he can't run from one end of the rink to the other.

Columbus and the Islanders need to sort their shit out.

Not while Wang's the owner. We had a chance to finally return to greatness in '06 when he hired Neil Smith, a competent GM who wanted to run things his way - a way that won the team he was running the Stanley Cup. But nope, Wang insisted on being involved in hockey operations.

And now, after another offseason of "we're planning on fighting for the playoffs this year", it's the same old story because 1) JT doesn't have proper linemates 2) We have a 3 goalie rotation 3) We still don't have a 4th top 4 D man and 4) Okposo, Bailey, Comeau, Rolston, Pandolfo all suck. Though everyone except Okposo and Comeau was expected. Don't know what's going on with them because their play has dropped off dramatically.