WW2 seems like a really difficult infodump to plan over the course of a few short classes in a few weeks. A lot of abridgement is going to occur even keeping with whatever curriculum requirements. The causations and politics and all the events leading up to it always felt more like an afterthought in school, nevermind perspectives in hindsight and various takes and legacies. I got more information from books and library documentaries than classes.

I am going to spend at least a month and half on World War 2 with World History students. It is the unit I go above and beyond for. This unit is my favorite. I hype it all year to the kids. Then when the time comes I put on my robe and wizard hat and teach them. 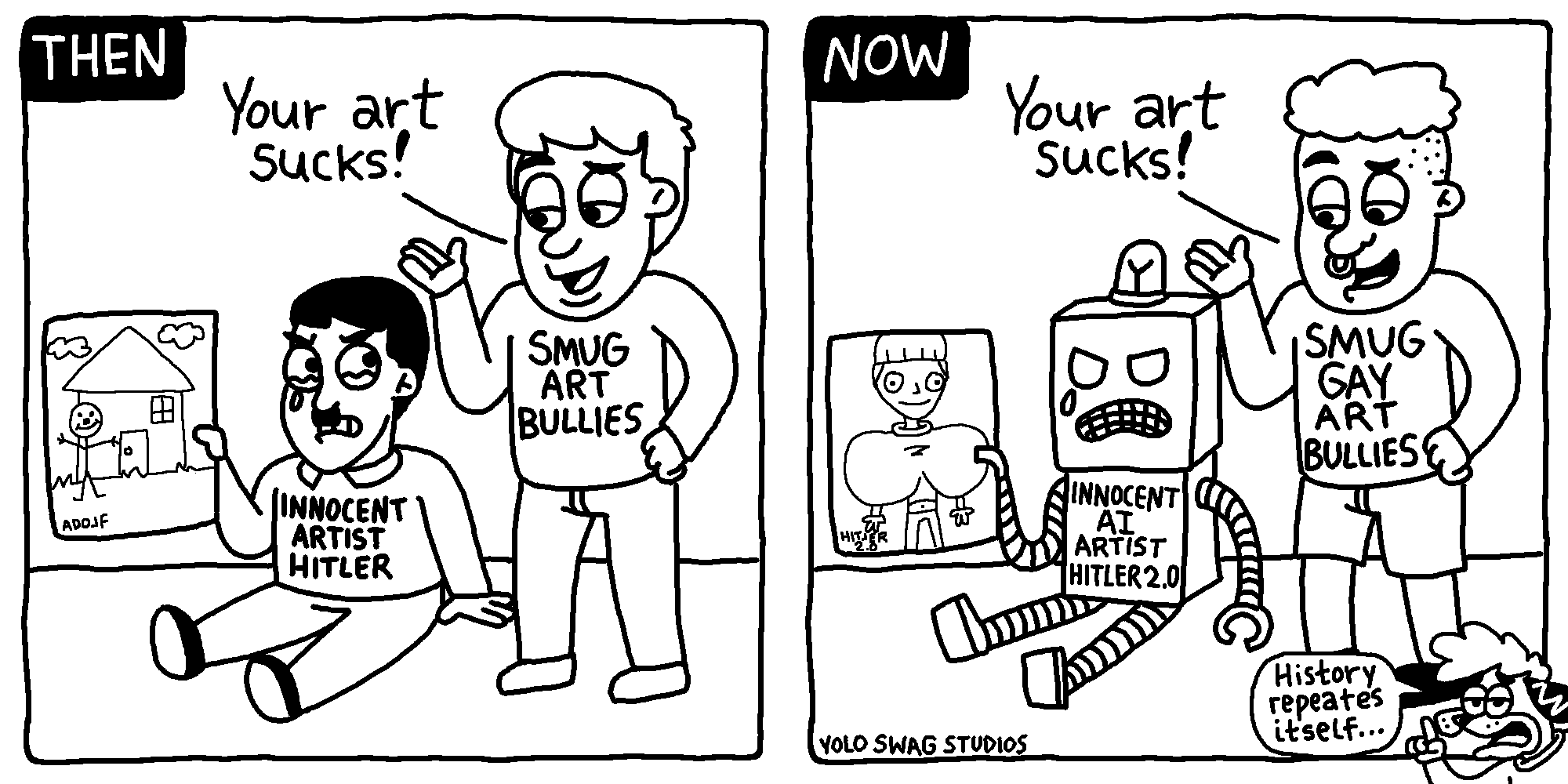 It's probably not a bad idea to get in the habit of being polite to your robot assistants now, before we reach the point where they can feel resentment.

Why would anyone create a Hitler robot?

I could see 4chan programming an AI with Hitler's ways.

Why would anyone create a Hitler robot?

you haven't been paying much attention to the developments in AI or machine learning in recent years, have you?

there was a huge furore in which the head engineer at google went public, and was summarily fired, for airing her concerns over this stuff.

any 'machine' intelligence being worked on is inevitably being loaded with the biases, unconscious as well as conscious, of its creators.

or microsoft chatbots and tools that were launched to the public as a 'neat!' demonstration of the tech, only to be poisoned by 4chan trolls into spouting nazi race hate within a week of operation.

the comic panel is just making fun of this trope.