Resident Evil 1 Is one of my favourite comfort watch films - fuck you guys.

I can't think of anything about that Resident Evil movie that makes it stand out as especially worse than any other video game movie. I think in some respects this whole category is a bit of a traditional punching bag where reviewers compete to see who can weave the most scathing, clippable one-liner. As a zombie movie, it's about middle of the pack for me. Worse movies probably have better overall scores.

RE 1 isn't a great film, but its part of a genre I like, relatively low budget, well paced, tight scripts, great production design.
The much derided Passengers and Tron Legacy also fit.


I especially liked the sarcastic British vending machine in Passengers.

They should have called it Tron 2.0, like the video game. Having "legacy" attached to the title sets a movie back in at least superficial presentation, cementing it in the realm of stuff called "revolutions, revelations, revenge, resurrection)," a style of titling particularly annoying in long series that should be watched in some kind of order. "Tron Legacy," more befitting of a mobile game than a belated sequel to a beloved, nostalgic classic.

Ghostbusters Afterlife should have been called Ghostbusters 3 (first spiritual sequel to the duology was actually the game, but w/e), fight me. GB2016 non-canon.

It was so long after Tron 1 that - actually I don't care too much about the name of a film
#Freed Britney !

Tron Legacy is a sequel to Tron, though. Regardless of the gap of years between the two. It's been awhile since I've seen it. Was there any inheritance in the plot? I'm trying to justify "Legacy" from pure memory.

In 1989, Kevin Flynn, who was promoted to CEO of ENCOM International at the end of the first film, disappears. Twenty years later, his son Sam, now ENCOM's primary shareholder, pranks the corporation by releasing the company's signature operating system online for free. ENCOM executive Alan Bradley, Flynn's old friend, approves of this, believing it aligns with Kevin's ideals of open software. Nonetheless, Sam is arrested for trespassing.

OK fine, so it makes a small amount of sense. It's still a bad title though. But at least there's only two movies to keep straight.

Flynn bequeathed the company to his son, makes perfect sense to call it Legacy
#Freed Britney !

Flynn bequeathed the company to his son, makes perfect sense to call it Legacy

Still has the same dumbass energy as titles like Matrix Revolutions and Metal Gear Rising: Revengeance. 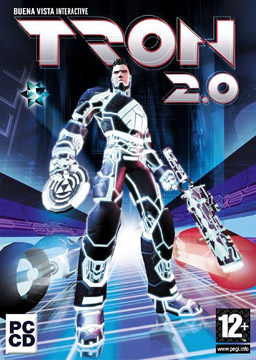 First Blood (everyone calls this Rambo now)
Rambo: First Blood Part II (awkward, but I guess they needed to make the transition to action hero)
Rambo 3 (Rambo 2 could have been Second Blood, come to think of it. on movie 3, it makes sense to get rid First Blood. anyway, on track now, like Alien 3)
Rambo (what?)
Rambo: Last Blood (ffs)

e: I don't think all sequels should be numbered as a matter of fact, though it does help keep track. just some consistency would be nice in a franchise.

At the center of it all is John Cho as Spike, who does his best to make the material come together but never quite manages to. He’s decades older than the original’s 27-year-old take on the hero, and, maybe to accommodate the age change and keep up with the live-action take’s tone, Cho has toned down the character’s immaturity. In the anime, Spike tries to mask his hopelessness with charm and nonchalance, two traits that have been massively downplayed— this Spike’s a much more serious man. Another consequence of his age change is that, when we see what exactly Spike was up to during his time at the Syndicate in an exhausting flashback episode, we’re not seeing a teenaged boy being unknowingly exploited by a shadowy crime syndicate, but a middle-aged man who should probably know better.

I called it the moment I saw the trailer.

Coming as a surprise to none, I'm sure. I wonder which movie first had its unfaithful way with the source material.


But seriously, after watching the trailer a few times...I think I will enjoy this. Don't think of it as a remake but a reinterpretation. They seemed to go for kitsch and it will probably work. I can stan this.

You probably can't make a live action of this scene and have it be taken seriously.

I decided to give the whole thing a second chance after the New York Times ran an article on the music since the original composer came back for this.
https://www.nytimes.com/2021/11/17/arts … kanno.html

First Blood (everyone calls this Rambo now)
Rambo: First Blood Part II (awkward, but I guess they needed to make the transition to action hero)
Rambo 3 (Rambo 2 could have been Second Blood, come to think of it. on movie 3, it makes sense to get rid First Blood. anyway, on track now, like Alien 3)
Rambo (what?)
Rambo: Last Blood (ffs)

e: I don't think all sequels should be numbered as a matter of fact, though it does help keep track. just some consistency would be nice in a franchise.

Mostly simpatico. Even if this is just for fun, he's right about some of that stuff. Alhough especially with video games purely numbering them wouldn't make sense when they don't take place within some kind of chronological order or even continue the same story with the same characters. Been my opinion since before AVGN.

Calling the Hobbit movies "Lord of the Rings 4-6" would be silly. Do all the Fast and Furious movies even take place on the same timeline?

FWIW I think the Harry Potter movies aren't numbered, but there are numbers somewhere on the box "spine" (on at least one edition(?)) to help people who aren't absolute hyper nerds to keep them sorted out.

Cinemassacre's film library is absolutely massive. It can't be fun to have to refer to wikipedia all the time just to sort them into place on their shelves. Just off the top of your head, neatly order all the Hellraiser titles (stops being easy after 4).

Does Mario even have a proper timeline? Where does the tennis and party stuff take place? Between Mario 3's trippy stage play setting stuff and the time Bowser became a universal threat? How does Mario Maker fit in? I think the series as a whole defies chronological storytelling.

Legend of Zelda bounces all over the place in its timeline. I don't even know if they're all in the same universe.

But seriously, after watching the trailer a few times...I think I will enjoy this. Don't think of it as a remake but a reinterpretation. They seemed to go for kitsch and it will probably work. I can stan this.

I decided to give the whole thing a second chance after the New York Times ran an article on the music since the original composer came back for this.
https://www.nytimes.com/2021/11/17/arts … kanno.html

I just watched it. It is one of the worst things I have ever seen. It's one of those remakes that diminishes its source.

I don't even know where to begin unless you know the anime.

i don't understand the appetite for adaptations, period. so you mean ... you really like something ... but rather than re-watching it, you want a weird clone? guys, just re-watch the original. honestly, it's fine. watch it as many times as you want. go nuts. you're allowed.

It's like it's fine to think a remake is bad, but some people absolutely lose their minds over it. Like, just because something got remade in 2015 doesn't mean the 1975 version ceases to exist. Except I guess Dr. Who. IIRC some of those older episodes literally did cease to exist when BBC sent off old film to be recycled into women's shoes.

This is what the show is like aside from rewriting the thing from top to bottom. Clip is only 2 minute long.

Did anyone watch the original Cowboy Bebop? If I write a spoiler review will if be just me screaming into the abyss?

Seen clips, but haven't watched a full episode. I don't have any stake in the show being accurate, but understand how it annoys when one isn't.

The side by side image somewhere up there looked pretty close in terms of scene composition, at least.

They did a few scene recreations sure. But they rewrote the rest of the show. From top to bottom and oftentimes removing what actually made the original special.

The first and biggest mistake is rewriting the central conflict of the show.

In the original the main antagonist had a total screen time of 15 minutes across 26 half hour episodes. He was only in three episodes.

In this live action version, he has speaking role in every one of the 10 one hour episodes. In the anime, he was almost always calm, quiet and short but in this one he is British and talkative/moody. The backstory between him and the lead character is shown in only brief silent flashbacks but in the netflix one they fully go into their background. And it is awful. I swear I saw the villain, who is famously silent, complaining about his job while sitting at a table with the main character in a flashback. They also changed the fundamental dispute between the villain and the lead but it is too long to explain.

They completely changed the story of one of the character's backgrounds. They removed her orphan story and literally gave her a mom. The famous scene where she watches a video of herself as a child and can't remember it? The one that made people cry? Completely gone. She has a mom now. What?

They gave one of the three main characters a daughter. In the anime he is supposed to be a former cop who is haunted from his days dealing with corrupt policing. In the show he has a daughter he hasn't seen in 8 years until she is kidnaped by the main villain. Much of his complaints about everything is being unable to buy his daughter a birthday present. Huh?

That's not to say everything is bad. The first episode, which is one of the best in terms of story/mood, is mostly the same between both shows. They nicely expanded on the story of the first episode/bounty but then made some weird decisions. The ending of the episode is very different and the netflix version completely destroyed the somber part of the episode.


In the t.v. show, she realizes she will never get to see Mars/escape so she kills her boyfriend and then commits suicide by cop.

In this version, she is piloting and her boyfriend dies of blood loss and she then decides to commit suicide by cop. It is a subtle difference but the anime version is much darker end to the story.