the girl in that show is hot af. she was recommended on my instagram years ago before she even became very big. now she is deservedly huge. 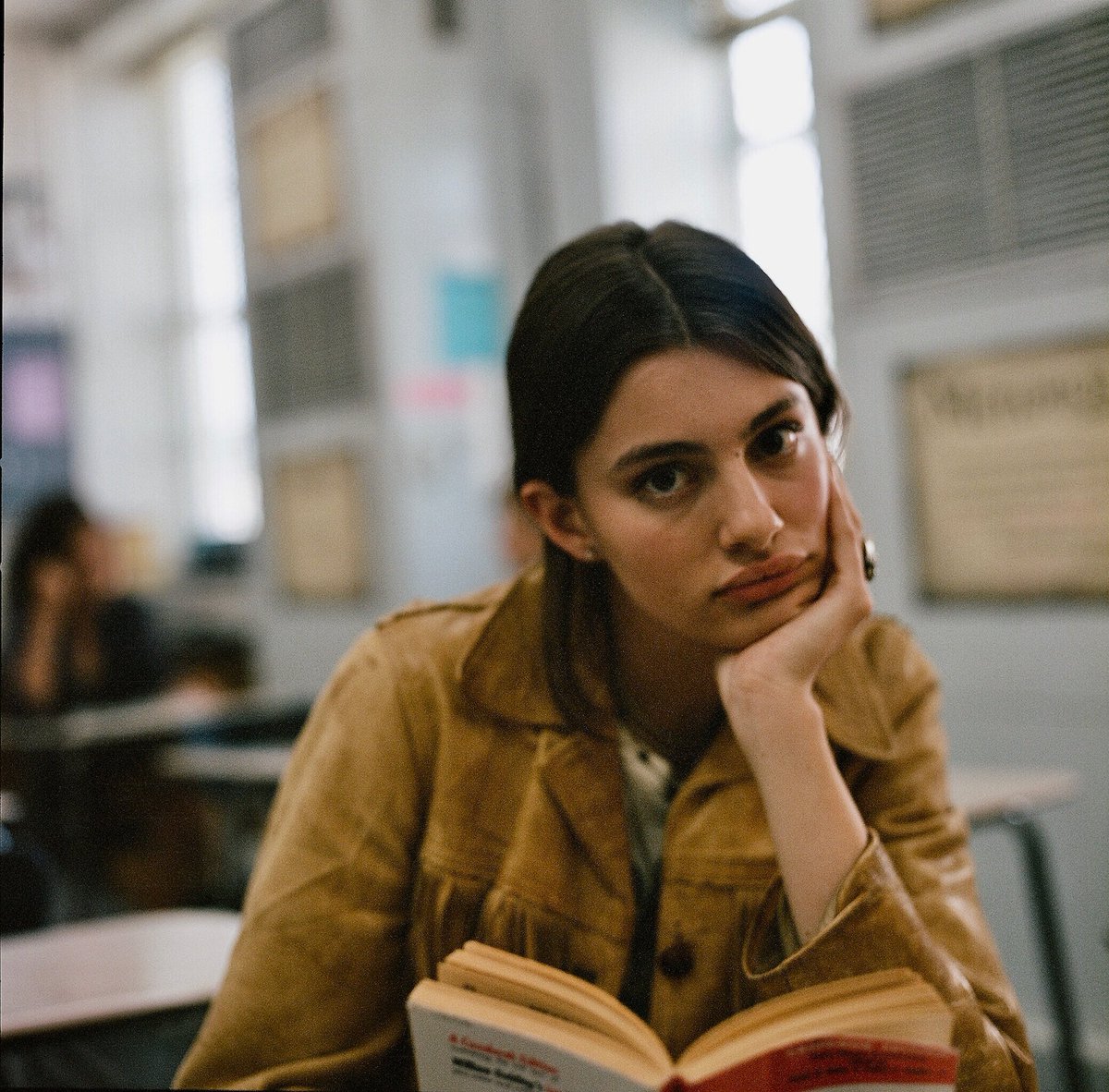 She looks about 14
#FreeBritney

diana silvers didn't even break through to 'celebrity' until she was an NYU student. try again! 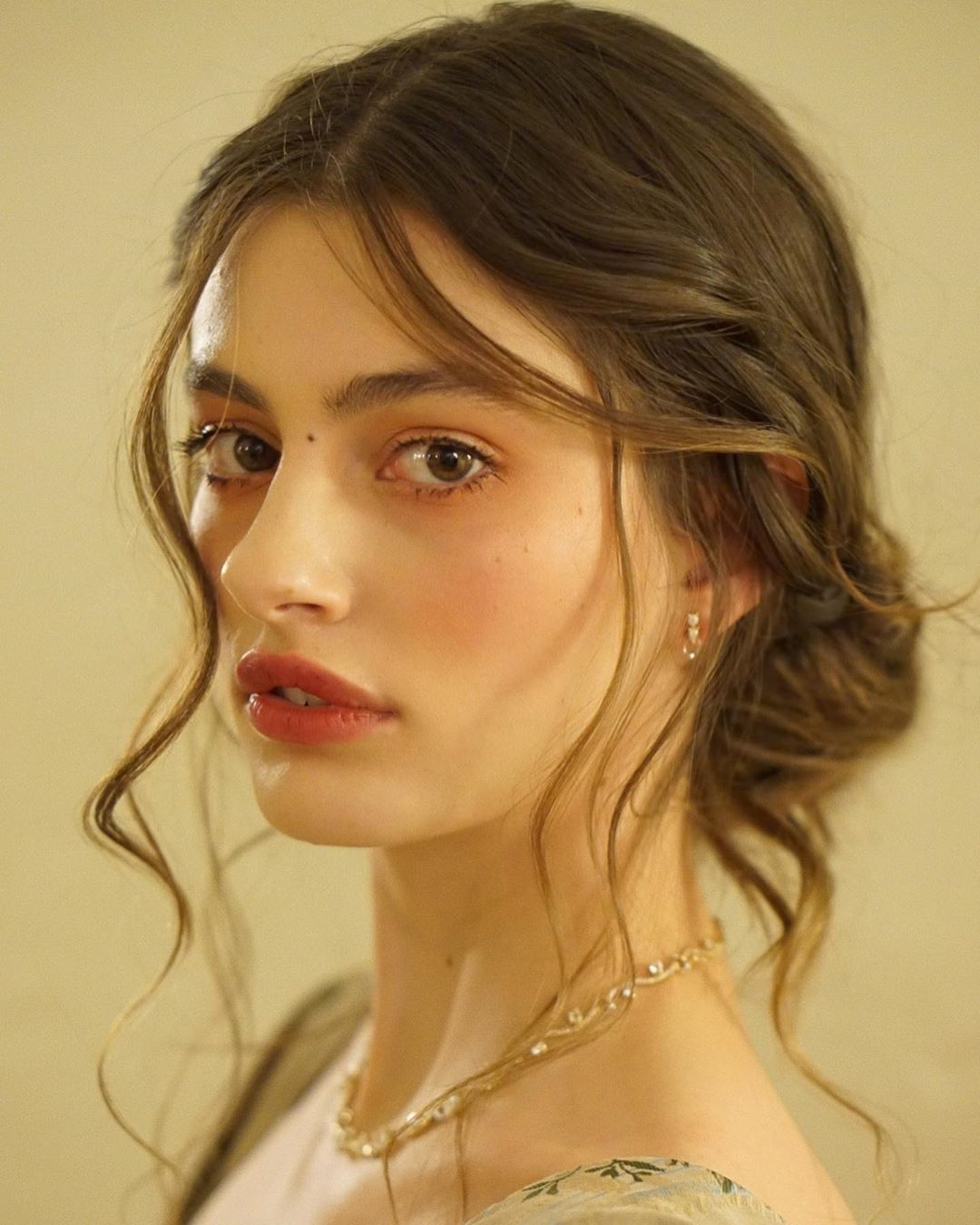 I like the music, its written by adults, the girl you're ogling looks like a teenager.
#FreeBritney

lmao oh okay, you listen to teeny-bopper popstars because you're 'in it for the quality songwriting'.

what's the age differential between you and all these disney stars you've been posting about here for years and years now? i actually have healthy relationships with women of my own age. how are you doing with your fandoms and stanning over there?

bad line to take my guy

Which Disney stars have I been posting about?

when was the last time you were around anyone in their 20s? i think your perception is getting a little bit shonky, over there.

Nope, don't care about her music.

Girls Aloud's debut single "Sound of the Underground" and another Xenomania production, Sugababes' "Round Round", have been called "two huge groundbreaking hits",[103] credited with reshaping British pop music for the 2000s.[104] The Telegraph placed the song at number 15 on a list of 100 songs that defined the 2000s, while NME included it at number 39.[105] Spinner.com named "Sound of the Underground" the eighth best British song of the 2000s.[106] In 2009, The Times included 2007's Tangled Up at number 62 on a list of the decade's best pop albums.[107] MSN listed 2005's Chemistry as one of the decade's best albums.[108] Girls Aloud were one of the few pop acts to achieve continued success and longevity throughout the mid-2000s while R&B and rock music became more popular. In a review for the group's 2008 Tangled Up Tour, David Pollock of The Independent noted that "Girls Aloud remain confidently the only pop show in town."[109] The Times stated, "Not since Abba and Michael Jackson has pure pop been so unanimously praised."

yes, sure, all those acts got really popular because of xenomania's excellent songwriting. that's exactly how the pop industry works.

Feel free to inflict your misery on The Telegraph, NME and The Times.
#FreeBritney

girls aloud's fanbase were overwhelmingly young girls. pop groups have highly cultivated brands and images, which are expressly marketed at certain demographics, target audiences, and consumers. i'm not inventing the industry, here. you acting blind or naive about this is pretty funny. how many men like you do you find at girls aloud stadium gigs? the ones who aren't gay and in it for the camp appeal, specifically?

you know exactly what i'm talking about. but sure, you're an avid fan of 'songwriters'. you listen to pop for the 'songcraft'.

I think you're projecting from your base of fancying middle-aged west-country nerd-bumpkins with long hair and drug habits.

I like the music, thats about it, and its more fun to listen to than your parkinsons brain-wave stuff.

Wait for the drop

I think you're projecting from your base of fancying middle-aged west-country nerd-bumpkins with long hair and drug habits.

i've read this about 4 times and i have zero idea what you're even trying to say.

i think a young american tv star is hot because i 'fancy middle-aged west country nerd-bumpkins with long hair and drug habits'?

i've never even dated anyone from 'the west country'. is that an identifiable genre?

what exactly is a nerd-bumpkin? a contradiction in terms, no?

are you feeling alright dildorp?

You're accusing me of liking pop because apparently I must like teenage girls.

Clearly you only like your sadgasm stuff because you have a thing for hairy male weirdos.

this might surprise you dilbert, but most people listen to music because they're interested in the way it sounds.

i haven't been posting pictures of richard d. james here on the forum for years, emphasizing his appearance.

how many times have you posted images of female pop-stars or recording artists? do we really have to go look in the picture response threads? you used the verb 'ogling': i think of all people here, that's your practice, not mine. didn't you basically single-handedly float threads about tits and asses for 10 years?

your persona on this forum is practically one of a sexless pervert and then you act surprised: 'what? no, i listen to all this female-fronted pop music for the consummate songcraft!'

this might surprise you dilbert, but most people listen to music because they're interested in the way it sounds.

Amazing, I never knew that.

how many times have you posted images of female pop-stars or recording artists?

Can't think of many TBH

do we really have to go look in the picture response threads?

I like music with vocals, they're usually done by people, you apparently don't, there we go.
#FreeBritney

dilbert: listens to lady gaga.
also dilbert: someone needs to stop these lesbians from telling children it's okay to be gay!

David attenborough's life on earth - 10/10. For the subject matter the film tackles, I honestly don't think they could've done a better job. Also helps visualise the fact that this century is going to be rather eventful, if only because of the effects climate change will have on our societies and our certain inability to truly contain it.

The continent was explored in all its diversity, from the Atlas mountains to the Kalahari desert. The series took four years and 79 expeditions to film in 27 countries.

do you really think you're making a point? that's on line with people who say 'hah! protesting capitalism! i bet you enjoy drinking coffee from starbucks don't you?!?'

how OLD are you, man? you continually strike me as a very very immature person. and i mean that sincerely.

david attenborough is one guy who has brought a very important message to an audience in the hundreds of millions. science NEEDS good communicators. your much-vaunted engineers are not good communicators. this is just so fucking ironic when you also think that government by a technocracy of scientific boffins will be hunky-dory. HOW will you convince and persuade people to follow your notions? to modify their behaviour? to pay attention to what you deem important? you need good educators, good communicators, figureheads, yes, even lobbyists and savvy operators.

do you even exist in the real world? jesus fucking christ. i agree, let's axe david attenborough and hope that the world's population and influential decision makers are all subscribed to the journal of climatology and read its 12 issues per year.

here's a fun exercise, considering you think climate change can be reduced to the individual: countries by fossil fuel consumption per capita (2014 figures).

so there you are. considering over the last however-many decades you've been living there that your nation's total primary energy supply per capita is roughly 2x the UK's, i'm sure attenborough's little treks have a decent offset. what are YOU doing about the terrible burden your existence squatting in woomba woomba is incurring on the planet? if this is all about individual metrics ...

What will per capita emissions be if everyone takes 20 international flights a year with 10 people and a ton of equipment in tow?
Does he really have to travel everywhere repeatedly just for a soundbite with a nice backdrop?

Griping about emissions per capita is an argument for cutting population, something Attenborough is a proponent of and communicates quite effectively.
#FreeBritney

yes, a lot of his programming could be done using stock footage, greenscreens and CGI -- and increasingly has been done so in recent years. there is no way he takes '20 flights a year'. most of his recent programs have been pure voice over. he is now old. the hey-day of the BBC natural history department was decidedly pre-CGI.

and, again, the benefits of someone communicating an urgent message, and communicating it effectively (which may include on-site filming) far outweigh the relatively modest cost of one production team travelling to-and-fro. is anyone ever proposing that taking 20 flights a year is normal or should be the expected average? again, can you make a point?

Trouble is everyone wants to do it now
https://www.independent.co.uk/travel/ne … 16946.html
#FreeBritney

ah, yes, a puff-piece pushed by the independent as a bit of publicity for a new show.

empirical evidence that the entire world are jetting off to far-flung exotic locations to follow in his foot-steps.

you're not very good at this science stuff are you?

The Boys season 1. 8/10. Really good but not great. I'm biased against comic book shit I guess.

Top Gear s1/2. 7/10. Good entertaining first couple of seasons, nothing as good as later seasons though.