The US system is absolutely shit but I feel that many commenters fail to realise that prison is also punishment rather than a rehabilitation program. That society would hypothetically save more money by offering them education is besides the point.

Having said so I absolutely 100% believe the system over there needs reform.

I'll pass. I'm skeptical of its success but I support trying it. And even if it doesn't make a major difference in the lives of blah blah blah, there are still worse ways we blow money in this country that I can't get mad at forcing people to read.

You can hire two entry level teachers in America to work at a prison for the cost of one of these. And we were giving these out to Syrian Rebels to for free. 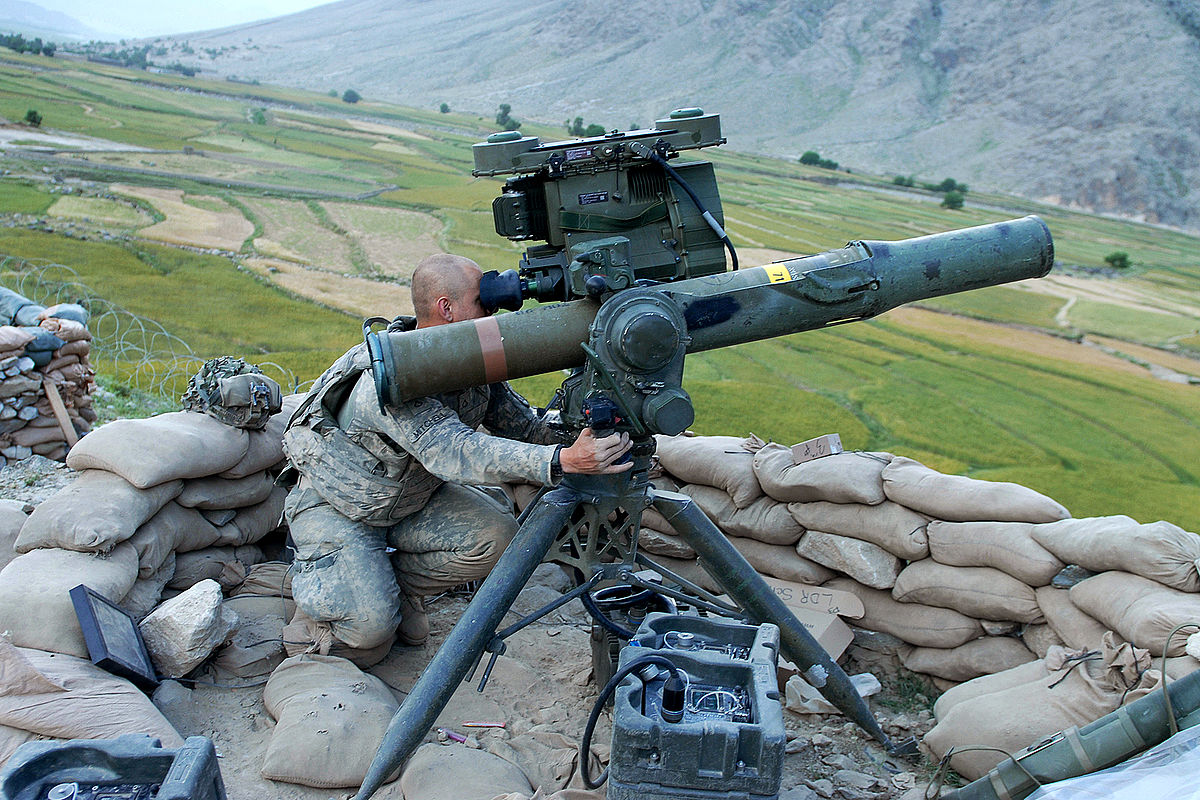 being in prison is a punishment. you have no freedom, no associations, no relations. your every hour is divided up and dictated by someone else. that's a punishment.

why do you want to keep them in howling ignorance? deprive them of books? why not make their cells a little smaller? why not do away with hot food?

it's all a little sadistic isn't it?

but great idea, the country with the largest prison population in the world -- and growing -- should do nothing to rehabilitate its prisoners, and should subscribe to old testament ideas of righteous vengeance. that'll reduce the tax bill and fix all that criminality.

Views on justice and punishment may vary wildly by culture. In a country that charges upwards of 40k a year for a university undergraduate degree I suppose the idea that inmates may be taught for free could rouse some resistance.

Personally I feel prison populations should of course have access to knowledge and teachers, though I'm undecided whether that should be freely available or part of an incentives/rewards program or selection based. Honestly I don't know what current arrangements in my country are but I expect them to be fairly progressive on this front.

the bard programme is highly selective. it's not like every single prisoner is getting an elite liberal arts degree when in prison. they work extremely hard at it. it seems like a great opportunity for very young people who have, very early on, seriously scuppered their lives to turn it around before a lifetime of criminality and illegality await.

didn't realize there was a trailer. do recommend anyway.

If you really think prison is a punishment then forcing them to do school work all day seems like a good punishment compared to sitting around and lifting weights. Maybe we could even get the smartest among them to do white collar office work while in there.

I wrote that post without finishing the video. The guy who murdered someone should have been executed instead.

If you really think prison is a punishment then forcing them to do school work all day seems like a good punishment compared to sitting around and lifting weights. Maybe we could even get the smartest among them to do white collar office work while in there.

prisoners already do labour in america don't they? i thought there was effectively a huge indentured labour force all churning out work for little or no pay.

most of them had done serious time before getting accepted onto the programme. a person in prison from the age of 16 doing some college in their mid-20s? so what's wrong with that? there comes a point when society is not gaining anything by locking people away, institutionalising and brutalising them. that individual is then going to be society's problem for the rest of their life.

it goes without saying i am not in support of the death penalty. especially for 16 year olds.

I am not sure how large the prison labor system is. I know people have been trying to do away with it. I don't have much interest in criminal justice/prison reform really. I am very supportive of all types of increased aid and welfare to people. But I feel that people who victimize others deserve to be punished and removed. Crime and disorder makes all other types of reform and aid more difficult. It's a resource sink.

adolescents are cognitively disadvantaged when it comes to impulsive behaviour and poor long-term planning. it's why so many of them end up in car wrecks.

i think the richest society on earth can afford to give a 25-year-old some books to try and turn their shit around.

It has nothing to do with wealth. If someone murdered someone their life should be forfeit in return. There should be some finality of justice when it comes to murder, the worst of all crimes.

if a person's crime is so grievous then they are given a life sentence, without parole, then yes, sure, i agree with you.

a 16 year old who takes another's life is a complicated thing. it really depends on so much, the context, the offender, the aggrieved, etc.

in any case none of these guys are getting out early because they've taken a degree whilst inside.

Still prefer hard labour, at least people can be compensated if wrongly convicted - which happens a lot, most juries consisting of people too dumb to get out of jury service.
#FreeBritney

Imagine ruining your body with hard labor on a wrongful conviction, and then being given a paltry compensation after however long served. Gee, thanks.

Still prefer hard labour, at least people can be compensated if wrongly convicted - which happens a lot, most juries consisting of people too dumb to get out of jury service.

there's something pretty wild about watching a bunch of convicted murderers discuss othello or macbeth, or an aeschylus revenge tragedy.

or of seeing a gangster street kid talking in mandarin or quoting whitman.

i don't think people ultimately can be nurtured and educated out of anti-sociality; that's really not how free will works; but it's a neat experiment.

Imagine ruining your body with hard labor on a wrongful conviction, and then being given a paltry compensation after however long served. Gee, thanks.

Imagine it even with a rightful conviction

Or I guess really any conviction. It's probably not good for a society to benefit in any way from forced or strongly compelled labor.

Does it boil down to money and the creators getting tired of the show.

You are just going to have to watch the video.

I would poke fun at a 30 minute video about The Simpsons during a trend where millennials are getting shit on for identifying with Harry Potter school houses or whatever, but I'm guessing it's mostly millennials watching this.

Did the sorting hat put you into House Hogwash or House Higgledy-piggledy?

I never cared for Harry Potter. I was all abut that Star Wars.