The company that designed it said it is made in a way that can add another floor to it.


They could probably have gotten rid of the giant roof football field and added space for a few hundred more students. But than where will the football teams play? The town over? Ridiculous.

Okay look, I am not saying the plan was perfect. But opposition was mainly due to people wanting to avoid tax increases to pay for it. The current resident renters are kicking the can down the road.

The population of the county is 675,000 and rising. It is split across five cities that you wouldn't even know we're unique political entities if you were just visiting. No hard borders. Just development next to development. Old homes being torn down for new 10 story buildings. The density is going to be NYC like.

New schools in the county haven't been built in ages meanwhile we are gaining population spillover from NYC. However bad the plan for the new school is, we need to get the ball rolling on new school development now.

It was gonna be built over an existing football field so not sure they'd like getting rid of it.

666 pages in this thread (including all the deleted posts).


Anyway, all this handwringing over updating, repairing, or replacing unsafe school buildings is going to come back to roost as an even bigger bill later. People are putting off the inevitable.

I'd rather see a small skyscraper as a school than a bunch of unoccupied condos for multi-millionaires.

Yes: Rowan Moore
Buildings can't get children through GCSEs, or enthuse them with literature in the style of Robin Williams in Dead Poets Society. They can't galvanise a school football team to achieve unimagined success. But they can make a huge difference to teachers' abilities to bring such things about.

It's relatively easy to show how much harm bad buildings can do. The wrong kinds of corridors can create havens for bullying. Tatty, dysfunctional structures can demotivate and demoralise. A leaking roof, undersized classrooms, or poor heating put direct obstacles in the way of a school's success. Physical environment that shows no sign of care or pride can communicate the same lack to the people who use it. In fiction, architecture is intrinsic to awful schools' awfulness: Wackford Squeers's Dotheboys Hall, St Trinian's, the grim grey Fond de l'Étang in the film The Chorus.

It's slightly harder to put the case positively, but in the 1980s and early 90s Hampshire county council produced a series of schools that were humane, delightful and well made, but also had an element of intrigue: they weren't just ranks of classrooms connected by corridors.

More recently Kingsdale school, a south London comprehensive, was made over by the architects de Rilke Marsh Morgan. They converted an underused courtyard into a new heart for the school covered by a glamorous roof made of the same stuff as the Eden Project in Cornwall. It was sane, playful and stylish at the same time.

By every measure, Kingsdale's performance improved. Clearly this was mostly down to the headmaster Steve Morrison and his teachers, but the building complemented their efforts. It showed that someone could be bothered with the places where they spent their days. Morrison also drove the building project, showing that good design works best when it is part of a larger vision.

It can, surely, only be a good thing if teachers and pupils set off each morning to a place that gladdens the heart, works well, and shows thought, imagination and dedication in its making. In business it is widely accepted that better environments attract better staff and motivate them to work better; the same is true of teachers. And, even if design had no measurable outcomes, children should have access to good architecture as much as they should have access to art and music.

"People decide to have families and become parents. That's something they need to consider when they make that choice," Johnson told local Wisconsin TV station WKBT. "I've never really felt it was society's responsibility to take care of other people's children."

Speaking to WKBT, Johnson said that he did not support moves by the government to help families find child-care options. Instead, Johnson told the news station that he would support slashing unemployment benefits to get more people back to work and alleviate the ongoing labor shortage.

He told WKBT that he would back more efforts to help people get jobs that would allow them to support their own families.

Johnson has historically not been a supporter of child-care-related legislation.

In May 2021, Johnson remarked on WKOW-TV that he supported slashing Wisconsin's $300-per-week federal unemployment subsidy. During the interview, Johnson pushed back on a suggestion from WKOW-TV host A. J. Bayatpour that many women cannot reenter the workforce because their wages do not cover the cost of childcare.

"Unemployment benefits are not meant to provide replacement wages. That was provided during COVID when it was nobody's fault that they were losing their job or they were being encouraged to stay home so they wouldn't spread the disease," Johnson said.

"Wages are set in the marketplace. Businesses pay what wages they can afford based on the competitive situation, whether it's in a restaurant, whether it's in manufacturing, where they're competing against foreign manufacturers versus domestic suppliers," Johnson added. "I just have greater faith in the marketplace setting appropriate wage rates."

Huh? Who looks at this and thinks "right on"? I mean I totally agree that nobody wants to pay for other people's kids but I don't want to pay for a bunch of stuff pig people like either.

there are multiple things wrong here that I will address in a disorganized heap:

- in a country with massive corporate welfare schemes, yes let's cut unemployment benefits because of some LaBoR sHoRtAgE
- inflating the LaBoR sHoRtAgE issue, never mind all the stories about businesses ghosting people on job interviews (seems like people do want to work!); record profits but we can't incentivise new workers with better pay/benefits? better threaten them with eviction!
- the marketplace will set appropriate wage rates, rofl, he has "faith" that they will!
- "competing against foreign manufacture" never mind greater costs of living here
- so many undercurrents of "if you're drowning in college debt, maybe you should have gotten a real job; if you're drowning in other debt, maybe you should have gone to college" with these guys

These people are sick. This is child abuse.

More of that and less school shootings, police giving teenagers black eyes, and teachers assuming a bathroom break request must be intentionally planned to be disruptive.

Now, the district is trying something new: Hiring teachers from outside the country.

The school board approved a new program Tuesday night that will allow the district to sponsor teachers from outside the U.S. with a temporary visa to work in city schools. Officials hope the program will expand its pool of applicants, specifically for bilingual and English as a Second Language vacancies.

As of Wednesday, the Camden school district had 28 teacher vacancies including three openings for bilingual teachers and one for an ESL position, a school spokeswoman said. In February 2020, the district had 29 total vacancies.

The new program would grant candidates H-1B visas to work in Camden following an application process. School officials also said the district would cover application and other fees.

Nooooo. No work visas for teachers.

This is what I have been saying forever. Destroy the school system. Force the teachers to get real jobs.

I found myself reading about the Katyn massacre and then the death of Stalin and subsequent power vacuum in the Soviet Union. My knowledge previously having been limited largely to the Secret Speech and ensuing de-Stalinization, it was remarkable to read about the ups and downs of the temporarily favored (i.e. Yezhov, Beria, Tukhachevsky, Lyushkov) figures. I "knew" in my mind the SU was probably terrible to live in for a number of reasons, but reading the detail really hammers that home.

Did you ever see the Katyn massacre statue in NJ? Also I assume you watched Death of Stalin?

I read something a little while ago from an American conservative group who talked up Beria because he seemed to consider making peace with the west in exchange for aid. I don't think it was going to happen at all though. The Soviets had lost too many people in World War II to give up Eastern Europe.

Another from deadstate before I leave the rabbit hole.

I didn't even blink.

Today was the day of settling lawsuits. Prince Andrew and the Sandy Hook families both settled out of court today.

Sandy Hook families are splitting 77 million. Huge though it doesn't bring back the children and teachers.

Wasn't Sandy Hook the shooting that never happened or was that one of the other 300 school shootings that took place recently.

Sandy Hook was the one with all of the crisis actors.

NR is angry at Remington for settling.

Gun nuts when talking about the specifics of laws around guns.

Gun nuts on any other subject 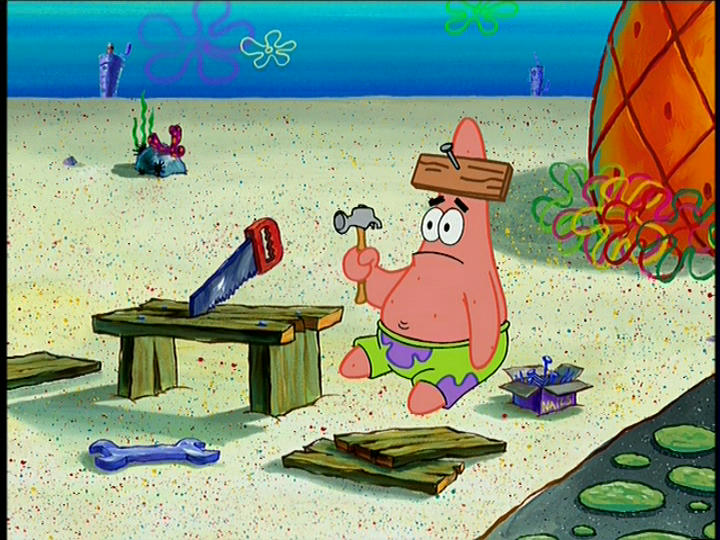 Um, Mac, I think you'll find there actually is no such thing as an "assault rifle" and you accidentally called a "magazine" a "clip"; therefore, your arguments are invalid.

I was at my BIL's surprise birthday party last Saturday. My BIL is a Asian redneck. As such, he has a lot of redneck friends. Somehow we got to talking about trash, and one of his friends matter-of-factly said he burns his trash in his backyard. Cue "that's-illegal.bmp" from me. He followed with "I don't care, if the cops come ill pull my gun on them". He said this while unironically wearing a thin blue line flag hat. What a clown.

All his friends were talking about moving to Idaho, bc apparently Idaho is the redneck utopia. Good fucking riddance, payasos.

Um, Mac, I think you'll find there actually is no such thing as an "assault rifle" and you accidentally called a "magazine" a "clip"; therefore, your arguments are invalid.

I'm all for disambiguity in gun law. Less ways for gun people to squirrel out of it. Gun stuff is up to its ears in nomenclature. If they have to make up new terminology for a gun law, maybe it isn't a very good law.

I was at my BIL's surprise birthday party last Saturday. My BIL is a Asian redneck. As such, he has a lot of redneck friends. Somehow we got to talking about trash, and one of his friends matter-of-factly said he burns his trash in his backyard. Cue "that's-illegal.bmp" from me. He followed with "I don't care, if the cops come ill pull my gun on them". He said this while unironically wearing a thin blue line flag hat. What a clown.

All his friends were talking about moving to Idaho, bc apparently Idaho is the redneck utopia. Good fucking riddance, payasos.

Mac says I work on a farm, yet I don't deal with people quite on that level. Your BIL works as a moonshiner.