you are not triggering me, dude. not in the slightest. so you might as well drop it and go back to your discussion of english supposed snobbism and stuff - that was actually somewhat entertaining to read.
if you open your mind too much your brain will fall out.

Russia, the U.K. and America's best days are clearly behind them all. China is the future.


v interesting. When the idea of UBI was introduced I found myself opposed mostly because it relied on converting existing benefit structures into UBI arrangements (thereby disadvantaging some who would possibly need more assistance than others), but this experiment is really worth following. Especially because of the local stimulus requirement. Find myself warming to the concept if it's implemented like the above.

it has become a very feasible topic even amongst right-wing economists now.

I first got into discussions about it some 4 or 5 years ago. At that time it was still a rather immature concept and remained that way for a long time. The specific implementation above & grabbing the opportunity to do so because of covid 19 is brilliant.

4 or 5 years ago some pretty influential books were published on UBI, automation, post-work, etc. i would hardly call it 'immature', the idea has been around in reports, conferences, papers and commentary/discourse generally for decades.

using it because of covid and stipulating measures such as spending locally and not on tax-avoiding multinationals is indeed a great idea. but seems like such UBI schemes are going to become more and more justified, especially in a country where 15-20% of all labour is automated by robots. the 'retrain as a coder' line just doesn't work for 20% of the total workforce. and the alternative, as we have seen in rust-belts all across europe and america, is workers turning increasingly to populist demagogues to express their fears and anger.

of course for UBI you need a pretty strong state and for things like taxation of the mega-rich/corporations to be a relative non-issue.

It was immature in the sense that political progressives who grabbed onto the concept had no idea about the potential pitfalls in implementation. Context specific budgetting, requirements, pros/cons weren't considered. I believe they already piloted it here locally years ago but it was quietly abandoned for a time after. The pilot in SK has a different order of organisation & thought into it.

It seems like a no-brainer as it removes the benefit-trap problem, but the devil will be in the detail and how to stop a never-employed underclass ballooning beyond the capability of the state to support.
Epstein didn't kill himself

navalny in the new yorker.

He sure makes a lot of film allusions.

He seems to completely misjudge putin as well. Nonetheless the first few paragraphs are plenty evidence that he isn't quite the 'nobody' that 'noone likes' as per Shahter's insistence.

such a cringe-y interview. i wonder why he was so given to over-elaboration. some of it read like a 15-year-olds trip report on erowid. 'i would have done push ups, if i even had a concept of what a push up was'. who says that?

imagine being from a country as shit as russia. can you even imagine?

One accident that fueled the Society's development took place on 25 February 2010. A head-on collision happened in the morning rush hour on a central lane (that is reserved for emergency vehicles) between a Mercedes-Benz S500 and Citroën C3. The privileged Mercedes with a blue flasher on top was carrying the deputy director of Lukoil, Anatoly Barkov. Unlike Barkov, who was barely injured, the two female physicians in the Citroën died. In public opinion, investigation on this matter and its conclusions were considered to be doubtful, especially the initial finding that the Citroën was responsible for the accident as it had ostensibly skidded into reserved contraflow lane.

It did give us one of the best gifs of all time, though.

Russia is the shit hole where young men put giant stickers on your windshield for youtube likes.

I really hate this kind of vigilantism.

I think it's closer to a citizen's arrest (don't know if that's a thing in Russia) than vigilantism.

It's pretty tame and non-violent, isn't it? Dope drives on the sidewalk, gets a sticker on his windshield. Cop stops by to laugh at the whole affair and suggest they were traffic vests besides.

There's tons of ways to remove a sticker. The violent people here are the drivers that push into the people and then take off with someone on their hood.

i think the reason why this stuff goes on is because the cops are ineffectual, corrupt, or easily bribed by the nouveau riche assholes who ride roughshod over the laws and regulations.

Thank god it only happens in Russia 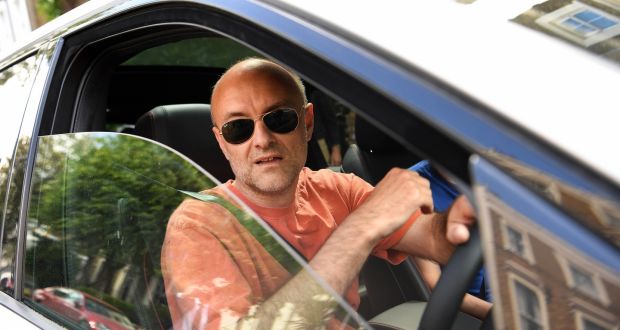 and rightfully that was a national scandal.

not the same thing as people routinely buying blue sirens and driving in emergency vehicle lanes.

You have to wonder how George Jetson kept his pilot's license after getting caught impersonating cops at the beginning of each episode. Probably some connections going on there.

e: Or maybe I'm remembering it wrong, or maybe there were multiple intros and youtube only has one. I was sure he had a siren and an inflatable cop passenger.

i think the reason why this stuff goes on is because the cops are ineffectual, corrupt, or easily bribed by the nouveau riche assholes who ride roughshod over the laws and regulations.

it's that^. and the movement has been shut down long ago.

the situation is lot better now (at least in major cities it is) when, basically, all the public space is covered by cameras and mobile scanners, and process is mostly automated. one does not bribe an invisible man working on a computer somewhere issuing a ticket.
if you open your mind too much your brain will fall out.

I understand the legion of issues with law enforcement in Russia that would make vigilante justice appealing. I am still strongly against it since it makes all issues regarding law, order, and social harmony worse. We already have the problem of law enforcement in this country being trigger happy. We don't need to encourage average people to also act out their Dirty Harry fantasies.

More personally annoying to me regarding this whole thing is the unevenness of who society deems worthy of being vigilante heroes and who gets arrested as public menaces. White people get to flex in public with their guns while black people are killed for having black wallets. Vigilante justice will just be another thing that white Americans are encouraged and allowed to do that would get a black person killed if they tried it even if in the moral and legal right.

(Rudy) is seen reaching into his trousers and apparently touching his genitals while reclining on a bed in the presence of the actor playing Borat’s daughter, who is posing as a TV journalist.