I haven't been reading your deleted stories. If this isn't a safe place to cut loose, I don't know what is.

I haven't been reading your deleted stories. If this isn't a safe place to cut loose, I don't know what is.

AS you know it only takes a small number of black kids with ODD to fuck things up for everyone else.

Set that as a project for your class.
Русский военный корабль, иди на хуй!

Psychiatrists are racist, who could have imagined?

Did they factor out the race of the psychiatrist though?

How many of them were black themselves?
Русский военный корабль, иди на хуй!

It's more complicated than that. Some states overdiagnose while others underdiagnose. I think it is more likely that we are under diagnosing and a lot more people could be helped with mood stabilizers and antidepressants.

ADHD is a bullshit disease made up because...

i don't think they're made-up diseases. i just think each revision of the DSM seems to inaugurate a new period of diagnoses. new medications and innovations from the pharmaceutical or therapeutic POV also cause swings in trends and diagnoses. psychiatry is not exactly a rock solid science. i'm not being overly cynical or dismissive when i say that.

children being over-medicated and needlessly diagnosed has been a debate in medicine for at least 15-20 years. i guess culture warriors and the professionally, letter-writing/newspaper-commenting 'concerned' classes have moved onto fretting about kids being needlessly pushed into hormone treatment and the whole trans thing.


a lot more people could be helped with mood stabilizers and antidepressants.

ehh i doubt it. 'prozac nation' was a thing in the 1990s, wasn't it? americans have been pilled up to the eyeballs since depressed housewives were handed amphetamines and dieting pills in the 1950s. i would not be so blasé about consuming drugs that fuck with your seratonin levels in the long-term. i'd rather say that a lot more people could benefit from being open and proactive about their mental health. that involves a whole lot more than taking a handful of pills every morning to 'level out'. avoid.

We don't need to get everyone hooked on lifetime pill maintenance. It wouldn't hurt for most middle aged guys going through divorce to get on some pills for awhile though. Probably would have stopped some from putting guns in their mouths if they didn't feel weird about "taking crazy pills." I know you wouldn't disagree though.

Prozac nation is a confessional autobiography? I never read it but assumed it was a book critical of antidepressants in the U.S. instead of some modern lady's version of the Bell Jar.

I really don't like hearing about the pop culture thoughts and views of people in the 90's. That decade was the apotheosis of up their own ass WASP tough guy culture. The birds can have it. I rather relive the Bush years.

Moreso than the "Pills here!" approach, legit the memes of "Men will do _____ instead of going to therapy" show what would probably be more helpful (yes, pills sometimes come from that, too).

Some of my Zoomer coworkers seem to be upper middle class and apparently regularly go to the doctor and have prescriptions refills for somethings, which was baffling to me at first with my Millennial mindset of just never going to the doctor.

These Gen Z kids are something else. Not afraid to be gay or seek mental health services.

ehh i doubt it. 'prozac nation' was a thing in the 1990s, wasn't it? americans have been pilled up to the eyeballs since depressed housewives were handed amphetamines and dieting pills in the 1950s. i would not be so blasé about consuming drugs that fuck with your seratonin levels in the long-term. i'd rather say that a lot more people could benefit from being open and proactive about their mental health. that involves a whole lot more than taking a handful of pills every morning to 'level out'. avoid.

Prozac back in the day was about as easy to get for a kid as going to your family doctor and telling them your kid was depressed, who would without further input then get a prescription without the roughest psychiatric diagnosis.

I really don't like hearing about the pop culture thoughts and views of people in the 90's. That decade was the apotheosis of up their own ass WASP tough guy culture. The birds can have it. I rather relive the Bush years.

I don't think the 90s is an uninteresting decade. Large scale transition to the internet and the new millennium.

I don't know where you're getting your apathy for it from. Real WASP tough guy culture dressing up in neon greens and oranges and strapping into your roller blades with the hot pink wheels. Hoop earrings, velcro wallets, new age trends. You know, the usual toxic John Wayne stuff. lmao, mac

I don't hate the decade. There was a lot of cool stuff. I was born that decade. Just pointing out how up it's own ass America was during that period before it was humbled by 9/11 and 17 other things.

Then again the people who most needed to be humbled don't have the mental wiring for it to have any effect.

That last part, really. Honestly I could have done without 9/11 coddling people's biases and kickstarting decades more war. Paying to irradiate farming towns, but not for improved social welfare that other wealthy countries enjoy, #fail.

The 90s might be more interesting for an 80s person. The Clinton years, the explosive rise of conservative talk radio. Aside from politics, so many aspects of daily life became digital. People having to learn radically new systems. Double cell phones and electronic mail effectively ending work-free time after work. Have you ever completed a procrastinated typed-only homework assignment, trying to control your keypresses to a volume that doesn't wake up the household? A lot harder to do with a mechanical typewriter.

Koyaanisqatsi came out in '82, lol.

Elon Musk exposed himself to a SpaceX worker. Do you think a nerd with a god complex would do that? Just pull his dick out in front of subordinate? 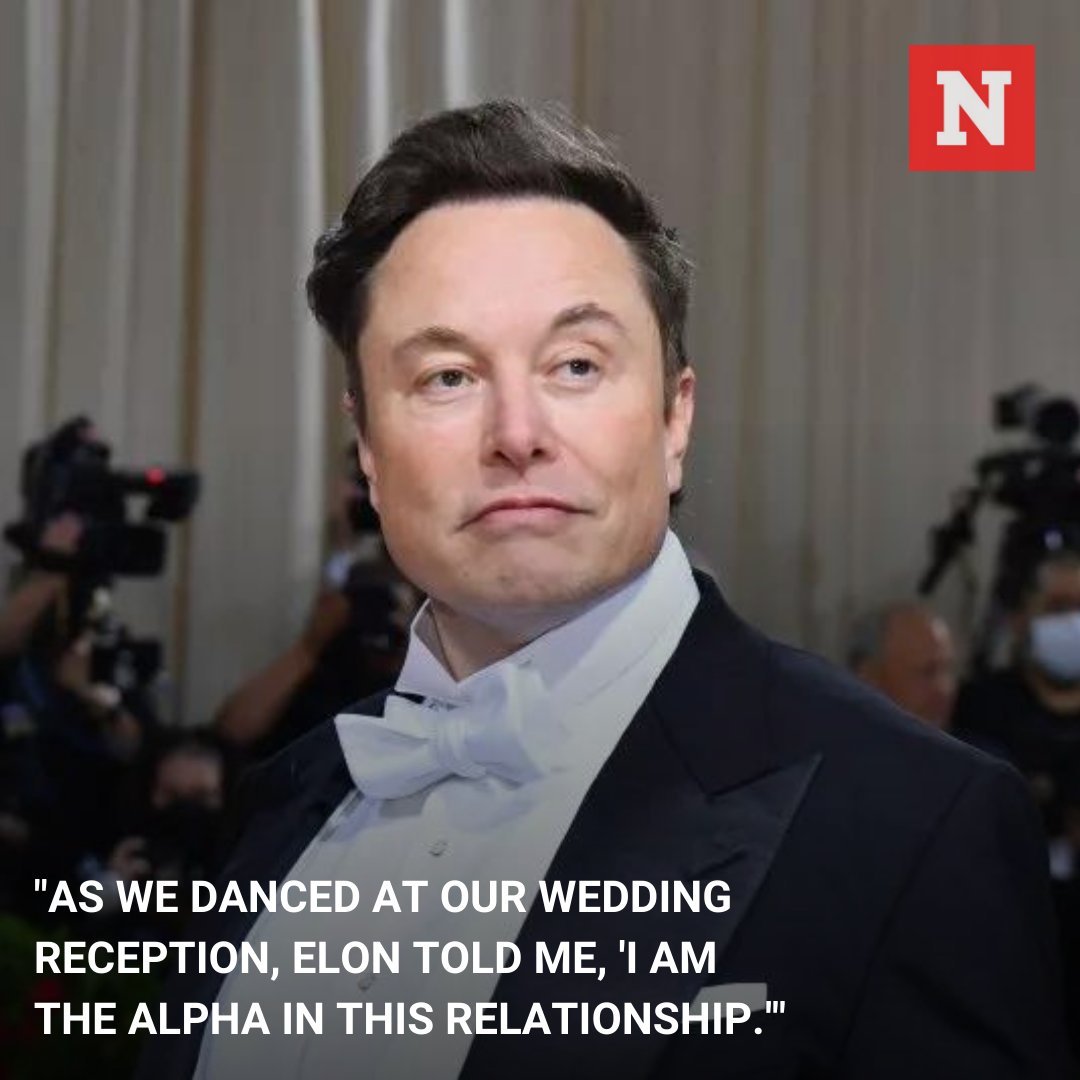 as reported by his first wife. he’s very much in the jordan peterson–ben shapiro mould of cucked crybaby nerds.

he’s also been taking a lot of recreational drugs in the last 2-3 years. grimes definitely introduced him to psychedelics. impulsive behaviour. it wouldn’t surprise me if cutie elon did a few lines of coke that day and the usual daily power-trip did the rest.

Why are you obsessed with Elon Musk?
Русский военный корабль, иди на хуй!

a more pertinent question is why does elon musk and his people insert him into every single news story? literally every single topic or current issue has a tedious ‘elon musk’ take or element. the man is a pathological narcissist and the whole world is being inflicted with it.

school kids in cave systems in the far east; the ukrainian war; solar panels and unlikely commuter tunnels in LA; social media; swinging to vote republican because the democrats are meanies with their floated tax proposals … shit, you can’t even enjoy dance music anymore without the dance music press being doused in articles about this guy trying to get into cool hipster clubs.

but hey, why am i not surprised that you’re fine with the idea of a rich boss nerd sexually exploiting someone and paying them money to make it OK? that’s practically your ideal M.O., isn’t it?

Hmm how much would it a billionaire need to pay you to poke his dick? Think about it for a moment.

Dilbert repeatedly asking why people are so obsessed with Musk is like MAGAs asking why liberals are so obsessed with Trump. Trump Derangement Syndrome, it was called. Kind of hard to ignore someone in a position of power/wealth when they insert themselves into everything. Each quip worse than the last, generating its own perpetual fog of dumb. People will respond. *shrug*

Musk is set to meet with Bolsonaro now? "A very important person." Who knows what's really on that agenda.

Tennessee is about to become the first U.S. state to make it a felony to camp on local public property such as parks.
...
Tennessee already made it a felony in 2020 to camp on most state-owned property. In pushing the expansion, Sen. Paul Bailey noted that no one has been convicted under that law and said he doesn’t expect this one to be enforced much, either. Neither does Luke Eldridge, a man who has worked with homeless people in the city of Cookeville and supports Bailey’s plan — in part because he hopes it will spur people who care about the homeless to work with him on long-term solutions.

The law requires that violators receive at least 24 hours notice before an arrest. The felony charge is punishable by up to six years in prison and the loss of voting rights.

Is this the "Real America" conservatives talk about?

The psych nurse I met...I am not going to follow up on this girl. She is 38 and really wants kids soon. Like freezing her eggs just in case soon. I could lie to her, hit it on the first or second date and disappear but I am not attracted to her enough to do so. She is Filipino which is cool though. I guess if I was crazy and wanted kids, I could settle down with this girl. But I really don't want kids. Deepest apologies to the half Azn child I rejected creating.

Anyway, I mentioned the fact that teachers make a good wage in my state. She asked "what is a good salary in your state?" I told her my salary. She said that was fine. I asked her hers and she was embarrassed to say it is $140,000. More than double mine. I know that isn't a lot by NYC standards but Jesus. I would need to be a high level admin to make that sort of money.