Is that racist?
Epstein didn't kill himself

i work with indians every day, and have done for the better part of a decade. they are great colleagues, work harder, longer hours, will be available on weekends at the drop of a hat, and solve technical problems and generally put up with mule work without complaint. i'm in conference calls with them several times a week, and they are conversant in several languages, polite (to a fault; they won't tell you if you're asking too much of them because of their culture) and punctilious.

so yes, you're racist and you live a sheltered, cowed, castrated life.

OK but these are people dependent on you for an income no?
Of course they're going to grovel and tell you what you want to hear.
Its the same in my job.
Epstein didn't kill himself

workers are respectful to their managers and bosses, who knew? how is this racial, again? that's a power relationship, full stop.

and no, they're not dependent on me or my company solely for an income. they work for large supplier corporations with many contracts and business relationships, in an open market. 'dependency' isn't quite the right word for a third-party contractual arrangement.

why exactly are you punching down with contempt and derision at people in hungrier circumstances than yourself? not big and not clever. they work hard and want to improve their lives. they are extremely professional and don't take half the liberties or comforts that you or i would feel entitled to. i count my blessings in that regard, not spit on them.

dilbert i can't even explain to you how sad, piteous and pathetic you seem when you come out with things like this. you're either play-acting as a panto villain or you are an extremely emotionally maladjusted man. why would you have hatred and bitterness in your heart towards an ethnicity of people on a lower socio-economic rung than yourself who want to work hard and better themselves into a coalescing middle-class?

isn't that sort of 'not starting any trouble, being agreeable' ethos precisely what 'white australia' twats like yourself assent to?

I don't suppose they're dependent on you or your company solely for an income, most people aren't dependent on one single person, but the fact is there's an imbalance of power and wealth there and presumably thats why they're polite and helpful.
Epstein didn't kill himself

you could just as easily say that my publishing industry is dependent on their cheap labour and typesetting services. the entire industry could not exist without them, not at the current cut-throat pricing rates imposed by amazon, waterstones, and the other major price cabals. the cost of producing books and journals using UK typesetters, packagers, suppliers, etc. would simply drive the production costs too high. so, really, the entire industry has become dependent on their cheap labour -- and by extension consumers, too, who no longer want to pay > £10 for a paperback. that's predicated on a whole lot of people in india making £2.00 an hour rather than £20.00.

what you're describing is literally a business relationship, of course both parties become rather reliant on the income/service for their business. that's literally what a fucking supplier contract is. it pays to be polite and helpful if you want to nurture good working relationships.

turns out you're just racist. or maybe your company should start tendering to work with actually decent stakeholders? or recruit better workers? why is it that your conclusion is that an entire racial group are 'lesser', and not just, you know, you're working for a poorly run company? is learned helplessness a prerequisite for the racist whinger type or ... ?

OK, so you're exploiting cheap Indian labour and think servility is their normal behaviour.
Epstein didn't kill himself

exploiting? they get paid an incredibly good salary by indian rates. they are all multilingual university graduates with a very good career prospect. their companies exist in giant google-style 'campuses', they have air conditioned shuttle buses to and from work ... it's a very affluent, bourgeois career, considering the options in india. 'exploiting', lol. are you new to the global system we live in, or something? it's literally predicated on this very fucking principle. you have had access to cheap and affordable goods your entire adult life because hardworking people in the developing world take care of it, moron. maybe inspect your contempt a little closer?

they are not servile. they are good workers and good colleagues. i regard them as equals, the team and management structures notwithstanding. publishing is a very 'flat' industry, dilbert, it's not terribly corporate or hierarchical. we all work in the same teams and converse often.

you really do talk such complete and utter bollocks. now suddenly i'm guilty of some social or moral crime, when above you were just saying that all indians are useless workers because of what some berk at your workplace said. incredible.

Thats great however when they think they're not dependent on you their attitude is often very different.

I've worked for multiple managers in multiple places who will never hire an Indian. My sister tried to do the right thing and hired one and got thoroughly burned. My Vietnamese colleague refused point-blank to work with an Indian and threatened to resign. This isn't outlier data.

Anyway, back to investment.

Modern Monetary Theory - Why wait until someone has money to rob them when you can rob them of their future money now?

ok so again, your sister and one of your colleagues had bad experience with indian collagues.

'not outlier data' indeed. you just dismissed a country of 1.4 billion based off a few anecdotes at a middling australian company.

Multiple companies in the UK, Saudi Arabia and Australia.

The IT guys in the UK used to shit on the floor.
Epstein didn't kill himself

yeah, ok, people shitting on the floor in the UK. that totally happens.

The Indian IT guys at the company I worked for in Abingdon did in fact shit on the floor.
They were got rid of quite quickly.

Stopping them shitting on the seat is a problem across asia. 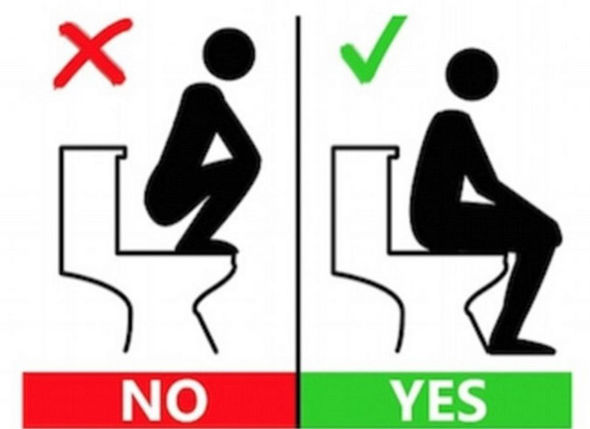 the former posture is actually far ideal for passing waste.

Many Western countries pursued deep austerity measures in response to debts from the financial crisis of 2007-2008, and may again do so in the wake of COVID-19 stimulus packages. This column reviews how in the early 1930s, austerity measures worsened social suffering and contributed to political unrest paving the way for the rise of the Nazi Party in Germany. The authors argue that the absence of a coherent response to social suffering from the Weimar government worsened the slump, contributing to the radicalisation and polarisation of the German electorate.

The economic conditions in 1920s and 1930s germany as having a causal relationship to the social dynamics that fostered the rise in fascist or communist radicalism is a topic that has been covered quite well and many times before. Maybe not this specific angle, but the wider point has made it into every analysis on the breakdown in social order in the weimar republic and the rise of the nazi party.

I'd be careful in extrapolating that mere fact to possible future social upheaval though. It isn't so that poverty or a decline in wealth anywhere automatically or necessarily causes total unrest. In that respect the researchers seem to have covered themselves in by simply forwarding a nebulous prediction that a drop in average wealth (due to austerity) could perhaps cause 'political consequences' or social unrest. There's a whole lot of stuff preceding such events though. While I too worry about the implications of further austerity, which sadly I am almost certain will happen, I can't yet see parallels that would really warrant this specific comparison or indicate insecurity is an imminent result.

More polarisation, sure, but the current wave of polarising politics against immigration or the EU finds its origins in the 90s, when the economy was absolutely booming. The recession was fuel on an already burning fire. The new right has mostly consolidated dissatisfaction with all sorts of issues/consequences in its electoral platform, whereas the left broadly seems to be in a state of denial and preoccupation with the social activist movements from climate change to BLM.

I can see that a seemingly inevitable increase in wealth disparity, poverty and a further reduction in middle class living standards will  affect radicalism. That's kind of a 'no shit' conclusion. The real problem to me is that the centre-left, left wing & right wing seem to live in different dimensions almost during this whole unfolding disaster. Moreover, noone has proven capable of formulating a coherent alternative (with popular appeal) to dominant liberal economic policy.

The political left urgently needs to reinvent and focus itself on dominant topics such as the economy, the EU and yes, migration. Rather than jumping from one single issue activist cause to the next.

there is so much data that ties large recessions/depressions into political upswings in populism and right-wing rhetoric. it's honestly like take-your-pick. and i have been playing the same tune ever since the 'austerity era' began after the 2008 GFC. xenophobia and racism are not eternal human traits, like dilbert would have it, but responses entirely governed by circumstances such as the above.

and yes, i agree 100% that the left needs to get back to the economy, and big debates like state ownership/services, green deals, etc.

Well it does tie in to upswings in populism and increased tensions among the identitarian lines drawn in societies whichever those may be: left, right, religious, ethnic, what-have-you.

At the end of the day I'm not in the know enough on economics to say what alternative there realistically are. But yes I can see that austerity isn't a comfy ride - is there any which is?

xenophobia and racism are not eternal human traits

The answer to economic problems is not printing money, look where that got Germany.
Epstein didn't kill himself

weimar hyperinflation was in response to mass industrial action and striking workers. are worker's rights a bad idea too?

Ah, it was the workers who made the govt print money.
Epstein didn't kill himself

xenophobia and racism are not eternal human traits