What's wrong with having World War 2 brain? Some of us make our living that way.

Dilbert's brain is about as deep into WW2 material as a paddleboard is into a swimming pool. I imagine you've forgotten more detail and insight than he gleans from coffee table picture books.

As Mississippi’s capital city entered a fourth day Thursday with little or no water flowing from faucets, authorities were scrambling to get a failing water treatment plant plagued by decades of deferred maintenance back online.

The problem – which comes on top of a boil-water notice in effect for more than a month – has upended life in the city of roughly 150,000 residents, where schools were shuttered this week, businesses are forced to adapt and people have had to wait in long lines for bottled water they can use to drink, cook or brush their teeth.

Greatest country in the world.

Where did the rest of their money go? Keeping the water running and electricity on are the fundamental things government does.

According to vox, Republicans are uninterested in helping a blue town. Issue though has been decades in the making with multiple failures on the city's part. Same old story, really. Not even enough water pressure to flush toilets.

I wonder what all else* is in the water that you're supposed to boil to supposedly "make safe."

*Meanwhile, the city's residents are left with water technically safe to drink according to standards set by the Environmental Protection Agency, but the damage is evident. Two-thirds of the 1,352 water samples taken by the Mississippi Department of Health since 2015 contain at least trace amounts of lead — 90 of them actionable by EPA standards — thanks to deteriorating connectors on the city's oldest lines. Outlines on how to fix the problems sit in the city's public works offices, they but mean little when water revenue coffers sit practically empty.

And usiq wants to nationalise energer, imagine having people like Johnson and Truss taking 20,50 year decisions when they can't plan for next week.
Русский военный корабль, иди на хуй!

I don't have enough information on the locale to make a public vs. private pronouncement on blame. And even if I did, it's still case.

Republicans like withholding funding from blue districts. This is not news. But in America, a utility company can shut off your water with 10 days of notice, or sometimes with no notice at all. Add that to water being sold by the bottle at obscene markup, and I think my preference for shifting it all to an encoded, public good with strong federal regulation and oversight is pretty well set.

There are pros and cons either way you go, but I think there are far too many cons with water privatization.

And usiq wants to nationalise energer, imagine having people like Johnson and Truss taking 20,50 year decisions when they can't plan for next week.

‘it would cost too much to nationalise the north sea and affect people’s private pensions!’

meanwhile norway has a trillion dollar state fund and literally pays every citizen a few thousand dollars a year.

but let’s throw out the idea because of the water in flint, michigan. you truly are a genius, man.

Norwegians are smart and sociable people, I'm talking about Britain though, since the Great Derpening can Britain really do anything?

yes, that's amazing analysis. 'british people have got dumb but norwegians are smart'.

nevermind that norway was considered a cultural and social backwater by the likes of sweden until ... well, until they got wise with their north sea oil wealth.

you are inept and it's embarrassing reading your political takes. a total vacuity. it's almost as if you don't read.

lmao this doesn't even make sense on the crude level of stereotype and cliché. norwegians as sociable hahaha. the stereotype throughout modern european history, foremost with her scandinavian peers and latterly the rest of europe, are that they are insular and provincial types. i'm sure you're intimately familiar with norway's culture: its art, film, theatre, literature, collective expressions, and so on. 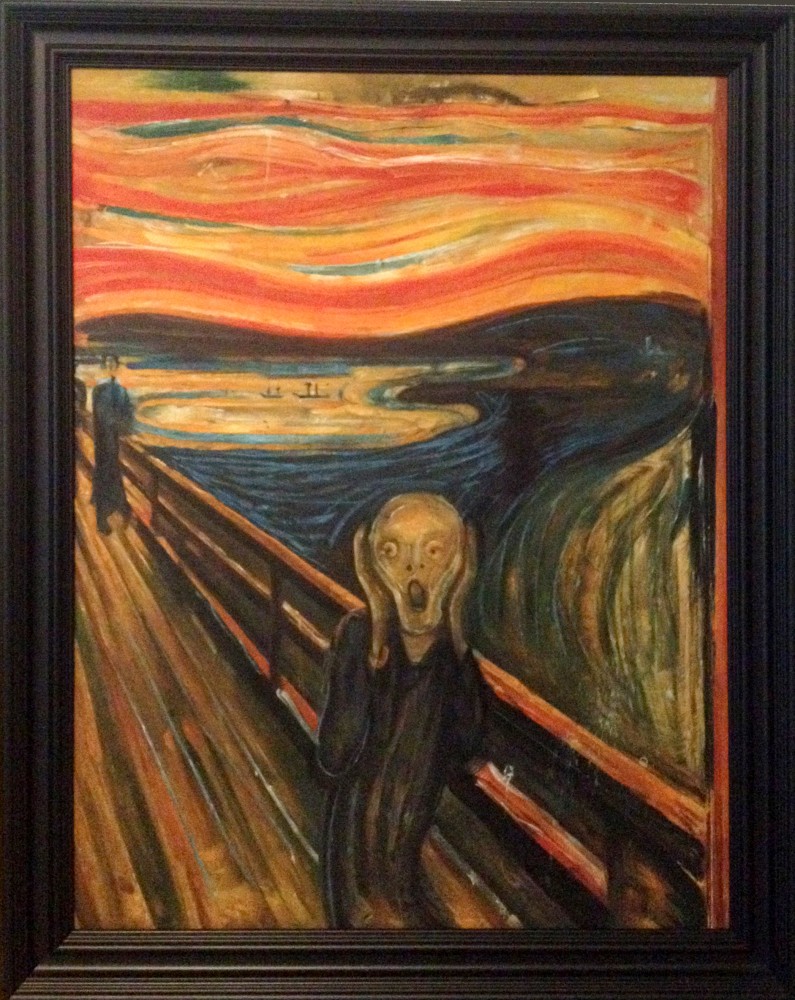 'a happy and sociable people'. all those world-famous ibsen plays, their greatest national writer! so full of warmth and happiness!

any recent stereotypes about their 'happiness index' or whatever come from ... the era of their great social democratic state and the creation of wealth from their fucking oil fund.

you just can't make up the levels of stupid you exhibit.

They could have handed it all over to oil companies, or oligarchs, but they decided to use it for the common good of the Norwegian people so yes compared with most of Europe they are in fact sociable people.
Not seflish creepy arseholes like your average British cabinet minister.
Русский военный корабль, иди на хуй!

your analysis is piss weak. the norwegian 'people' and their supposedly 'sociable' character didn't lead to the decision to nationalise their oil wealth. it was a political choice.

the idea that norwegians are especially sociable compared to brits is just dumb on so many levels. they have some of the highest levels of individual occupancy on the planet. throughout most of its modern history, norway has been comprised of small, insular communities in fjords and fishing villages. the notion that norway had some intrinsic 'sociality' that britain lacked is dumb, dumb, dumb. britain had a much more centralised and powerful state, precisely the sort of apparatus that could nationalise industries.

we were beholden to a trans-atlantic consensus on the wisdom of the market. the market which, incidentally, you are invested in and take dividends from. the same market that has fundamentally failed to cope with recent geopolitical ructions and now expects years of subsidies and bailouts – not for its basic survival, but to ensure its record bumper profits and endless shareholder returns.

you continually prate about 'survival of the fittest' here and don your quack-darwinian ideas when it comes to justifying all sorts of social injustice and iniquity ... but you're strangely altruistic when it comes to printing money to keep private CEOs in hock and your dividends still ticking, year on year. your notion of 'good' capitalism seems to revolve around the elimination of risk in the risk/reward dynamic that is fundamental to all markets. you're a socialist ... for the capitalist class to which you don't belong and merely cling to like a limpet on the hull of their mega-yachts. sad!

the fact you're trying to explain away the reasons why britain couldn't make state interventions in her utilities and services because of 'the derpening' are just pathetic evasions. is it possible that our resident eco-warrior, who is invested in the financial success of petrol companies, is yet again licking the boot of his paymasters? really make u think.

the norwegian 'people' and their supposedly 'sociable' character didn't lead to the decision to nationalise their oil wealth. it was a political choice.

A decision made by the govt on behalf of the people of Norwegia.
So once again, the average insular monosyllabic Norwegian is actually more socially minded than the average Brit - who thinks that swilling a load of lager and kicking over bins at 2am means he's sociable.
Русский военный корабль, иди на хуй!

ok. let me know when you're ready to join an adult conversation and not merely rant with tropes you got from your rag tabloid this morning. this is really not a 'discussion' with any substantive points being made. you demean yourself.

i’m not about to stand here and recommend it, but genetically speaking cousin marriage is not actually a high risk for defects. it’s pretty much harmless.

they die early because of poverty and poor lifestyle, not congenital health disease. you’d have to inbreed for hundreds of years to get into those risk factors, with closer relatives than cousins.

Cousin marriage in one generation is fine. When you stack multiple then it gets problematic.

are you seriously claiming that people you know in new jersey are the result of multigenerational inbreeding?

I said I was talking about the children of immigrants from Asia.

Are there any Pakistanis in new jersey?
Русский военный корабль, иди на хуй!