Star Wars Battle Front 2, I actually quit and uninstalled after taking this screenshot. 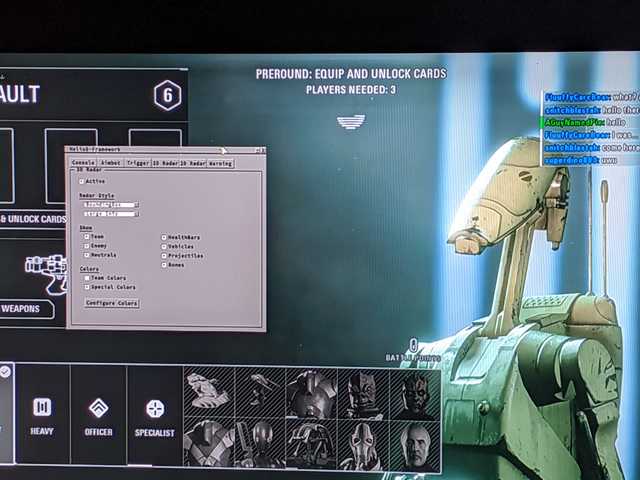 Can you imagine making a game so bad that hacking in it is not fun?

I know what you are probably thinking: games shouldn't be fun for hackers. But if the experience sucked for me, it definitely also sucks for the people who don't have the advantages I had.

The aimbot isn't so great in this game because the pace is too fast and there is too much going on with upgrades and shields and other crap. People are jet packing all over the place, you can shoot someone a bunch of times from a distance and they can just activate one of their lootbox shields, and kill you. It is really obvious that that is not a good design. There is too much going on. It's overwhelming. It doesn't feel like a battle but instead just a bunch of people running around trying to get a kill before dying. The battlefield games have moved more and more into that direction and away from the feel of actual battles with frontlines and objectives. It's really obvious when you can see people's outlines from the other side of the map and they are moving around like roaches in every direction.

Other thoughts: why are they stripping independent servers from all online FPSs? Does anyone here actually like this waiting in a queer system? I don't like it at all.

I'm of mixed opinions on that. On one hand, it's nice for people to be able to cheat, mod, exploit, and hack all they want in single player or on their own server against others with similar mindsets. On the other, my sympathy dries up when they take it to matches where other people are playing legitimately.

I think phone home nannyware has its place in policing the latter, but it should stay out of the former. When it's all or nothing, it just one more thing reinforcing the unfriendly doctrine of "we sold you an ethereal license, not a game. It can be changed at any time or taken away on a whim."

Loosely related: my distaste for the concept of games that are able and allowed to die. All that work into building a world, and nobody can see it again except on a youtube video.

Anyone playing XCOM Chimera Squad? It's interesting and different, but I am finding parts of the "timeline turns" frustrating for when I'm trying to plan a series of actions. Also, I did just like customizing my dudes in the earlier games.

I literally just bought it.

The lack of the wounded recovery time (for the most part) is a strange thing to get used to. Unless I'm mistaken, I seem to lack information such as trying to figure out who has what Aim skill when I'm sequencing them for a breach. Also, it seems you can't see your ammo if there's no targets, which makes it difficult to know whether to reload or overwatch when reinforcements are incoming. It's still very satisfying, and I'm not super far in, so I don't want to be overconfident and say it seems easy.

My main gripe is that the APC ramp is not centered with the garage door in the animation, though.

It might be awhile before I get around to it. Currently playing Bannerlord.

I played a few minutes of Black Mesa Xen. I enjoyed it but didn't have the willpower to continue on knowing where it goes. If I was completely ignorant of what happens or if this was available the first time I played Black Mesa, I would have continued. 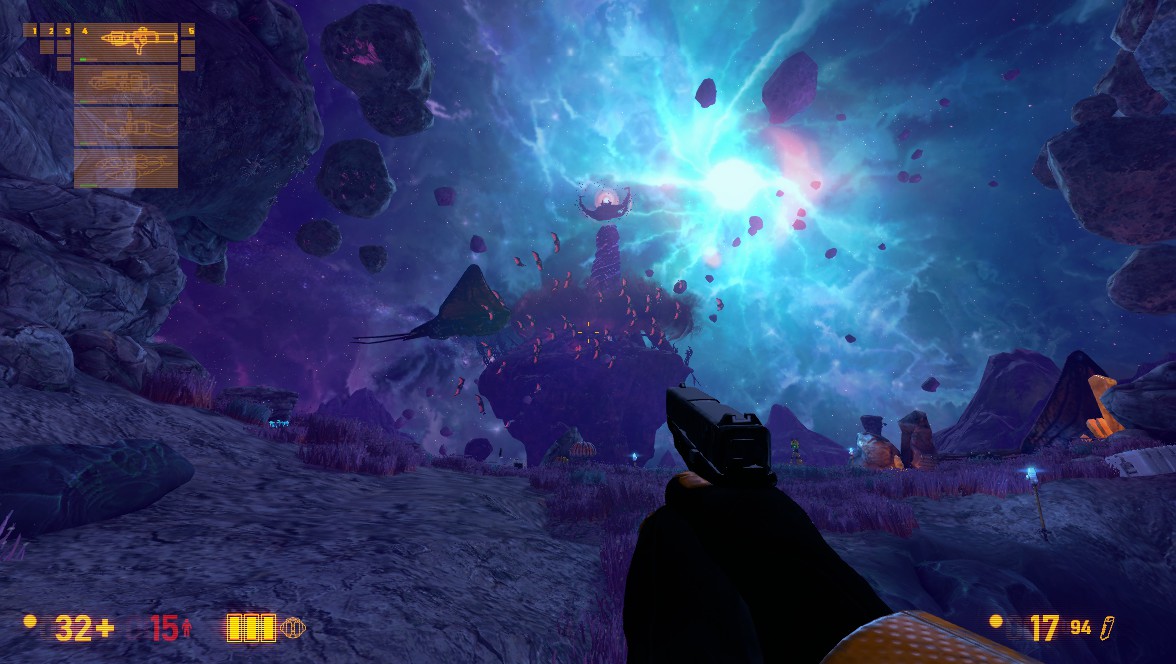 The picture doesn't do justice to how well the team who worked on BM did with Xen by the way. The first minute of the video below is where I took the screenshot. I recommend you look at that.

A few minutes of Halo 2 was fun. 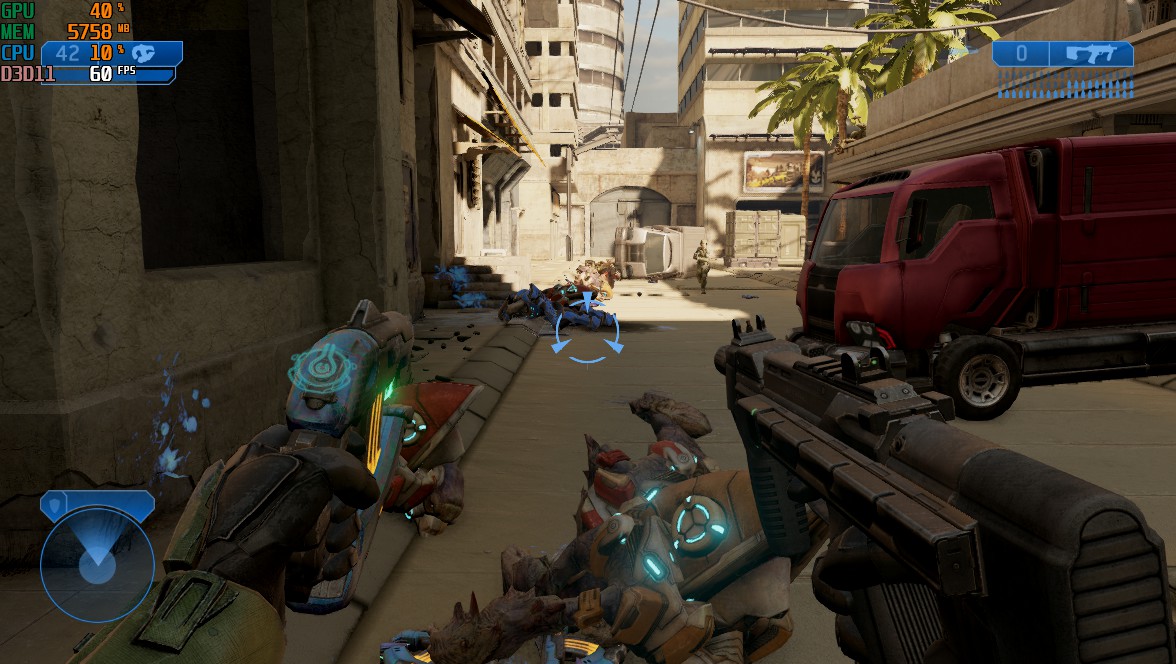 Both games were good for the 20 minutes I gave each. The games are wonderful but I don't have the energy to sit through each of them knowing what happens. It works the same way for books, movies, television etc.

I play Halo to blow up colorful aliens not the story

I rather blow up colorful people with backstories.

Just a small collection of things I have been doing instead of being here holding the line against the secret gays.

Rome Total War is so good. This is has far as I have gotten as the Brutii faction. I have effectively won the Civil War but don't feel like managing revolt risk and other things across the huge empire anymore. So I am stopping here. Other thoughts: This is my second favorite Total War after Medieval 2. They are in fact the only Total Wars I will even play. Rome has better diplomacy but bad settlement management. Medieval has good settlement management but 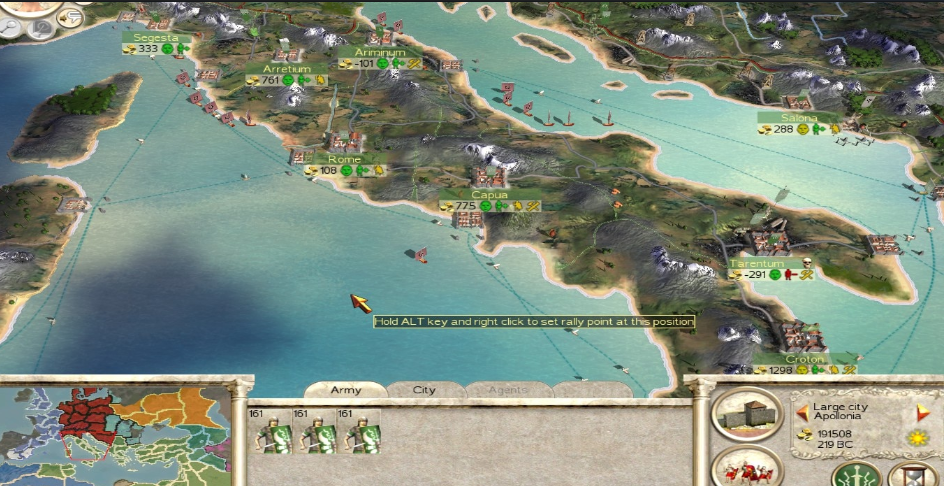 I bought used Playstation 3 copies of Battlefield 3 and Bad Company 2 so that I could screen shot the stats before the servers go down someday. I then bought $20 worth of Steam credits to buy the Steam badges to upgrade my Steam profile in order to put the Screenshot Showcase there. And I added my BF2, BF3, Bad Company 2, and BF4 stats to it so my grandchildren can see them. 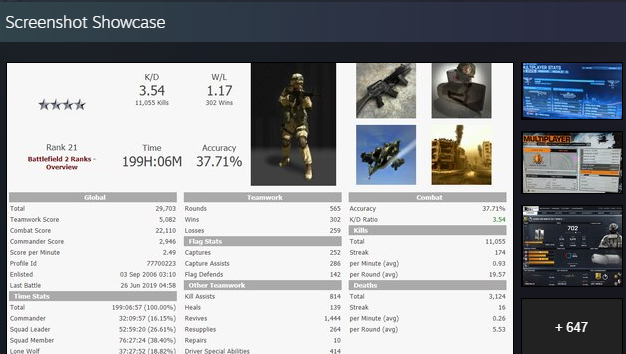 And finally in Magic Arena you have to pick an avatar. I bought off Ebay for $14 the special edition Serra the Benevolent avatar that was only available once as an offline promo. This funny screen shot is someone who also had the avatar and a similiar deck and screen name as me. 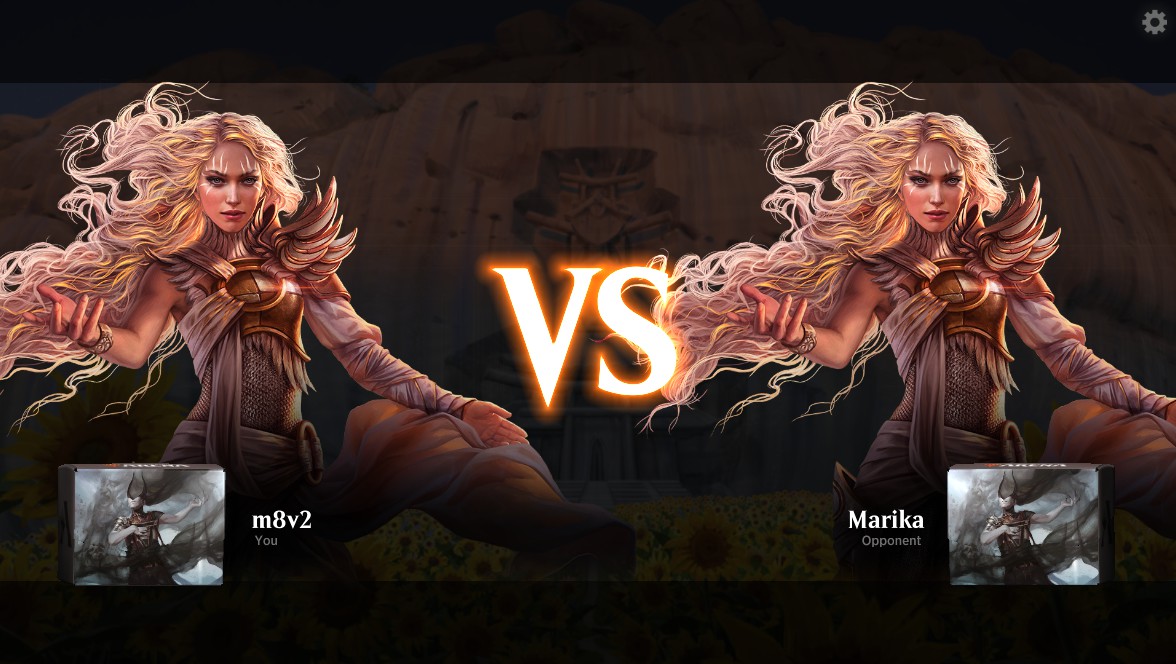 Yes, my avatar is a pretty blonde woman.

I only played Empire and Napoleon TW. Had some time with free weekends playing Rome or Shogun and I didn't like those as much even though they're the more "classic" ones.

I picked up Thrones of Britannia to try and relive the Rome days, and man, it just felt like I was managing a spreadsheet. So much technical shit to know when it comes to estates and marriages and things. I would spend more time researching what I was meant to be doing than actually playing the game. Combat is still great, but after hour 15 I realized the curve on everything else was too much for my smooth brain.
The shape of an eye in front of the ocean, digging for stones and throwing them against its window pane. Take it down dreamer, take it down deep. - Other Families

Thrones of Britannia is widely regarded to be the worst Total War game. Empire and especially Napoleon are known to be good games though the type of warfare doesn't work too well with the engine. Napoleonic battles had hundreds of thousands of men. It bothers me that in the age of 16 core CPUs, the size of Total War battles hasn't grown in two decades.

Total War seems to be very much sticking to the tried and true formula of units glued to each other in squishy blocks, to clash in squishy blocks. It gets more noticeable as graphics improve.

Not that this is a bad thing. I've very much enjoyed the revisit to old style games like the C&C Remaster, although I do wish they'd have included some optional quality of life UI features that you didn't have to install a mod to get.

@desertfox Steer clear of the paradox war games if you didn't like managing ToB. A lot of hearts of iron, vicky, etc. are spent crunching numbers.

I did fail at Crusader Kings when playing it once, and tried to play HoI4 during a freekend and after about a dozen hours still was pretty confused, so you seem to be right there.

EDIT: It seems you meant to reply to Pochsy and not me, but I'll keep my undoubtedly important input regardless.

I still dont really know what im doing in hoi4.

Stellaris is pretty easy. no number crunching just watch them go up and up and enslave the galaxy but no too much cause the game hates 1000 population variants.

really its easier to genocide 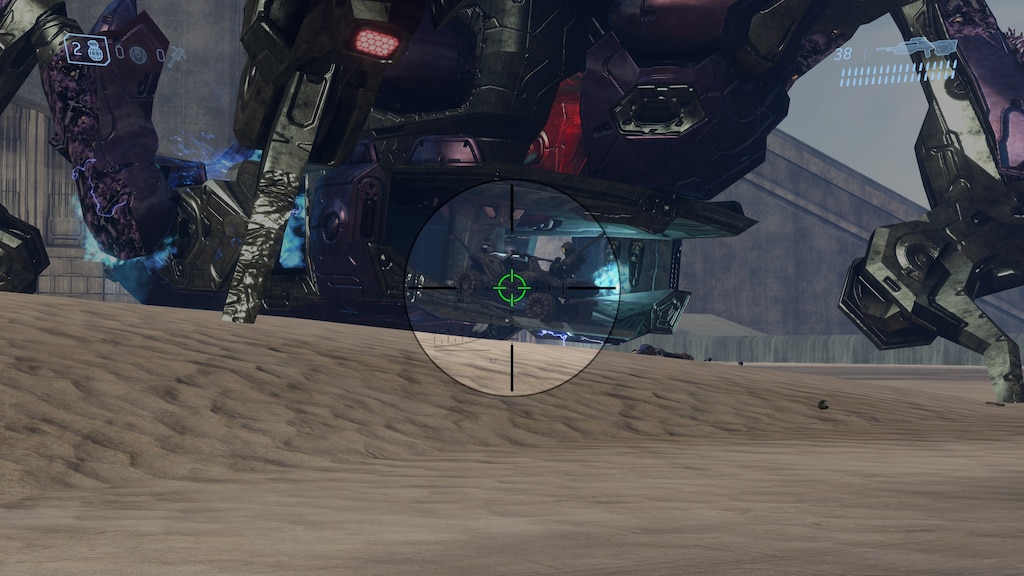 anyone played Valorant yet? Riot's version of OW. My friends this weekend had many good things to say about it.

yeah I played a bit when the beta dropped

it's like the an amalgamation of 4 games, done poorly, with forgettable normie-safe characters and tired mechanics.

One of the better ways to learn HoI is to play a game on one of the smaller scenarios, or console-cheat in your resources just so you can get a lay for what things cost, along with learning the billion non-economical aspects. Learning curve is probably like a week to familiarize yourself to where you can play a legit game.

I do think HoI4 is probably easier to get the hang of than HoI3.

The old total war games that had console cheats were great because they gave you the chance to experiment and figure out how the game worked. Training wheels basically.

Total War games starting with Empire Total War locked the console and thereby locked you out of cheating. You could still use a trainer but who wants to go through all of that trouble. Why did they lock the console by the way? To make it more difficult for people to create total conversion mods.

Dead horse, but I think people in game development have become increasingly hostile to cheating in any form over the years, maybe as a result of being victimized by script kiddies and hackers as far back as junior high. So now there's this umbrella of "our way or the highway," with achievements used as an excuse to extend it over people's single player business. Don't get me wrong though, I'm all for keeping cheats out of multiplayer (unless it's a toggle in a private match like very few games have).

But even those sometimes had a place. There was a cops vs. robbers meta going on in Jedi Knight where self-deputized anti-hacker hackers would pop on from server to server making things miserable for bully hackers. The game was so easy to tweak that it wasn't all that uncommon seeing people fight more like Dragon Ball Z than Star Wars. It did keep me playing until (iirc) that Microsoft game service shut down.

It's a pleasant surprise now when a game has cheat codes just to squeeze that much messing around out of it, but sadly the codes don't always do all of what I'd like to see. Or sometimes it's in a beta state where your save might not even last from one week to the next. So I make my own way by digging for memory addresses with Cheat Engine. 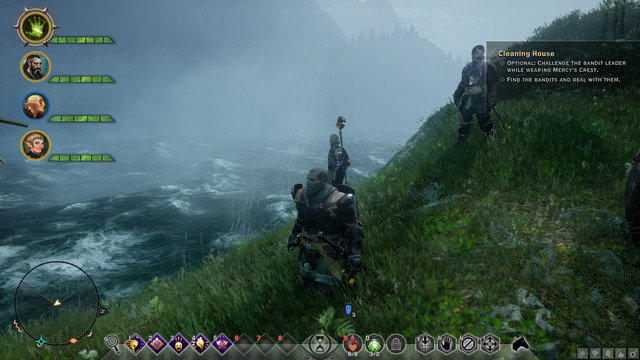 Dragon Age Inquisition. This one passed me by somehow - and now, on a modern PC, it looks and plays surprisingly nice.
if you open your mind too much your brain will fall out.

Dude has the shoulder span of Optimus Prime.