Ken ain't scared of nothing.

I don't like "scary" movies. Nothing about them appeals to me.

Too many things to list re: MSoN. I didn't like the multiple narratives. I thought it was shallow. Too many wink wink callbacks to the Sopranos to the point where it got annoying.

also don't like scary movies. neither trad jump-scare horror nor 'psychological thrillers' or whatever. it just seems so contrived, corny, and a bit lame. i don't quite understand the ritual appeal of going to the cinema and buying a ticket to be artificially scared about 7 times in 90 minutes. these people need to find outdoor sports. or drugs.

I'm in it for the practical effects, but I can't think of any one that is especially a "good" film.

I am a total sucker for practical effects. I don't care for CGI.

@Uzique, in the first scene of the new Scream the killer ask the scream queen "what is your favorite scary movie?" She says the babadook and explains she likes "elevated horror" rather than slashers. The babadook is an extended metaphor for motherhood or something. I didn't watch the whole thing so I don't know.

Which is the better sequel: Silent Night, Deadly Night Part 2 or Troll 2?

The funny part really is how they manage to suck the great and good into a small film - Benedict Cumberbatch as uziq was inspired.
Русский военный корабль, иди на хуй!

benedict as i was inspired? not sure what that clause even means.

Its a bad rip, sorry, but you should get the idea.

Just realized that Tyrell had absolute drip. Look at that bathrobe.

Even pig people can be right about some stuff.

I need to find a girl who will sit with me and help get through this. 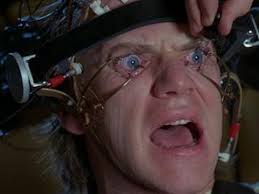 I watched it on a computer monitor just fine. I wished it was even slower

You can't honestly read that review and tell me it's well written, mac, for crying out loud. Diverts to Star Wars and Lord of the Rings and Dune '84 and what movies should do to achieve blockbuster effect, over any other quality. Probably very typical NR movie review fare, I don't know, I'm not a reader. I can't respect it.

Don't watch the movie already, I guess. I think it was a decent presentation of the book as far as book movies go (reserving final judgment for part 2), but I'm not exactly hosting a screening on the weekly. 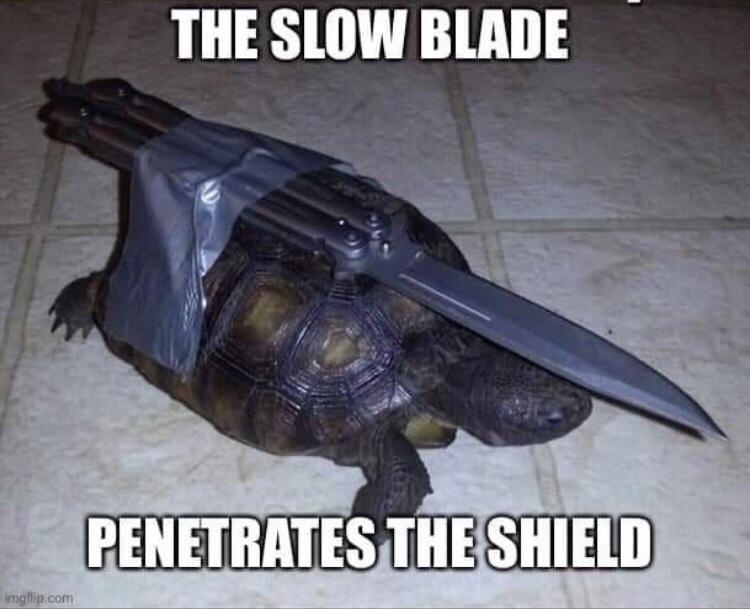 Students were arguing about who is faster, superman or the flash. Spirited discussion among themselves. One kid made me break character and laugh when he said "The movies keeps sucking that nigga off [Superman] by making him stronger than everyone else" Probably not funny when you read it but the delivery cracked me up.

It's startling that they are even relevant until you take into consideration how many decades those characters have been rehashed.

Your funny delivery student had a point about superman. He's always about as strong or fast as the writers want him. DC in general is pretty broken at this point, as IMBA at its most casual as that one MEC chopper peppering the top of the tv tower.

Even Batman, mortal unpowered human that he is, has survived ridiculous stuff that superdetective smarts wouldn't have saved him from.

I remember the last Batman trailer had him slowly walking down some guys who were unloading automatic rifle rounds into his chest like he didn't even feel it. People who have gotten hit with pistol rounds to steel plates still compared it to getting hit in the chest with a hammer.

Apparently they're remastering and re-releasing the James Cameron Avatar movie in theaters in September, which is odd because the sequel is scheduled for December from everything I'm seeing.  I guess that's one sure way to freshen people up on the plot if the sequel is dependent on that.

It's probably not a bad idea for them. They've taken so long on this sequel that the first movie isn't exactly in recent memory. Is it even on 4k? Just give me a $20 4k of the original, and I'll pass on the $20 popcorn and whatever horror show they make of a remaster. Those haven't had the best reputation over the years, have they.

Nope, neither the Microsoft store, nor even iTunes has it in 4K.  I checked Amazon just now, and I also couldn't find a UHD Blu-ray copy there, so they really just let this visual masterpiece of a movie stay stuck in 1080p for the entire last decade & some change.  It's pretty much guaranteed that a 4K version will accompany this re-release though.

I saw Avatar in lie-max (I think) 3d when it came out. I thought they were pretty restrained with it, although I do remember a few maybe unintentional in-your-face shots. Making the audience bat at illusory pollen is pretty funny though if you think about it.

Then I saw it on a regular theater screen. Vastly preferred that version. The 3d one I saw had slightly darker, more washed out colors. In 2d, so much more of it was vibrant and interesting to look at. The only good reason to see avatar as far as I'm concerned. The story is meh and the music tragically west-washed (thanks, James); one or two older posts about this, just when you think it's about to do something exotic, it pulls back into more traditional stuff. Blue balls.

Yeah, I've heard it called Pocahontas in Space at least once before