Did you ever think you would get nostalgia over a movie from 2000? Jokes were so corny and I remembered half of them but it was still so good. Also

I am going to watch Scary Movie 2, the last good one in the franchise tonight.

That movie was a nostalgia trip when it came out. The trailer even has Beetlejuice music. I don't know how easy it would be to appreciate though if you hadn't seen or enjoyed the stuff it references.

Literally the last good Scary Movie. You could see the wheels starting to fall off the series though. Video had more references to 90s'/2000's memes than the original which of course comes at the cost of references to ScArY mOvIeS.

I will probably rewatch that when we get closer to the newest release.
https://en.wikipedia.org/wiki/Scream_(2022_film)

Black Widow 6/10 What it lacked in plot it made up in outfits. Not sure if Johansson was wearing a padded bottom suit at some points.

The Suicide Squad 7/10 Much of it was a dig at American foreign policy, Stallone was genius, the end was neat.

Margot Robbie gets better and better 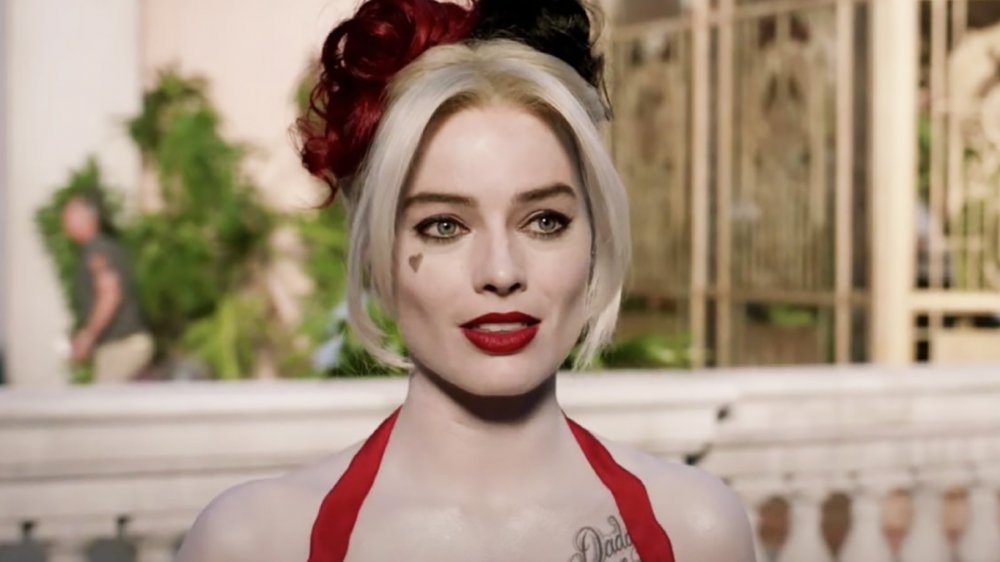 amazing documentary about a war photographer.

recommend you find it in HD if possible.

360p's fine for me. I have a feeling it's going to be pretty grotesque.

Black Widow 6/10 What it lacked in plot it made up in outfits. Not sure if Johansson was wearing a padded bottom suit at some points.

The Suicide Squad 7/10 Much of it was a dig at American foreign policy, Stallone was genius, the end was neat.

Margot Robbie gets better and better

But really, imagine a world in which everyone was as miserable and dreary as you, listening to miserable tuneless drone, watching dreary miserable crap no-one cares about like this. 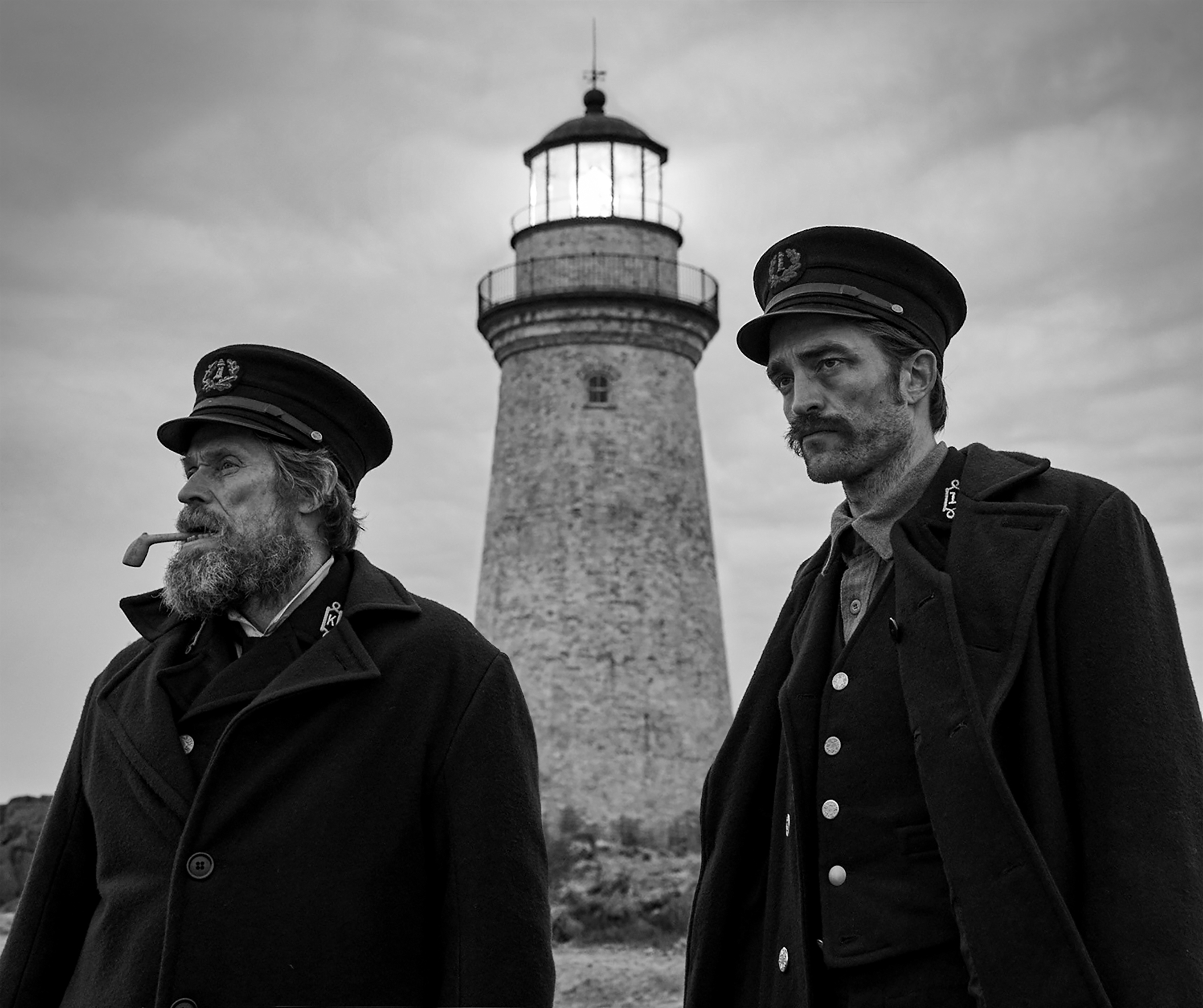 Only able to let go and have a good time with assistance of psychoactive medication.

Wouldn't that be great.

I mean, have you ever considered maybe there's something wrong with your head?

On the one hand you think you have the right to break the law and contribute to the misery and death in the drug supply chain so you can have a good time.

On the other everyone else has to fit in with your idea of whats acceptable entertainment.

There's nothing wrong with watching the odd summer blockbuster or cartoon for a little fun. Getting super absorbed into it isn't something you'd generally want to share with all of your circles, as opposed to stuff like 'Julius Caesar,' 'I, Claudius,' 'The Lion in Winter.' You can see the difference sometimes in an actor starring in a serious movie vs. comic book shovelware. Not to trod on the tremendous effort that goes into stuff like digital effects those films that prop up the usually cheesy/awful plots and one-liners.

Come to think of it dilbs, did you really cry at the end of Power Girl or were you caught off guard by a moving orchestral sound? There's entire technical youtube channels on how to influence listeners' emotions with music.

I've heard tracks I thought were pretty cool without even having seen the movie, or ones after the fact that I didn't notice because I was too occupied with trying to power my way through the plot.

The thing zeek clipped has a very good word for all of this. "Mass-market." That something sells more doesn't mean that it's "better." Just that it sells more.

A lot of potential for making something unique or unusual gets sacrificed in production phases in the name of appealing to a widest possible audience, or specifically eastern, western demographics. Entire musical (see Avatar, I made a post on this awhile back) and artistic concepts have been scrapped because of this. It's nice that among all the literal sewage backflood of generic movies over the course of history (superheroes, not-another-zombie, black-cop-white-cop buddy cops, tame romantic comedies), that there is still room for people to sometimes make the movies they want to make, and maybe experiment, and not have to be so fucking safe all the time. The people who get the most out of it are going to be the people who understand what they're looking at, and will feel some measure of relief at not being subjected to an endless litany of compromise.

I think the old Superman had those comic movies nailed anyway. Strongest man in the universe, and his greatest adversary is a bald multibillionaire with his own personal space program.

Checking out the comic book news now, what is even going on? 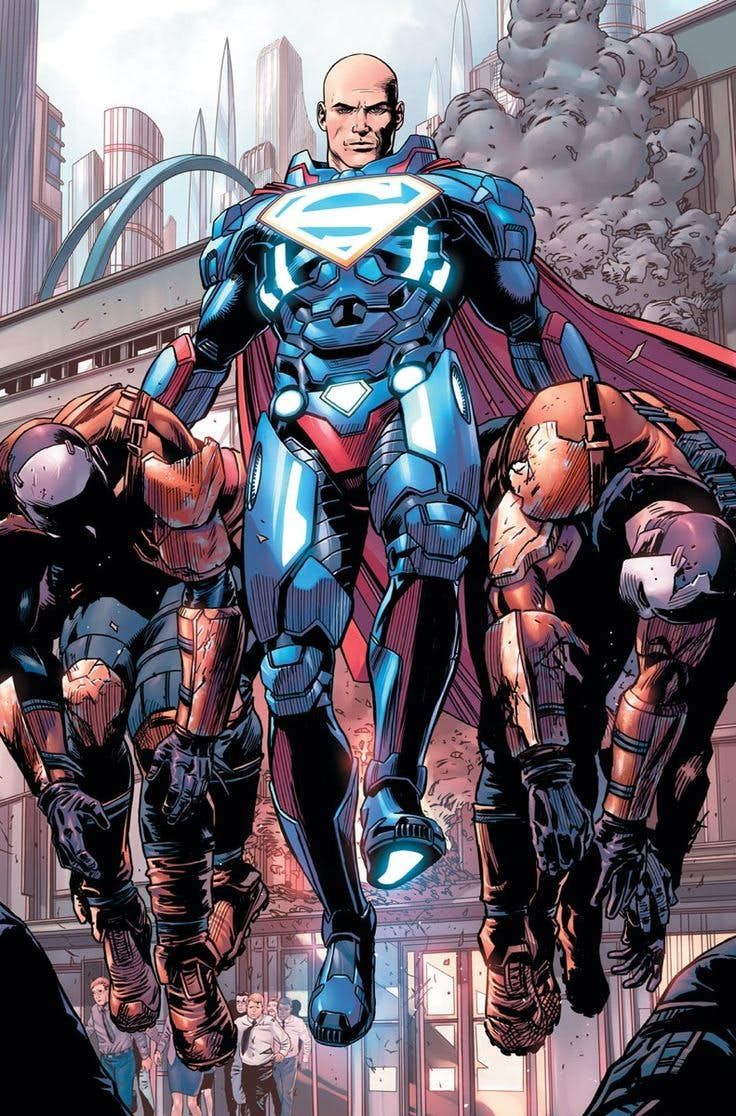 I like how the heroic engineer hero was the hero.
There was a bit too much romance and not enough beam theory though.

There should be more films about engineers.
#FreeBritney

the quote was from alan moore. you know, that guy who made some of the best comics and graphic novels of the last century.

not sure where anyone was adverting for art house cinema. the lighthouse was okay. it was a hollywood fan's idea of an 'art' movie. black-and-white! odd aspect ratio! surrealism! it was one of the better movies that year, but i'm not exactly going around telling people to stop watching the avengers and to watch that.

bizarre drug supply chain rants ... rofl. everyone is implicated voluntarily in nasty, exploitative supply chains. i didn't design the war on drugs just as you didn't set-up the sweatshops that make your awfully chosen clothes.

Does your drug dealing network have an ethical sourcing code? Full benefits for people whose packages explode in their stomachs?

You don't actually need to take drugs, I do need to wear clothes - the judge really laboured that point.
#FreeBritney

That seems like the end of it though, doesn't it? Clothes manufacturers exist that dump contaminants downstream to poison neighboring communities. Not to mention some of the bankrupt ethics in farming. Keeping industries as non-evil as possible seems like a joint effort between legalization and regulation.

This is Target Australia, not some American pluto-narc-gulag.
#FreeBritney

mm, fair point i guess. i wonder what, if any, skeletons lurk in oztarget's closet.

One good way to manage young people is to build rapport with them. At the end of whatever one of the whatever's wanted to show me their art work. I couldn't care any less but it was a good chance to build a positive relationship. So I talked to the kid for awhile about their work. They liked Watchmen and we got into a discussion about Alan Moore. The kid liked the Killing Joke but was still angry at the first 30 minutes of the movie that was not in the original comic. In the movie version that Alan Moore had no role in, Batgirl has sex with Batman because Lost in Translation or whatever.

It was an addition that made nobody happy because comic people/incels don't like seeing other people have sex and SJW didn't like that Batgirl has two roles in the movie (1) fuck batman (2) get paralyzed because the joker shot her to upset Batman. The movie ends with Batman laughing it up with the Joker who paralyzed his young love interest.

The kid seemed to be the second group of upset people. I unironically told the kid he had really good taste in comic booking and was very thoughtful.

One criticism of the movie is that the whole thing was made for the last scene grandstanding.


Dead Trigger 1/10
I gave it a 1/10 because I turned it off after 15 minutes. Some special government group goes around recruiting random people for a mission to go into the site of the Zombie Apocalypse ground zero to get a sample for reasons. What made me quit was when the training section required everyone be taught the basics of how to use guns and kill zombies in a world that survived the Zombie Apocalypse. The really bad part was when the Texan of the group accidently shots themselves with a shotgun he dropped because a zombie let off a leash as target practice started shuffling over to him from 25 feet away. Wasn't expecting the character to head shot themselves but the whole premise was beyond stupid.


Zombie Diaries 2, 2/10
Stopped watching it after 20 minutes. Premise was actually not bad. British soldiers stuck in the middle of the Zombie yadda. Their base falls and they need to hit the road.

Why did I stop the movie. First 20 minutes while the base is being overrun by Zombies is done from the perspective of night vision goggles.

Makes a ton of sense for the military base to fall at night. The issue is that this long extended sequence...can't see shit captain. 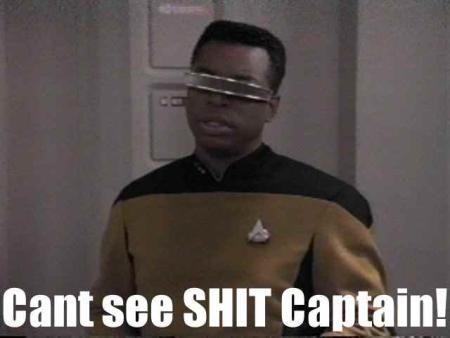 "Being in the dark builds suspense", Okay we all know what a Zombie is at this point and how this genre goes. Let me see your Zombies instead of doing this "screaming in the darkness" stuff for 20 minutes.

Final interesting thing is that I share the Amazon account with my young sister who is a nurse. She seems to have a first responder fetish and binged the two Chicago Fire and Chicago PD series while I am watching Zombies eat people. 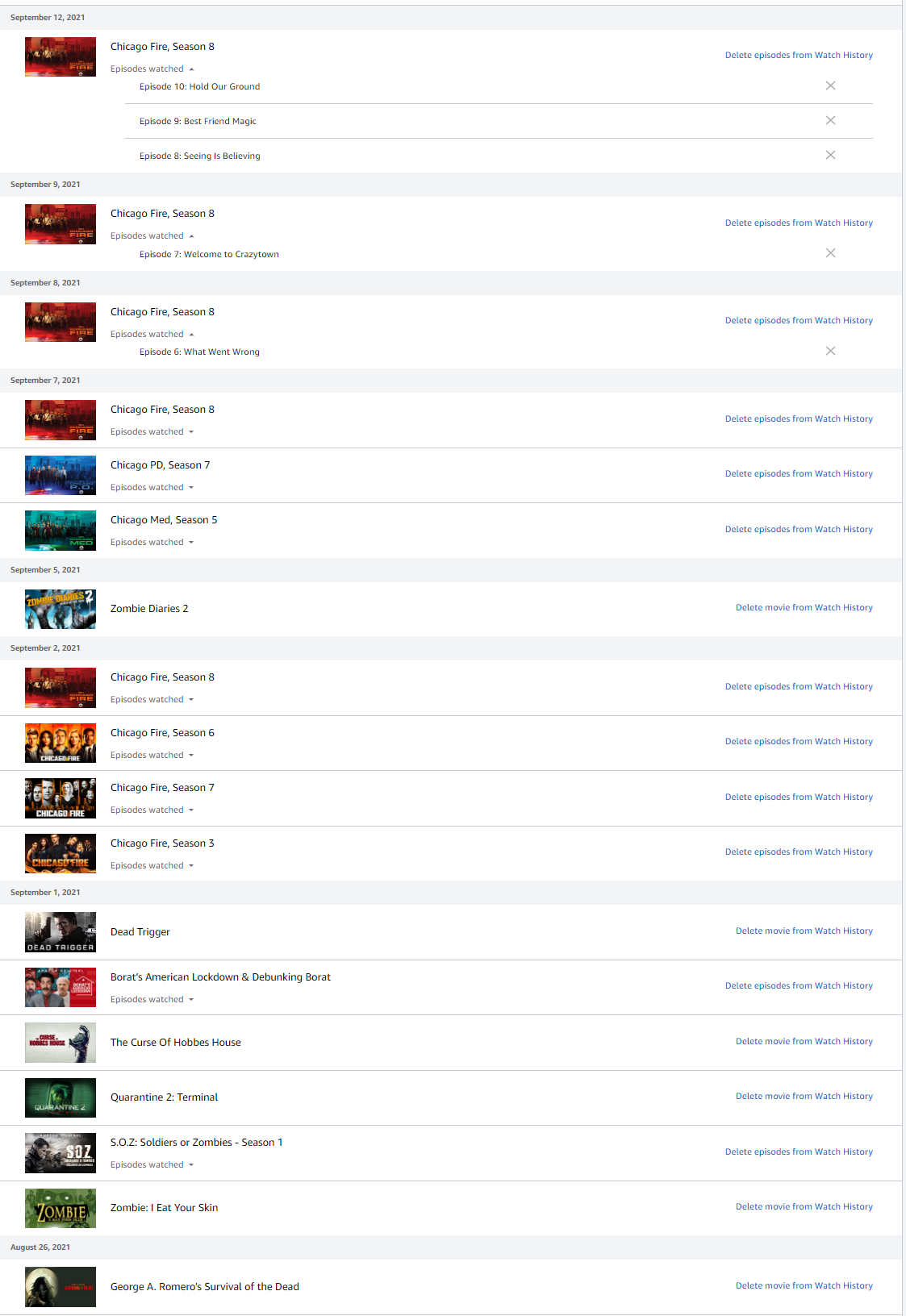 How do you feel about how movies changed regarding the use of showing vs telling. Older movies for many reasons relied much more heavily on characters speaking to each other. Modern movies rely more heavily on action than dialogue. Has this made us better or worse or sideways?

I didn't realize there was a way to delete stuff from your watch history on amazon now. Was that always there? There's some really bad movies I'd rather not have popping up again or influencing my suggestion bar.

I wish they would make order history that robust. Who wants to check on the toiletries they bought back in 2013? You can move orders to an archive, but the archive will only hold so many of them. I imagine it would make you think hard about sharing an account if bought a bunch of Gundams and don't exactly want people knowing.

My sister's boyfriend is a weeb. Once every Christmas/birthday of his, my Amazon is filled with suggestions for anime figures. The gundams and magic cards certainly doesn't help Amazon's profile they put together of me.

They're making a new full Gundam series for next year. Also a movie based off an episode of the original series that the creator disliked so didn't air originally.