The Mercy - 6/10 - Perfectly passable, interesting little story, don't back yourself into a corner, then into another corner.

Captive State - 8/10 - Dovetails nicely with all my conspiracy theories, but was it about fascism or foreign invasion?
#FreeBritney

I keep seeing reviewers calling it cerebral. Is it really cerebral, or is it just a mess of obfuscated storytelling?

It's probably unfair of me but I feel like if I'm not motivated to watch the trailer, what good is the movie going to do me.

The plot was confusing to follow and becomes almost incomprehensible in the final third. I made fun of people not understanding Inception when it first came out because that plot was fairly simple. Interstellar was also pretty straightforward. Tenet meanwhile is a mess. I had to read stuff online to clarify what I just watched.

You will find out in the first 20 minutes of the film that time travel is a thing in this movie and time travel almost never works in a movie. There is one cool mystery in the movie that I think is a more interesting thing than the casual time manipulation in the film.
Spoiler (highlight to read):
Basically people in our time find objects traveling from the future into the past. Weapons and machine parts. They believe that these things are the aftermath of a nuclear World War in the future. The protagonist is tasked with finding the origin of these objects and stopping World War 3. We find out half way through the movie that a cold war/spy war is taking place between "people from the future" and a deep state organization in our time trying to stop to the "people from the future" from triggering an Armageddon like event in our time. Basically many generations in the future, climate change has wrecked Earth to the point that future people want to use a device to reverse the flow of time because whatever effect that will have is better than living in the reality they live in and they also want to punish us living in the good times for destroying the planet before they had a chance to live in it. Pretty neat idea that people from the future are trying to straight up destroy themselves and the past using time travel rather than trying to Skynet or 12 Monkeys change the future for their better. It would be really cool to see what a world like that many generations into the future would look like to cause people to get to that level of nihilism.

robert patt said that he didnt understand his own role or what was happening in tenet for 3 months on set.

he speaks with a lot of candour about his roles, especially all that twilight stuff and how it was just such bloody nonsense.

of course there’s a corner of the internet and nolan fanboys who will take a statement like that from a lead actor as a sign of the director’s ‘sublime genius’ or whatever. nolan just 2 smart 4 u. christopher nolan fans are like that person in your friend group who keeps trying to use long words in conversation and using them wrongly.

It is time travel but it's also kind of different. Basically there's two parallel flows of time, one going forwards (our reality) and one going backwards - which starts happening as soon as you enter the time machine. To be clear backwards time still feels like it moves forwards for the protagonist, but he's moving into the past and what he does in this time reversal affects the past & thereby current time/the future.

Visually it's extra confusing because you see both forward and backward time play out at the same time in the same frames while it feels like things 'move forward' from both perspectives. But for people in the current time those who move in the past appear as though they're going backwards. There's also added layers of confusion in how time travelling objects work or how people moving forward into the past are affected by their surroundings.

I thought it was neat and well executed. I think the negative reviews are more because it's convoluted by design and hard to wrap your head around. Not a very suitable movie for the general public really. But it's nice that Nolan takes the big hollywood $$ and just does what he wants with it, pushing it into a project that normally wouldn't leave small scale arthouse cinema.

After this I do wonder if he still has any more time manipulation up his sleeve. From memory loss, to blackholes, dream-reality, to straight up time travel - he's done most of it now. I want to see him do something else.

Don't forget more time travel and parallel universes and messing with the viewers concept of reality in Westworld (yes I know it's technically his brother, but don't try to tell me that's not Christopher Nolan splooging all over it).

robert patt said that he didnt understand his own role or what was happening in tenet for 3 months on set.

he speaks with a lot of candour about his roles, especially all that twilight stuff and how it was just such bloody nonsense.

of course there’s a corner of the internet and nolan fanboys who will take a statement like that from a lead actor as a sign of the director’s ‘sublime genius’ or whatever. nolan just 2 smart 4 u. christopher nolan fans are like that person in your friend group who keeps trying to use long words in conversation and using them wrongly.

I assume Robert Pat was playing a flamboyant gay man in the movie.

I feel like a lot of the plot was created in service of the type of special effects Nolan wanted to use.

If anyone has seen it I would like to talk about the plot I'm detail..

Gave it a second watch. I would call it a solid 7. I still don't understand how people going backwards and forward at the same time can exist in the same place and I have zero desire to research any of it in fan subs.

Coming 2 America. I saw it so you all wouldn't have to. Easily the worst movie I've seen in a long time. Terrible, terrible movie. Not worth dissecting.

Coming 2 America, 52% on rotten tomatoes. About where I guessed it would be before I even looked. One of those titles where critics compete to see who can put the most burn in a one-sentence summary. Amazon has it plastered all over prime video. "#1 movie in America."

I'm beyond even being irked by the "cute" title that's impossible to say unambiguously without appending the year. The first movie was in '88. This is a Ghostbusters level of necromancy.

Watched "American Experience: The Mine Wars" instead.

e: fwp and not movies, but american gods s3 is apparently via starz subscription only. would normally be annoyed by the switch, but season 2 was a mess and I read that season 3 was worse. too bad, season 1 was kind of cool for what it was.

Good film, glad it was made, interesting to see all the liars exposed, the Blair and Bush govts really were a corrupt bunch of snakes, thank god for whistleblowers and the media.
Also Keira Knightley

By some fluke I watched three films in succession with Matthew Goode, he's strange, so subtle as to almost not see him behind the character.

Some great moments but the film feels disjointed and rushed, which also fucks with the pacing. The narrator moments are not a good addition in this film and break the immersion in the story. It's a similar formula to the Big Short, but the subject matter there is much more suitable for these in between explanatory breaks. Vice also has way too much ground to cover and as a result it doesn't do it well. The early neocon days, 9/11 and the iraq war from the white house may well have been separate movies.

The best part is the acting. The cast is fantastic. Also very much enjoyed Carell's rumsfeld.

I liked the movie but it isn't something I would watch a second time.

Watched some new Zombie movies I have never seen before.

George Romero's 2007 Diary of the Dead. 7/10
His 5th and second to last of the Dead films.
It is one of those Blair Witch Project "found footage" type movies. It was really ahead of its time in terms of the genre considering the early try at it by the director was hamstrung by the fact that small digital cameras and smart phones had not been invented yet. 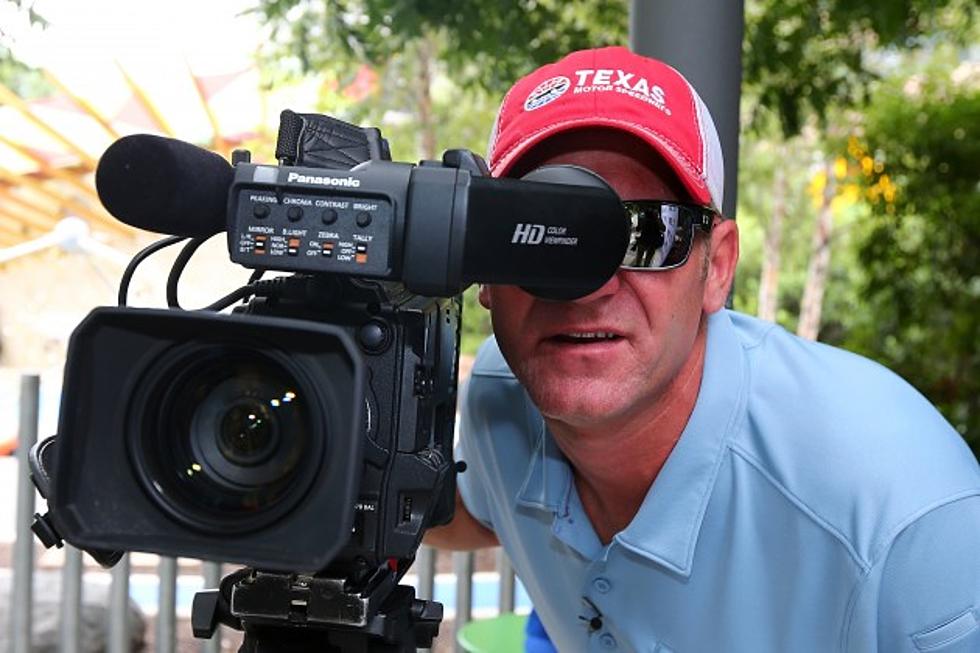 While there were plenty of times where characters did not make the best decisions, the characters occasionally acted in ways that were non-standard for a Zombie movie. They acted like I expect people to act and not like they are movie characters. I appreciate that about Romero movies. I could say more about this but tl;dr.

One of the infamous Uwe Boll video game movies. It is in fact named after those bulky Arcade Machines.

I suspect after watching this movie that people were being overly unfair to the director back in the day. It won't win an as Oscar but Hollywood are SJW and Disney. Zombie movie convention usually downplays sexuality. Having to shoot your lover in the head? Big Yikes. But Uwe Boll has no issue putting in topless girls, general nudity, makeout sessions, etc. While that may seem problematic to have in a movie about the dead eating people, what kind of incel doesn't like seeing a girl naked? This movie was unlike other Zombie movies in other ways too. There was one long action movie shoot out that was actually pretty cool since Zombie movies don't really do that sort of thing. Um other interesting stuff, there was no viral outbreak type event in this one. Instead it was a 500 year old necromancer that was doing all of this. So more points for being different and keeping true to the video game story.


I watched both sequels. Would you like to know more?

First iPhone came out in 2007, but whatever. 40 second clips are one thing, but watching a whole movie in tall format doesn't sound very appealing.

Digital cameras were certainly a thing. There were consumer products in the late 80s. Mass market camera phones in the early 00s. I was definitely snapping pictures with a digital camera prior to 2007, while I was still playing a lot of UT2k4. Pretty sure our class had a digital video cam too.

Film vs. digital was a subject of great debate at the time. There are still arguments for film in 2021, although a lot of them can be purely subjective.

The iphone came out in 2007 but the movie was filmed beforehand.

Was looking forward to this movie but maybe not anymore.

Spoiler (highlight to read):
Not a fan of smart Zombies but I guess they have to be fast to balance our the military people angle.

The close ups remind me of my 70-200 when autofocus broke and misaligned the glass. I don't like the look.

I never actually watched the original 1960's one but have seen bits and pieces and know the broad outline and some iconic bits. So I was only knew about half of what would happen. I still enjoyed this movie a lot and from what I understand a lot of stuff was changed in the remake and probably for the better. The only 1 point I took off is that there could have been less "boarding up the place" shots/moments. Like they spent half the movie "boarding the place up" or discussing "boarding the place up".