With a production budget of $159 million and a runtime of 209 minutes, it is among the most expensive films of Scorsese's career, as well as his longest.

not exactly a reliable statistic considering it had a very limited theatrical release. it's a netflix movie.

"“The Irishman,” released on Netflix on Nov. 27, is expected to be watched by about 40 million Netflix households in its first month, Sarandos said. That would be well below other Netflix hits, such as the science-fiction thriller “Bird Box,” that drew 80 million households during its first four weeks."

People prefer to watch a low budget sci-fi flick 'starring' Sandra Bullock than Scorcese's greatest creation with the greatest actors of all time.

Gangster films have had their day, so has Scorcese.
Epstein didn't kill himself

This is what most people think of gangster films

The Irishman was the second most watched Netflix movie after Birdbox. That's significant.

I was going to comment about how strange it is that you seem to have a hate fixation towards mob movies but after thinking about it I understand. Remember that awful biker show Sons of Anarchy? It did bother me how many people identified with the degenerate and murderous bikers and also thought they were the good guys. I wouldn't want to live next to bikers. When I was younger? Sure. But if you are in your 40's and living in the suburbs you really shouldn't identify with violent vroom vroom thugs.

At least in the Sopranos Tony ultimate fate was a bullet to the head in a diner in front of his family. The main character of the biker show had an heroic death despite killing more people than many serial killers.

anyone who over-identifies with shows like that is a typical tv zombie. see the huge craze in the UK for 'peaky blinders', with a bunch of otherwise personality-free people putting on newsboy caps and braces and thinking they are edgy.

I was listening to a movie review podcast that was discussing that Bonnie and Clyde movie with Kevin Costner and Woody Harrelson.

They called it the ultimate "Dad movie". A movie for older men about older men handling business. Rewatching that trailer shows how obvious it is.

I really hate in movies when a sexy secret agent/assassin/whatever woman manages to throttle a man or defeats a bunch in hand to hand combat especially if it's supposed to be a "serious movie". The power difference between a man and woman is so great that it is near fantasy for a woman to defeat a bunch of soldiers. A 65 year old man like Kevin Costner or 76 year old CGI DeNiro beating up someone noticeably younger and healthier is also near fantasy I feel. Like Star Wars for old people.

the majority of ‘classic’ movies aren’t only watched in the cinema upon theatrical release. they have a long life. film fans return to them, again and again. a reputation like scorsese’s can take several decades to cohere and be cemented. often times it will be a next wave of directors and films that cite or pay homage to the originals that do it.

we’re not talking about landfill superhero movies that are viewed and consumed on opening weekend and then forgotten about.

You said boomers, not Gen X.

Pretty sure Marvel and DC will be going long after 'The Irishman' has been deleted from the servers back catalog.
Epstein didn't kill himself

the vast majority of marvel and DC movies will be forgotten. maybe they'll be used by chinese parents to help their children learn bad english.

i actually have no real idea what a gen x, boomer, millennial etc. actually are. i'm just seeing old people at this point. fair enough if boomers are 70+. scorsese's hey-day was obviously the 70s and 80s.

I think the comic book movies will always have a niche spot in comic book fans' libraries. Look at how long Star Wars has stayed relevant despite the fact that it wasn't really that "good" in the usual sense. IIRC, the first movie was heavily taken apart and sewn back together by editors just so that it could make some sort of sense.

star wars was never good and it has only slowly revealed itself as the hokey, puddle-deep space opera that it always was, the more 'canon' things are released and the more you see of it. it's dorky and stupid. i am glad that disney are hyper-accelerating the star wars thing to make it patently obvious what the series always was. people are mad that the latest sequels repackage ideas or fan-service from the first? what, did they think those original movies were incredibly novel and visionary or something?

star wars fans are easily one of the most abominable fandoms on the internet.

I've never cared about Star Wars or got the hype, it is puddle-deep.
Epstein didn't kill himself

All that is probably true. The biggest qualm I had was the Marvel-ification of recent movies that made them feel very unlike previous movies. I'd prefer to keep my disbelief suspended instead of thinking "have they mentioned fuel before?"

If I had to sit through one of the trilogies again, it would be the original one. For all its (many) flaws, it didn't really feel like it was trying to pass itself off as anything more than a hammy good time.

People who say they went in to see the new movies with low expectations but still came out disappointed and with an exhaustive list of nitpicky bullet points are probably lying about said low expectations.

I enjoyed Rogue One and Solo so much more than the new trilogy. The Mandalorian is also getting great reviews so I will watch that eventually.

Including the original trilogy cast all over the newest trilogy was probably a bad move. It's a giant galaxy. Let's see more of it instead of baby boomer Princess Leia refusing to retire from leading the resistance.

I saw this clip from Solo that included a deleted scene.

Seeing the rebellion from the empire's perspective even momentarily is just so great. Also a big shout out to whoever decided to cast a new guy for young Han Solo instead of having a Harrison Ford CGI monster hooking up with Daenerys Targaryen. 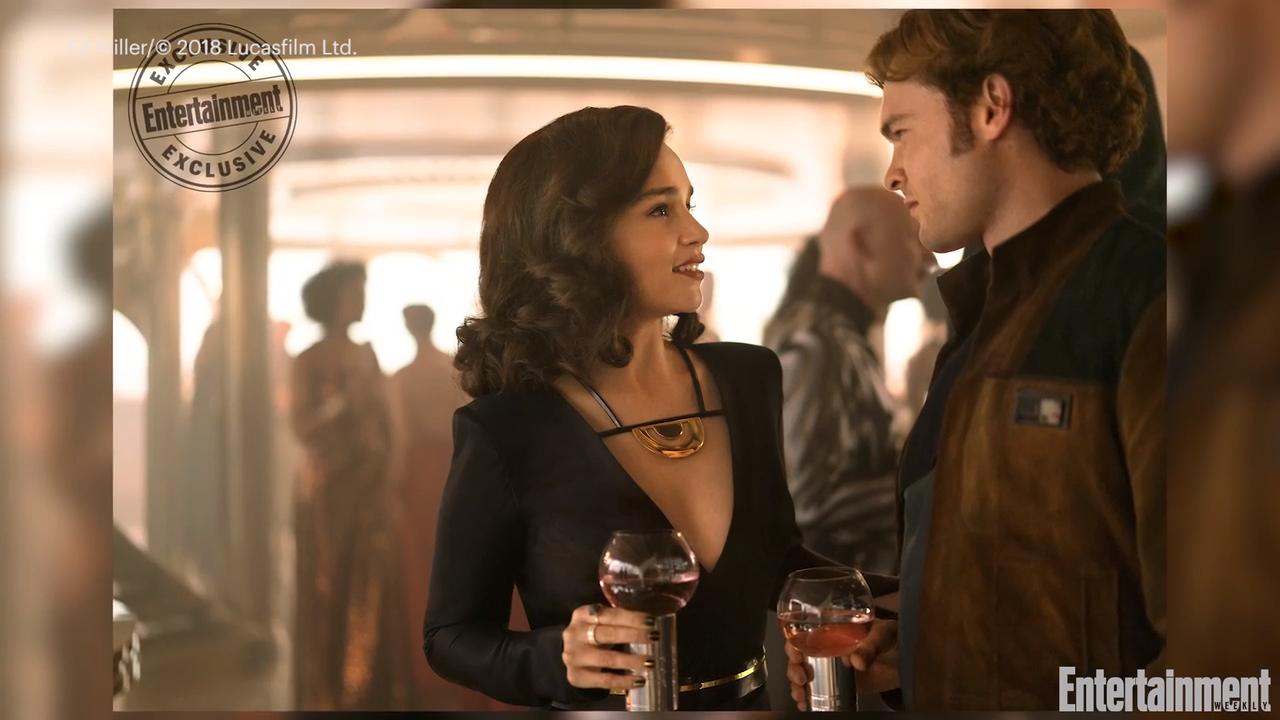 The male actor was charming enough as his own person and it is a shame that he had to be pretend to be another more popular character.

I think it's less about the movies trying to tie into the old stuff, and more about them just not being very good as a whole. Even by lax Star Wars standards.

Harrison Ford purportedly hates playing that character, and I think it showed. The contempt with which the movie executed Han Solo was almost meta.

There was a wealth of comparatively better post-RotJ material that Disney tossed out the window in favor of half-heartedly farting something out. I don't see how that was supposed to impress either newcomers or older fans. They're continually poaching stuff from the older expanded universe for stuff to make canon, so I don't know why they didn't just do that in the first place.

I didn't really like Rogue One all that much, but it's still my favorite of the new movies (haven't seen the newest or the newer TV series).

The emperor coming back after RotJ is from the old canon. And it was just as dumb then as it is now. The inclusion of the emperor has to be the biggest thing stopping me from seeing the new movie.

Putting the emperor in I think was the movie makers surrendering to the internet. Disney saw the prequel memes and thought they could win back the nerds by having the emperor show up.

There's no canon, its a crappy soap opera.
Epstein didn't kill himself

Looking it up again,

George Lucas’ own definition has long been that the films are canon, TV shows and movies and a few video games are semi-canon, and all other media](books, comics, etc.) are apocryphal. They might be accepted in “broad strokes,” but the film series is not beholden to apocryphal creations, and is free to contradict the books and comics and whatever else anytime (which creates all sorts of continuity issues for the EU).

That sounds about in line with what I could remember.

There's been a long history of ideas being picked and chosen from the non-film media. That's not new with Disney. I think a lot of people would've preferred they consult with its long time writers to bring some better stuff into the movieverse rather than, for example, change a bunch of established characters around (Luke "I won't fight you, father" Skywalker ready to kill his nephew in his sleep) or spend most of a movie on a bunch of ships chasing another bunch of ships in a straight line until the smaller fleet gets tired of being picked off and kamikazes.

As far as I'm concerned, Disney can do what they want as long as I get another TIE Fighter type of game. Not going to hold my breath for that one, even if Fallen Order was a promising entry after the Battlefront debacle.

how many star wars franchise video games have there been now? 40? 50? are you nerds not tired of being fucking patronised?

I could use one of those arcade X-Wing games. 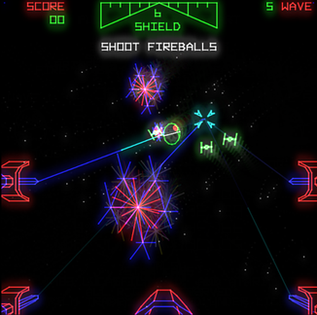 how many star wars franchise video games have there been now? 40? 50? are you nerds not tired of being fucking patronised?

Who knows? They've been coming out since forever. If asked which ones I think are worth playing from experience:

Of those, replayability stands the best for Empire at War (with mods) and the later Jedi Knight titles. Kotor were decent as games, but I do think they get placed on an absurd pedestal. Haven't played any of the vector arcade ones and couldn't really get into Pod Racer or any of the SNES masochism people liked so much.

Wading through a sea of garbage to find a few gold nuggets isn't so bad if you skip over most of the garbage.