Lets all be friends

Sig Of The Week, those were the days

oh, and this is the Hi Mark! of the thread. you can close it now.

Yes, yes it did

Self question of the day: "Hey, does BF2s still exist?"

norwich in the quarters, first time in like 18 years.....sick

But yeah, that's about it.

Yeah he's shit though, and how many Premiership appearances has he actually made.

probably like 15-20
but he has only been in the prem for this season and last, and has caps for canada, unlike hoilett

Those barred include felons and addicts.

Rather redundant, no?
Don't you have to commit a few felonies on your way to becoming addicted to illegal drugs?

lol i hope you're kidding. you can become a drug addict to over-the-counter prescription drugs (america has a particular penchant for painkillers).

also im guessing if they are vague enough to just say addicts, alcoholics may be counted as well

Well this isn't Premier League but how the fuck does canada lose to hondouras 8-1 to get knocked out of the 2014 WC? WHAT THE FUUUU

Honduras have some good players that's why. They at least 2 premier league players I can think of, can't think of any Canadian ones...

But yeah, that's about it.

unfortunately I couldn't find a pure video without a news cast

why are mkxiii and cowami back? don't they know this place is dead?

because i knew how much everyone missed me, and by everyone i mean the 3 people who remember that i used to come on here, and by missed me i mean were completely indifferent towards whether i was here or not

(p.s. it doesnt count as cool if you do it like that )

i never back down from a fight, no logging out here

bring the pain bf2s, just you fucking try it 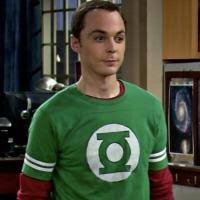 i dont know i guess i always think of it as assessing what party you think will best govern the nation, allocate taxes in the best way, will make the decisions you believe to be the best ones in whatever scenario may arise, or whichever party you can get which gets closer to this than the other if neither fully fit what you want. but i guess the only way you can do that is to think about which party will make the country more how you want it to be, and everyones view on that will be different, and will be shaped in certain ways by their religious views, or race, or gender and so maybe those characteristics can be a valid way of choosing a candidate as they arent as superficial as i have made them out to be and can make someone more likely to have similar views to you on unrelated issues due to a similar overall mindset.
i suppose i was wrong to suggest that these things shouldnt be taken into account in that respect, as long as people dont immediately discount the other candidate due to them not sharing the same characteristic, such as for example if someone straight away decided that they didnt want a female president, regardless of who it is and what their views are so they will vote for the male one, as that is an objectively irresponsible way of viting in my opinion

what Finray said, this thread wont get you anywhere most likely in this section, but in Clans you will hopefully get a good response. Good luck

i promise to never again make a hyperbolic statement on this forum.

i just dont see, when looking at it all objectively how anyone can think voting for him is a good idea. from what i can tell, and i may be completely wrong, so anyone feel free to correct me, but a significant portion of his voters automatically choose him, and the party as their wanted representatives due to their religious views, which is worse than being completely irrelevant to the presidential post, but goes against the constitution and separation of religion from all political state matters.

again, as i said, i may be wrong

this is a pretty dumb post. you can't stop people in democracies from voting on whim and personal preference. it has nothing to do with "separation of church and state" when religious people vote for other people of the same religion. that's like saying "separation of state and race" when black people vote en masse for obama without giving a shit for his politics. yes, the mass are capricious and whimsical. yes, hardly anyone gives a fuck enough about politics to make an informed-choice and responsible vote. but what can you do? the only thing you can hope for at the end of the day is that your voting public has less religious nutjobs than ordinary rational citizens; you have to simply outnumber the people that vote in blocs according to colour/creed/class/fashion sense/whatever.

its a good point about the separation of race and state point, as i do believe that in the last election, obamas race was way too big an issue and was a factor in losing and gaining him votes dependant on the voters inclinations, and that was the wrong way for voting to take place. essentially what i am saying is that i believe that this election, the religious aspect is the thing that is weighing the election away from objective voting more than any other issue, and if i had given my opinion in the last election, i would have thought exactly the same about the race issue, essentially i was just attempting to say that i wish the whole public would vote objectively as opposed to using a trait that a candidate has that is irrelevant to the job, and that i think this time, the trait in question is Romney's religious views

edit: to Jay in his post.
I understand the concept of people wanting someone in office who relates to them, and is similar to them in certain ways, such as religious people wanting a religious leader, black people wanting to see a black leader, women wanting a female leader etc, but as i said above my main point is that just because someone is similar to you in a certain way, isnt going to make their policies the best, or them the better man/woman for the job, and people let that cloud their judgement

was only introduced at the motto and on money etc in the 50s, as i said i was talking about the constitution

the lack of goalline tech is a fucking joke. i dont care if its currently being designed and implemented, its too late. fucking ridiculous

its depressing that i cant think of anything for this thread

If Romney wins, americans shouldn't be allowed to vote anymore

i promise to never again make a hyperbolic statement on this forum.

i just dont see, when looking at it all objectively how anyone can think voting for him is a good idea. from what i can tell, and i may be completely wrong, so anyone feel free to correct me, but a significant portion of his voters automatically choose him, and the party as their wanted representatives due to their religious views, which is worse than being completely irrelevant to the presidential post, but goes against the constitution and separation of religion from all political state matters.

again, as i said, i may be wrong

"Mancini happy with return to form."

they beat Sunderland 3-0....that isnt a return to form, thats managing to win a race against a child who doesnt know he's taking part

If Romney wins, americans shouldn't be allowed to vote anymore

that death scene was amazing

too sexy for his own good

Ill throw my dick in AussieReaper

according to HIMYM they go to new jersey on occasion but hate it, and thats it

too controversial, need a people pleaser

because of logic and reasoning

Because his avatar is on crack