I might not have posted much but I've popped in here for a quick read nearly every day since I signed up on these forums.  I'll miss this place because the people here have always been entertaining and at times I've even learned things!  Thanks to everyone here for making this place what it was.

Eh?  People moaned about the Marquez result but Manny was clearly ahead on punches landed and power punches landed, and the Bradley result is bullshit of the highest order.  Bradleys own corner had Pacquiao as winner by four rounds so I'm not sure what you mean by the above?  Don't get me wrong I'm no Pacquiao zealot but after this result everyone who 12 months ago was on Pacmans dick and was talking how he would eat Mayweather alive is saying the opposite - on the strength of one average performance and one daylight robbery.

Manchester United And Liverpool are the only two clubs in my opinion who can really be considered massive in English football.

Suarez showed just what a piece of shit he really is today.  I may have a deep seated hatred of Liverpool FC, but I have always given them a great deal of respect as the only other truly massive club in England.  As long as they defend that rat of a human being they don't even get that from me.

Had to explain the Ultras to him.

The Ultimate Ultra - the reason I bought a Fenerbahce KFY scarf http://thegoonerforum.wordpress.com/200 … in-turkey/.  Ignore the fact it's on a Gunners forum, just read the article.

A guy I work with was convinced he'd heard Christopher Biggins had died.  I said I think you mean Hitchens and his response was ah thank fuck for that - Biggins is safe......

See how Marquez counter punched Pacman?  Well Pretty Boy is the best counter puncher in the game. I don't think the fight will ever happen, but as I have said before and will say again, I cannot see Pacquiao beating Mayweather.

My old man just made a loaf of bread

tis fuckin' lovely. Do yourself a favour, get bread maker.

I got one 'bout a month ago.  Love it.  Mucho bready goodness.

lol on Soccer AM it was just pointed out how much Dirk Kuyt looks like Sloth from The Goonies.

One of my favourite riders, truly saddened by this news.  Haven't seen the race as I left for work before it started but glad I didn't see the accident tbh.  RIP indeed "Super Sic."

Few of my faves

I'll be mushroom picking before too long now I guess.  Usually October times when they appear.

Mushrooms > all the rest if you really have to do hallucinogenic stuff.  Salvia is dutty.

That was sooooooo easy for Jones.  Rampage exposed for what he really is - slow, one dimensional, and past it.  Nice win for Nate Diaz too.  All to often I hear UFC commentators talking about "great boxing" coming from fighters which 99% of the time is bullshit - in fact it is an insult to boxing to call it that much of the time but Nate showed some tasty work with his hands there.  Was sad for Matt Hughes - he's been one of my favourite fighters for ever and if that was really to be his last fight I can't think of a bigger arsehole to be ko'd by than that Koschek prick.

A Blaze handheld Megadrive emulator.  Comes with 30 games pre loaded and an sd card for roms.  Sensible Soccer and Cannon Fodder are the games for today!

Coz those all in black were England?

Yeah.  I like Diaz, but I think he has mental problems and might get sectioned at some point.  He's clearly crackers.

murray is a piece of shit.

an equally appealing fight?  The first was for the title on a main event with a guaranteed percentage of the PPV revenue.  He went from a probably $1mil+ windfall to most likely around $300k.  I'd say that's a pretty big hit

I mean purely fight wise as opposed to pay day wise.  It'll be a better fight to watch imo.  But we know how much Diaz love to get paid i suppose, it's all he ever goes on about!  I expected him to get suspended or some shit.

So Diaz misses two press conferences and his punishment is......an equally appealing fight?  I don't mind, I'm sure Penn v Diaz will be awsm.  Also like the sounds of Kongo v Mitrione.  Kinda impressed with Mitrione at times.

that england match was so boring i fell asleep.
nothing to do with being up at 4:20am though

Layabouts stay in bed till 4:20, I'm up at 2:30am every day.  I fell asleep before the game even started!  Good job I have pretty much given up on watching England.

someone else take mah go, i can't think of anything cool

ye they are suprisingly helpful 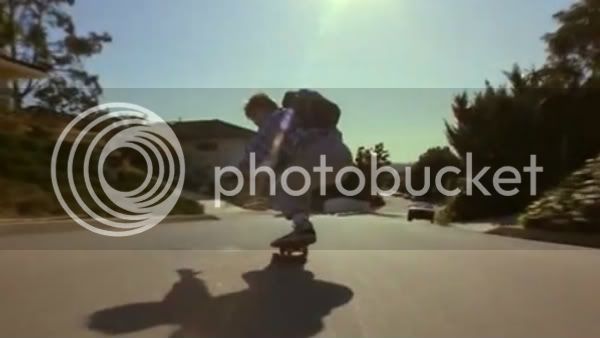 Imma have a stab at Gleaming the Cube.  That had skateboards in it.

There's still a few servers going, but you'll be choosing from Camp Gib or Karkand pretty much.  Played some a day or 2 ago when I was bored.  I hadn't played for aaaaaaages but my account was still ok.

The mrs just looked over my shoulder at the first pic in the thread and said "oh, I thought that was you for a minute."  I must look that grizzled.

If Jenas leaves Spurs my m8 will have to move from London.  JJ pays his rent lol.

lol no one actually works at home.  You dont get the loser tag.

Working on deadline day is for losers

Glad I gave myself a half day off to watch this now.  The freak Gooners made my day.

They'll sign him as long as he keeps his curly hair?

Fucking hell these Gooners they're interviewing on Sports News are all freaks of nature.

Still reeling from Hargreaves job offer.  City are game to buy ANYBODY AT ALL.

I bet he'd get 300 goals in his first spl season

He should go play in Scotland, he'd be a god there tbh.

But he's got so much quality.

If he's fit enough to pass a medical at City, I'm guessing that he's a little pissed united let him go just as he felt was fit enough to play...I doubt he will play much for City, no space in that team for him.

His legs will fall off as soon as he is under scrutiny. Plus he felt he was ready to play again when he managed his 4 minute long comeback before being injured again.

Why would he do that?  They paid him to do fuck all for at least 2 years.

Fuck me.  I couldnt believe that someone signed sick note Woodgate but Hargreaves.....does he even have knees anymore?

Gotta love The Spider.  He really is a cut above.