Did you go to the game Don?

So, is there a fantasy league yet?

So, is there a fantasy league yet? 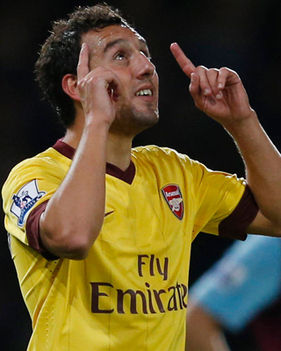 I'll be very disappointed if I don't get a ticket.

See you at ze paady, Richter!

Well it is again, I had to wash it immediately when I got to work.

This is the third time in a week when this happens (washed last friday also). The little flying divebombers have just finished nesting in the park by my apartment building, and are now going absolutely nuts.

I fucking love Mondays! And these bastards (supposedly the most accurate shitters on the planet). 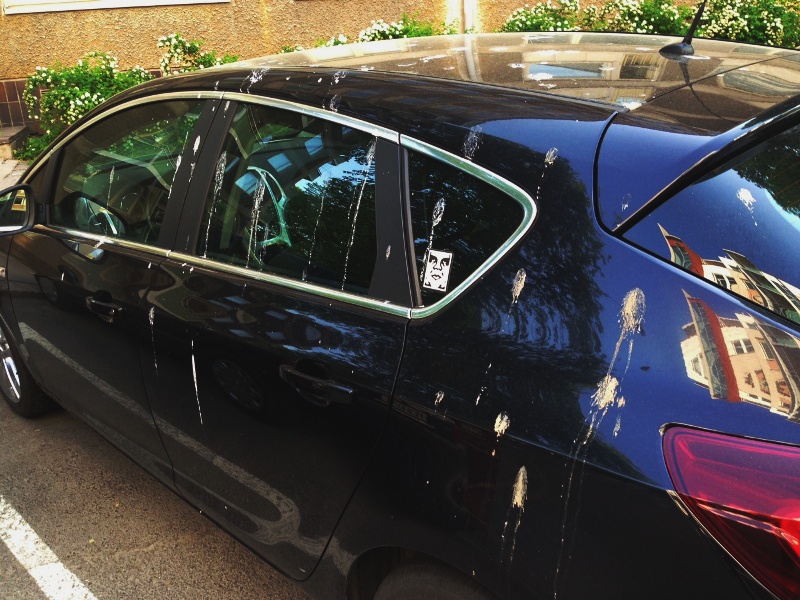 Ilya Kovalchuck is so cute when he's agitated.

3 seconds before the end of the game:

My lack of spoiler tag use is intentional.

It's a movie about a bunch of dwarfs walking. Then running. Then fighting so that they can continue to walk instead of run. All fight scenes end up in that all hope is seemingly lost, then Gandalf suddenly appears and saves the day. Also, too many Disney-characters; the Gerard Depardieu-dwarf and birdshitface-wizard riding a bunnysled to name a few. Then the film ends when they're not even halfway to the place where they're going.

Is it just me, or are you guys hearing the same in this Finnish Mickey D-ad? 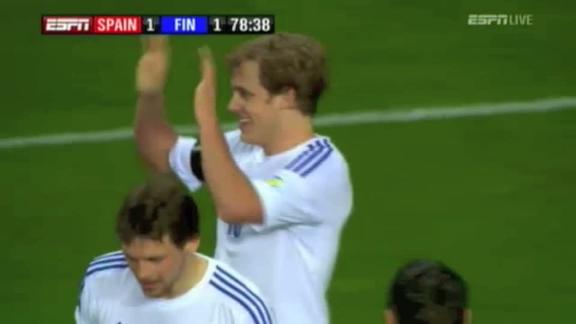 Everything went better than expected. 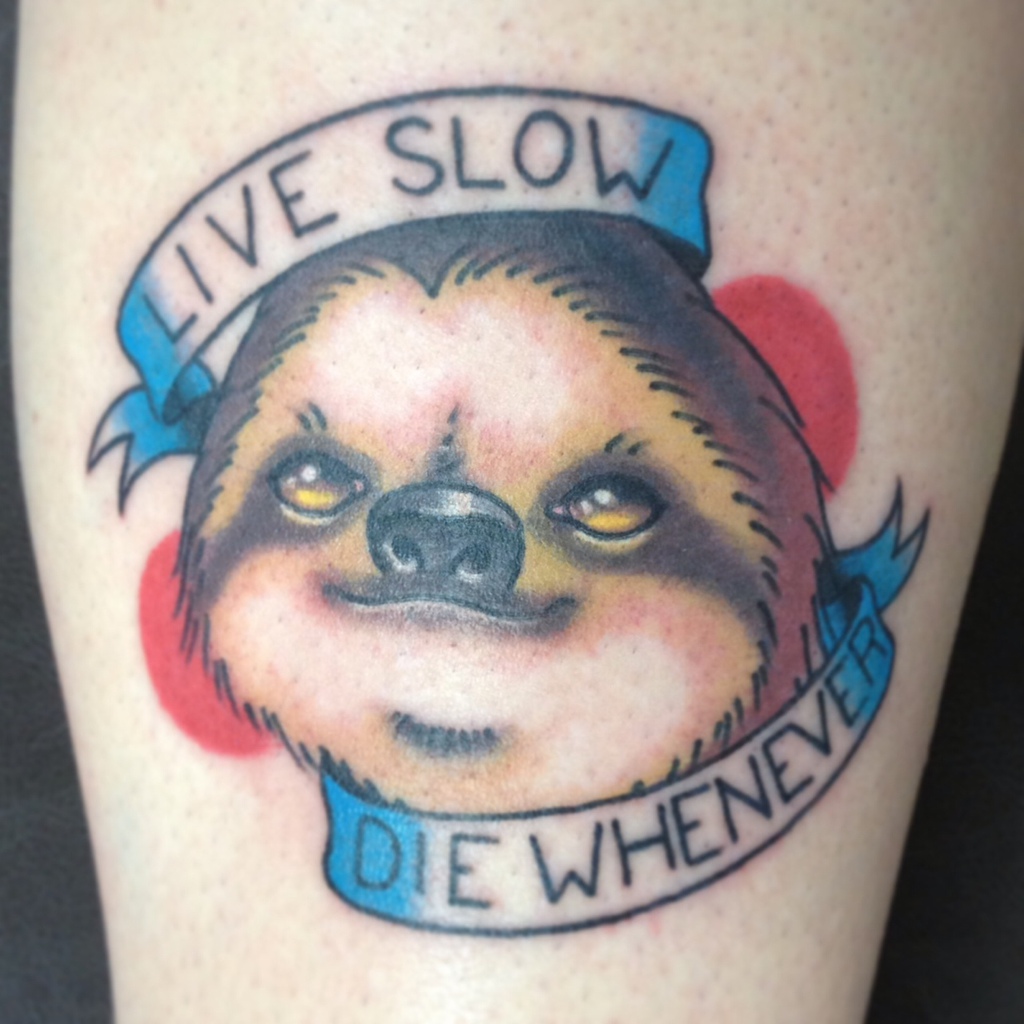 I'll respond with this grainy photo I took last night from my balcony. Something that doesn't happen too often in Southern Finland, aurora borealis.

It's Spring, and bloody freezing still, at least something good comes out of it.

After all the Cavani, Villa, Llorente etc. talks, Wenger brings in a defenseman called Nacho. 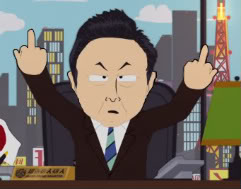 oh yeah. i bought chains for my truck.

I timed my changing to studded winter tires about two hours before it started snowing. Not everyone did.

Last 24h reported to cops alone (small fender benders for the most part go unreported because of the insurance payment increase to the guilty party): 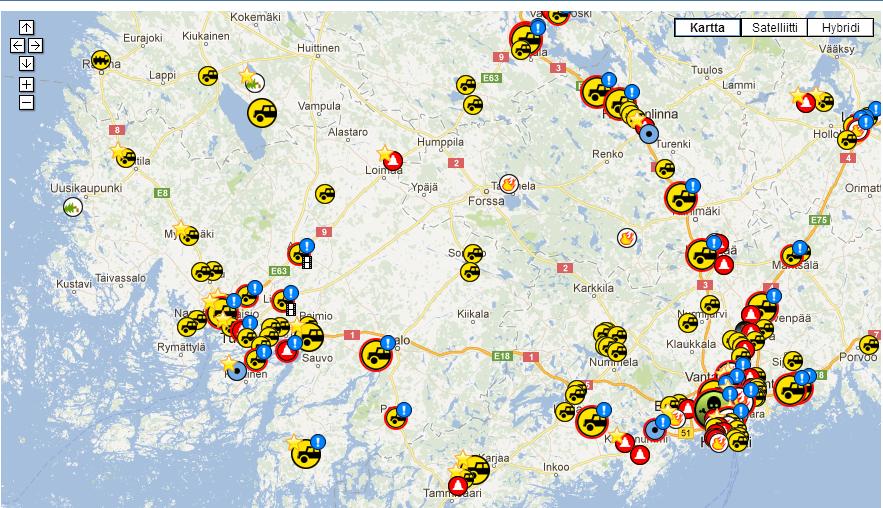 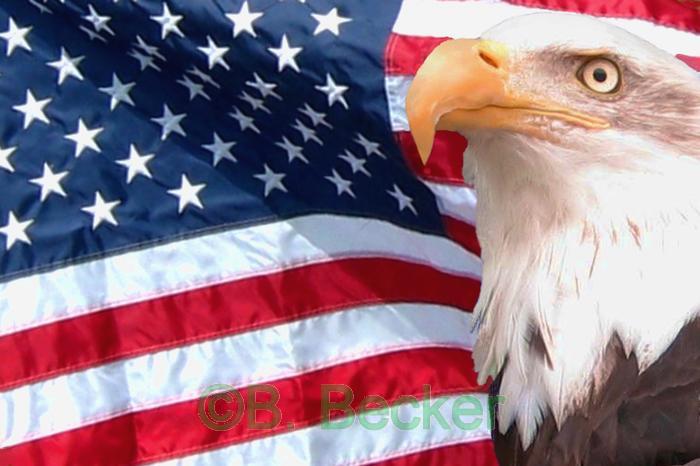 This is one of the best EE-Chats pages I've read in a long time. Does that say something about me, or you?

Was supposed to see Meshuggah Friday next week but:

Meshuggah's four shows, scheduled for next week, have been postponed to 2013. More information to follow soon.

Time to put this thread to sleep, I think.

I can finally post in this thread and say...I don't have girl problems

lol little do you know your girl problems are only just about to begin. What you had before was lack-of-girl problems.

You said it, man. 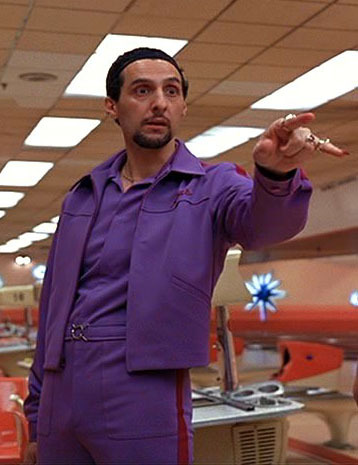 I never give full points, and this show would be a "highest Don-grade" 9/10 if it weren't for the fact that some of my friends have started to call me 'Ders.

Specifically picked Ramires with Chelsea playing two matches this round, and he is fucking "ill".

Ditto. Although all my players tanked in the first round tbh.

yea weve had how many posts were its been asked that

Last time I remember reading that was when I gave advice on how to shave balls.

I don't like myself at all I rarely have anything to say. Getting to know somebody gives me a lot to talk about but after I know somebody I just don't talk much. I find myself quiet and un-fun.

If you're quiet or talkative really doesn't matter that much. My point in that you must like yourself was that you need to just be comfortable with where you are in life right now. It's a state of mind that radiates from you and people pick that up. I'm not even talking about confidence, but just straight up enjoying that moment, whatever it may be.

A few months ago, after my ex and I decided to call it a day after a 4 year relationship, I decided not to be sad, but as Barney Stinson said, be awesome instead. I'm sure she did that too. (1) Because the breakup was peaceful and we still stay in contact (she's still a great girl), it wasn't that difficult to avoid self-pity and emo-cutting. After all, summer was just starting and I had a lot of stuff going on with a lot of friends.

So this one night, about three, four weeks after the breakup, I had a great day at a friends house, we were about 20 ppl or so, throwing some 'merican football, shooting hoops, playing ping pong naked, watching Finland beat Turkey in footy and enjoying a good hour or so in the sauna. A fucking awesome day, to be honest. We left the party at about 11PM and headed to town. We all just felt good about everything, and the steeze became just that much bigger when we drunk-bombed a few gentle sloping hills on our way from the party to the pubs as well. (2)

So we get to the bar and it's packed. We still somehow manage to find a table for the about seven of us, which we were at that point, four guys and three girls (good lineup, by the way, try it). (3) After setting our gear down, I headed towards the bar and had some chats with other friends that I noticed were there. There were a couple of girls that I'd been friends for a longer while, and they seemed more interested in me than before. Note: I had not been friendzoned by them, they knew I'd been in a relationship, so they probably knew I was now out of one too. Don't even start with the friendzone shit. Anyway, I had my chats with them, one at a time, and told them that I'm really now just aiming to get my brew. So I left both of them alone and went for my beer. (4)

Once I had my cold, frosty pint in my hand, my eyes were on the prize. And contrary to what you might think, it wasn't a woman, but the table where my friends were. There was this narrow passage between me and the table and a girl was sitting there, my crotch being at her eye-level. As I passed, I gave her the crotch instead of the ass. It's only polite. I smilingly said "sorry, that's the only way I could've passed without spilling beer on you. And I really want this whole beer to myself". She smiled, I turned towards our table, sat down and took a sip of that sweet beer. (5)

A few minutes later, one of the girls at our table asked me if I know that girl back there. I replied that I didn't, why? She said that she'd been looking in our direction a couple of times since I sat down. So I checked her out, and not until now I noticed that she's actually quite hot. So I gave her a smile and turned back towards my friends. I did this a few times, and after a while a table became free next to us, which her friends and her then decided to storm. (6)

She then tapped me on the shoulder and told me that I've got a nice helmet (N.b. Skateboard helmet, you pervs). I said "Thanks, I get that a lot. Safety first, you know.". We introduced ourselves and she asked if I want to go to an afterparty. I told her that I'm a bit tired after a great day but I wouldn't mind if she kept me company to my place. She did. (7)

As you may have noticed, I've numbered the paragraphs, and this is why:

1. Don't be sad, be awesome.
2. Enjoy life. Enjoy spending time with friends. Hang out a lot.
3. A mixed crew works better than an all-guy crew.
4. Don't flog a dead horse.
5. Be nonchalant. But not too much.
6. In best cases, they'll come to you.
7. Women want the same thing men do, we're just that much more obvious. That's why I'll refer back to No.4.

Have fun! That's my point. You get laid, you don't get laid, it doesn't matter. What matters is that you enjoyed yourself. Not every girl you meet is a potential girlfriend either, nor are you a potential boyfriend for every girl. Deal with it. This however doesn't mean that the two of you can't have fun together while at the same time knowing that you won't be a couple.

All of this boosts your self esteem. You'll like yourself more, and more people, women included, will like you more. When you meet Miss Right, you'll have all the necessary tools to a) get her and b) keep her.

For b) keeping her, you must not be a douche. High self esteem can often lead to becoming a complete asshole, don't be an asshole. Always remember to be polite, considerate and honest. Never make promises you can't keep. 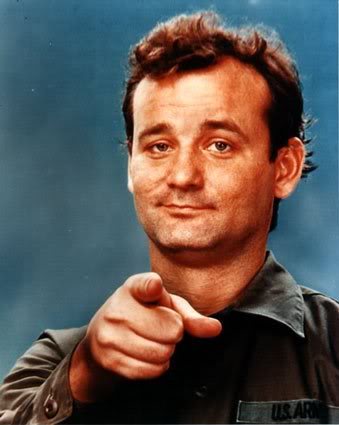 Shifterson. In order to have someone like you, you must first like yourself. If you need me to elaborate on this, I will. But now I must do work, for I am at the office, reading ur problumz.

If they actually like you, you'll eventually fuck. Maybe.

Noice. Finally that's confirmed. Now, just to get some good cash for selling RvP and giving Podolski the number 10 jersey, they can get to work.

Did you see the two previous ones, especially Batman Begins?

I might have to go out with her now. That'll teach her not to send any taters anymore.

I thought you had a lady?

What can I say, things change.

I thought of going about it that way, but then I decided to not to as it's not in my repertoire and I probably couldn't pull it off in the creepy manner that's necessary in order to achieve either a) a phone number or b) a restraining order. There are experts here who probably could give me some valuable pointers, I know. But I decided to be awesome instead.

We've been half-flirting for a longer time now, and now she sent me spuds. The signs are there. Wait..

I might have to go out with her now. That'll teach her not to send any taters anymore.

A couple of days ago, I went to eat lunch at this local place near work (where I go quite often), and apparently as I was there much later than usual and it had been a busy day at the restaurant, they had run out of potatoes to go with the tasty fried salmon. So I jokingly said to the girl by the cash register that I want her to compensate fully for this horrible atrocity and that until I would be, I'd boycott the restaurant and spread around rumors of their Soviet-style kitchen where there’s just simply not enough to go around.

Today, I received a parcel in the mail, addressed to my office. It contained 1kg of potatoes and a card that said: “Our Company deeply apologizes for the injustice you had to face”.

Now here's a music video with stuff happening in it.

This is last night at about 11:50PM. I managed to walk this far from the boat/bar that's across the river when it started storming like hell. After being stuck there for about 15 minutes, I decided that I'm not made out of sugar (old Finnish proverb) and walked home soaking wet.

Also, managed to get a lightning video'd at 15s.

Oh wow, that is horrible! Thanks!

I'm also thinking of Hatebeak. Can't really go wrong with a grind core band with a parrot as a lead singer

FC Twente had struggled to a first-leg draw against FC Inter Turku. Their reunion was, in contrast, a formality. Leroy Fer and Nacer Chadli both struck twice, while Glynor Plet hit his fourth of the campaign as Steve McClaren's men eased into the next round with a 6-1 aggregate win.