I always liked them

you are going to paint your car with a rubberized plastic coating?

I would love a sport version of the C30

it has an Rdesign badge on the front grill not sure if thats the sport version or not.

the Volvo C30 that I have in my shop right now isn't so bad for a hatch back, it has to be the first Volvo that I have seen that I liked. there are others that look decent but I would still rather have a sedan. and as Jay said it's all in what you are used to seeing.  my 90% is an opinion not a fact. but still possibly made up

The coolest thing I own    my Body Shop. the Cobra Mustang and MR2 Spyder pictured  are mine too.

All style, no substance. These all look nice and cool and part of me thinks "I should get back into this game, looks awesome!" And then I remember it's an awful experience.

well you should consider how much fun it was for me when I played with you. always thinking about yourself

Fun with firearms is not mature?  Pffff  The type of target matters not as long as you have a safe backstop.

the only reason I own firearms is to wreck shit at long range! I love to shoot and it's more fun to shoot at shit that breaks into pieces. I don't hunt at all because cows, chickens and pigs taste better than wild game.

good thing it has a scope for that extreme distance

i drop a mine infront and behind a tank, then smaw it and the moron bails out

i drop mines in little shadowy hidden bits, some mong on my team sticks his in the open and gets all our mines killed

doesn't that credit the nade with the kill?

i drop a mine infront and behind a tank, then smaw it and the moron bails out

i drop mines in little shadowy hidden bits, some mong on my team sticks his in the open and gets all our mines killed

i want to play this again

but gave away my accounts

you can get them back if you dont care about pissing off who ever you gave them to.  I have no idea why I still pay for one of my accounts it has been nothing other then a $15 a month chat room for the last 4 years for me. I'd sell my accounts for cash but I wouldn't give them away.

I've seen Iron Maiden twice now (2008 and 2011) and to say they're awesome is a gross understatement. I wasn't even a fan until I saw them the first time. You will seriously not be disappointed.

More tweaks and fixes on the way.

link from 4 months ago?

Showrunners David Benioff and D.B. Weiss acknowledged the likeness during the commentary feature on the show's DVD box set, noting the decision to use the model was motivated by budget and not by politics. "George Bush's head appears in a couple of beheading scenes. It's not a choice, it's not a political statement. We just had to use whatever head we had around," they said in the commentary.
HBO and Benioff and Weiss issued a pair of statements late Wednesday apologizing for the incident.
"We use a lot of prosthetic body parts on the show: heads, arms, etc. We can't afford to have these all made from scratch, especially in scenes where we need a lot of them, so we rent them in bulk. After the scene was already shot, someone pointed out that one of the heads looked like George W. Bush," Benioff and Weiss said. "In the DVD commentary, we mentioned this, though we should not have. We meant no disrespect to the former president and apologize if anything we said or did suggested otherwise.

why they would have his head around is anyone's guess. but I don't buy the fact that they didn't do it because they thought it fitting for him. but I could care less.

I can log into origin no problem but not battlelog

im having the same issue  and I am a premium noob

yeah paying for the stamp was the part that really made me say wtf     look bubba I gots me a silenced .22

why the hell would anyone want that on their gun?  to sneak up on small game?

To claybar, buff, cut and wax a car takes well over four hours... And that's how you get rid of swirl marks. Swirl marks are part of being a black car, and a buffing machine isn't what causes it. I'd rather use a machine than do it by hand, work smarter not harder. You get the same result.

first of all if you are going to go through all of the steps of buffing a car you have no need at all for a claybar and it might take 4 hours for an armature but I have been painting cars for 20 years. my point was there is no need at all to machine buff a car unless you have deep scratches and if you hand wash your car and use the right products for polish or wax you wont get swirl marks.  buffers DO cause swirl marks if you don't use the proper product and pads as do automatic car washes.  I own a body shop and have been painting cars for 20+ years I am pretty sure I know what I am talking about.  swirl marks are only part of being a black car for people who have no idea how to prevent them.

You realize, it would take well over 4 hours just do buff it by hand? Not to mention the hour or so you'd spend clay baring the car. It's worth it to invest in machine buffer if you've got a black car.

4 hours?  it takes a half hour to polish my black mid sized truck. the only time you need a buffer is if you have to get scratches out. and you only put swirl marks in a car if you are using the wrong pad or the wrong product or you didn't wash the car first and were polishing the car with dust and dirt.

they need to add more people!  it can be a long wait sometimes to get a game

mine is barely over 1.  but I still have have fun so whatever.   I have been playing with Matty and his friends lately and having a good time

Those have been fun times. Even still, I get really frustrated and pissed off. That shouldn't happen when I'm at least playing with friends. It's finally hit me just how bad BF3 is if it's able to do that to me. Or at least how bored of it I am.

well damnit part of my fun is hearing you rage!  so you have to keep playing

mine is barely over 1.  but I still have have fun so whatever.   I have been playing with Matty and his friends lately and having a good time

Janes WW 2 Fighters with updated graphics would be awesome.    it was more arcade than sim but I thought it was the perfect mix of the two for quick action without having too much to bog it down and make it a chore. 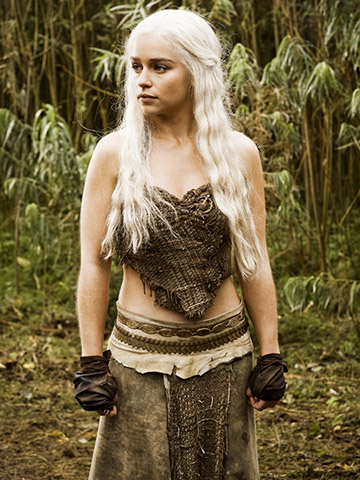 I played the beta a couple weeks ago and had fun with it. I played alot of solo, with a couple friends, and with random groups. the game world is huge and there is plenty to do for what ever play style you like. you can play alone but why would you?  it is alot more fun in groups and even more so with friends on voice coms. the main reason I never bought Skyrim is because it's single player I don't care how good the game is I don't want to play alone the whole time.

yeah Matty was playing (hacking) with it last night  he went like 27-0 because me and a couple other guys were reviving him the whole round. the hackusations were flying

im doing a full restoration on a 65 Mustang  part of that being a suspension upgrade. Everything is new none of the old suspension is utilized. final cost including parts and install around $13000  the car sold for $2400 in 1965

anyone else get into the alpha testing? I just got an invite today

I have been in fights like that but to see it from outside the action and edited and narrated well was pretty cool.  some serious discipline on those fitting changes during combat though.

I didnt expect I would watch this whole vid but it kept me watching the whole way through.

yeah  it was probably me

But not you Christbane. Good heli runs

Extremely frustrating when every single piece of equipment comes gunning for you though.

yeah we had the whole team trying to shoot us down.  having a good pilot makes being a gunner effortless

love all the forum rage on the blog!  why the hell does anyone care if some lazy bastard wants to buy the unlocks? it would be something to be pissed about if it was a day one advantage.

Dude, this is fucking Battlelog. They play a game there called Forumfield 3 (actually the sixth Forumfield game but whatever) where the objective is to get as pissed off as possible, for whatever reason no matter how small. Now, if you approached this rationally (as you and I have) you wouldn't get as pissed off, and then would not be as good at Forumfield 3 as the guys on Battlelog are.

I enjoy it  I was not complaining. it still makes me wonder though