Yeah all the "austistic" stuff was what you posted though, right?
E-mail ur reply back asap.

Aren't you the guy who would come home from school and eat a tub of ice cream while trying to grind into the top 50 for four stars?

Minus the ice cream, yes. I was a fucked up kid and used this game to escape reality for a few years.

Going thru my old hard drive and found a bunch of autistic bf2 memes and shit from when i was a teenager, made me think of this place. Cant believe this site is still up. I miss the shit talking and all the drama that came with this game and site back in the day.
Good seeing you fuckers ~~~|TOP| Patton

Haven't been on here in a while but im glad i decided to come by. I'm 25 now and I still remember being a nerdy 15 year old obsessed with ranking up in BF2 and making stupid posts about it 30 times a day lol...cant believe that shit was 10 years ago.  This site was a huge part of my life in my teenage years which were a wreck, you guys kept me sane and i met more than a few good people here.

http://steamcommunity.com/id/pattonowns <- steam if you wanna keep in touch

what it iz my nigga

Haha I havnt been on here in months just dropped by. Glad there's atleast one person who misses me. <3

who let that fag uzique back on the site

what it iz my nigga

girl i thought i got preggers got her period wheeww

It was my birthday yesterday, turned 23. I threw a party at my house had like 60 ppl over and got fucking wasted.

heavy tension. I might get a medium one my left hand is fucked up i need to start off lower

So how is redneck-life treating you?

i bought one of these so i can do heavy deadlifts without using straps like a bitch, and its helped tremendously i highly recommend it

i have 4 10s right now im gonna get 2 12s and run about 2k watts to them. My 10s sound good but they dont hit the lows. and no i fuckin hate dubstep

ronnie is a pussy

sometimes when im going in reverse backing out of a parking lot i smush little cars under my back wheels, usually its a car driven by one of those people

put it on a bucket lol 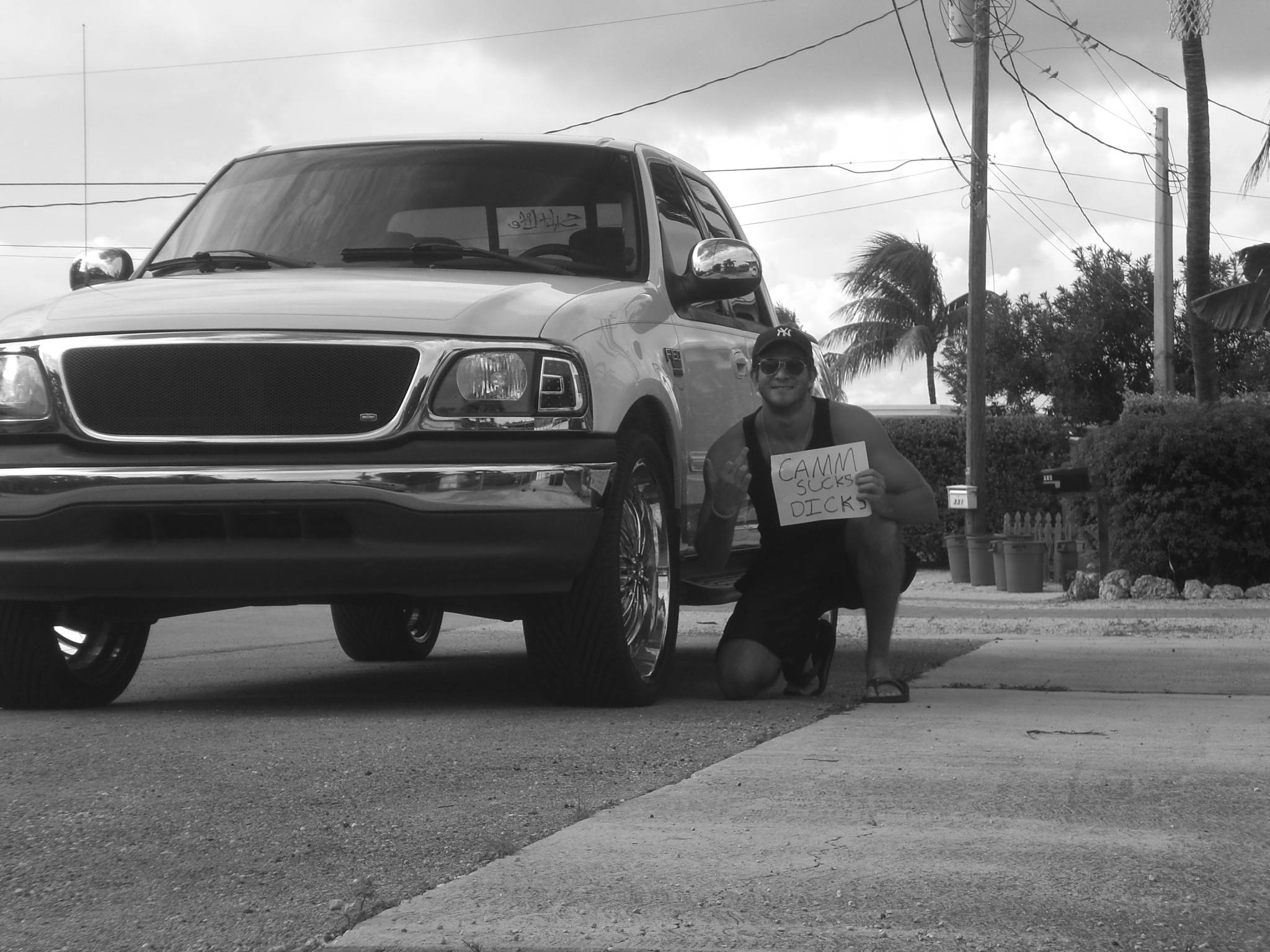 i can top this brb

but it would be cool if i put 40 inch swamp boggers on it right? I drive to my job to the gym and my friends houses and to tow my little whaler to the boat ramp i dont haul shit around all day its fine. And 24s are like 3200 with tires new i got these for 700 bucks of craigslist with brand new tires that go for 385 a piece.

I would be embarrassed to drive that.

what do you drive?

trolling battlelog forums is more fun than playing the game

My truck, just put on my new 24's last saturday.

new black headlights and black grille on my truck

This thread is basically for young virgins who have their sights set on the hot chick that a lot of dudes would bang, and because they have the experience she goes for those guys every time. Then the virgins, instead of trying to get some experience instead, move on to looking for the next hot chick, and thus the cycle continues.

You gotta realise that just because you have high standards doesn't make you a high standard person to the opposite sex. You can't be down about your situation and have low self esteem yet somehow think because you only like classy girls that they're going to somehow pick up on your apparent taste and want to be with you.

You gotta have higher standards for yourself. If you've got no experience that means starting with a girl that is perhaps a bit below such lofty ideals (ie. someone you realistically may have an actual chance with) and then progress from there.

Most of what I've seen here is the equivalent of a bedroom guitarist stating that the first band they will play in must have a gold album and done several national tours. Ain't gonna happen.

bingo thank you lock thread now so whenever someone looks at last page they see this.


Its like everything else /b/f2s you need EXPERIENCE dont go after 10/10 first. Slay some hoodrats and crawl your way up the pussy ladder until you reach the top rung.

This thread makes me laugh...seriously. 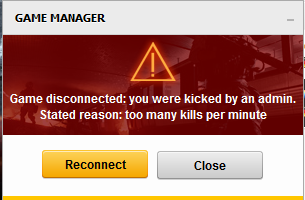 I was US on metro and we were getting baseraped like fuck, I managed to flank, took out 6 people with 4 m26 darts, ran in to a room with 5 or 6 people hiding in a corner and I ran in to them and threw down a grenade, presumably killed them, but got kicked.

look what gaming has reduced too.

i already fuck people up with the G3A3 with RDS+forgrip+heavy barrel. Improved accuracy and damage oooooooooohhhhhhhh yeah

lock on anything is fucking gay and dumbs down gameplay.

bring back the singer from DC?

lock on anything is fucking gay and dumbs down gameplay.

i think i made this in 2006. Butler was doing it all damn night and the 10 of us playing together couldn't stop laughing.

I can still recall the thrill of that scale and freedom I had when I first tried the game. It was the BF1942 demo on Wake Island (before I joined the crew here at DICE) and I was raging over those damn fighter planes that kept dropping bombs on my head! However, rage and confusion turned to evil grin as I found the AA-guns and used them to good effect!

Well that explains everything. The current lead designer of Battlefield's first experience was being bombed, and turning to AA to shoot down those pesky pilots.

He does however make it sound a lot better than it looks in the trailer. I'll probably still skip it in favour of the tank one.

god i miss that game so fucking much

lol I wonder what these maps will play like with 64 players.

LOL @ 55 him emptying a clip down a hallway and not killing anyone. are these the type of dipshits that code and test this game?